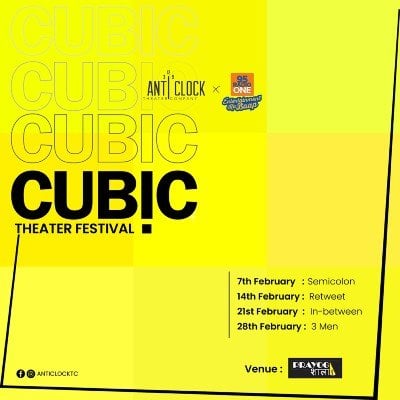 Let me start with a brief background of my venture - AntiClock Theater Company (ACTC). The seed of ACTC was sown in 2014 to address the need for modern and meaningful theater. Since then ACTC has launched various productions focusing on relationships virtualism mental health and other issues that are not really conventional. The idea is to create original work by using various crafts and metaphors music and lights.

Having more than a decade of theater experience we thought it is the right time to launch a festival. Also, the pandemic has taken a toll on our entertainment needs! So we have announced the Cubic Theater Festival (CTF) this February. CTF will bring four of our productions; to be staged one each every weekend.

Here is a brief about the four plays:

A semicolon represents a sentence that the author could have ended but chose not to. Sometimes the best thing to do is to pause. The play aims to represent this through the lens of a relationship and a reference to mental health.

ReTweet is a satirical take on contemporary relationships and the impact of social media and dating portals on relationships. The play questions the modern ideas of love relationships and friendship. This a sequel to the 2014 play 'I want to Tweet'. However, it is not necessary to see the first part to enjoy this play.

This story focuses on a modern couple and their issues. It also satirically depicts how society looks at a couple and actually personifies the society in the play. Would the couple's idea of love and compatibility change?

This is a new production being introduced this season. It is about two stepbrothers coming together over their father's death. The play also comments on the stigmas surrounding men; often heard that men don't cry men don't feel pain and many such others. This will be one of its kind experience filled with emotions and black comedy. 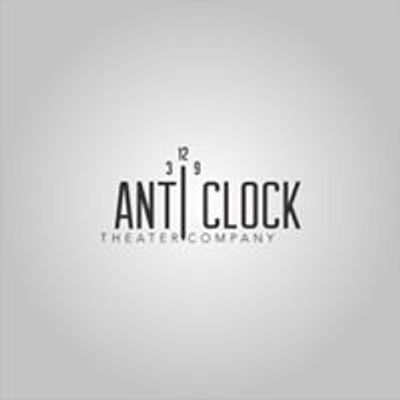 11 months ago A must watch!! Amazing story and concept. Great dialogues and acting! See All Reviews