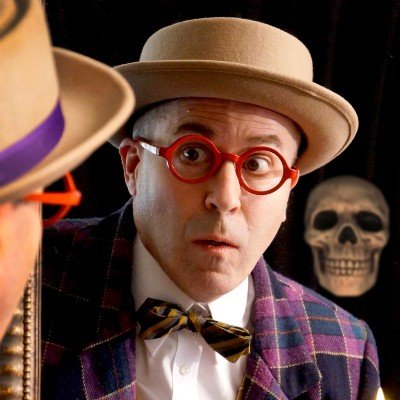 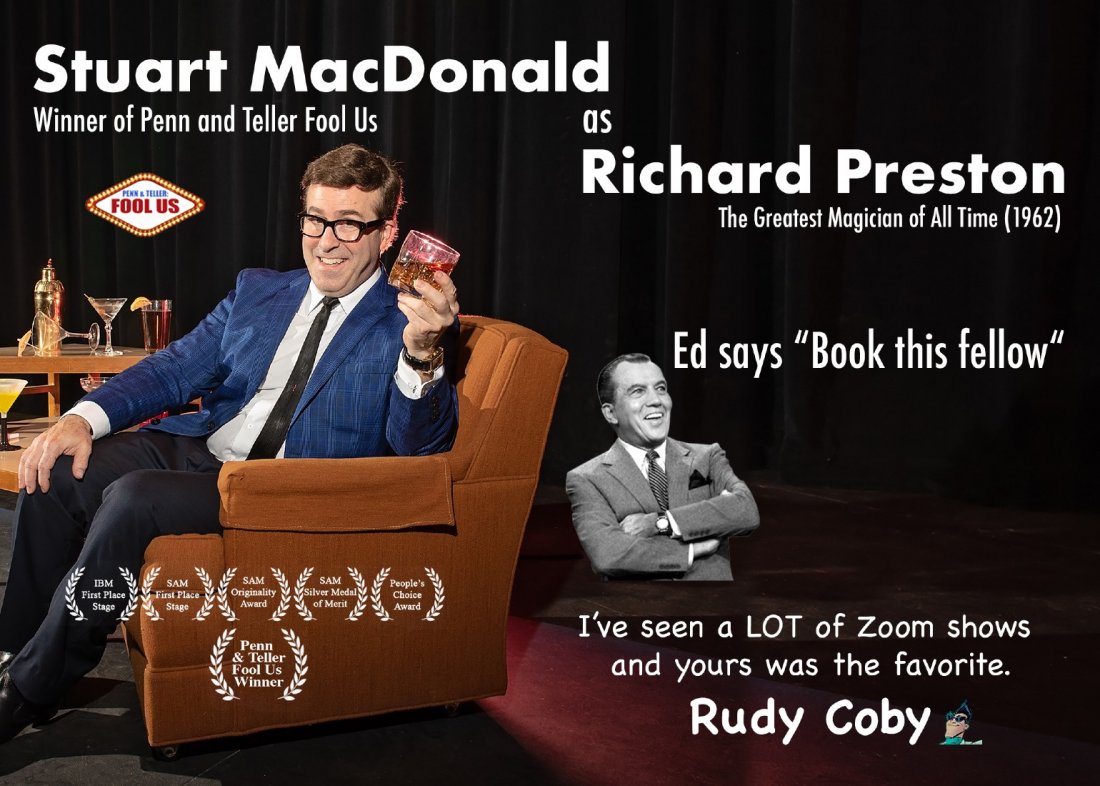 Stuart’s virtual magic show “Richard Preston’s Cocktail Capers” is a nutty tongue-in-cheek blast-from-the-past that will not only amuse you but will fool you as well.

Stuart developed a completely new character piece for the one-hour show, titled “Richard Preston’s Cocktail Capers.” The premise: Mid-century entertainer Richard Preston, magician to the stars, was cryogenically frozen in 1962 so he could entertain colonists in humankind’s first settlement on Mars in 2050. But with everything that’s gone wrong in 2020, getting the world through it in one piece will require the best of us all so the governments of the world voted unanimously to thaw him early. “He’s performing his show, just like he did on his 1958-62 world tour. The only difference is the setting, it's a cocktail party with Richard Preston as your host and party magician.” Stuart said, “The character is a cross between Forrest Gump and Austin Powers. He's ultra cool and his magic influenced some of the greatest historical events in modern times. From WW2, Roswell, JFK, Fluoride in the water, Marylin Monroe, Elvis and more, Richard's stories coupled with his magic is like a one man play.”

The show is also interactive, giving ticket buyers the chance to take part in the magic and even perform tricks themselves. Stuart has performed around the world, including shows in Greece, South Korea, Italy, Spain, China and the United Kingdom. In 2017 he was a guest on the TV series “Penn & Teller: Fool Us.” He won the famous FU Trophy, performed in Vegas with Penn and Teller. Teller upon meeting Stuart backstage said "Hands down my favorite fooler."


You may also like the following events from Stuart MacDonald: 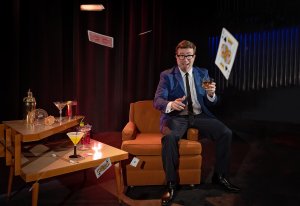 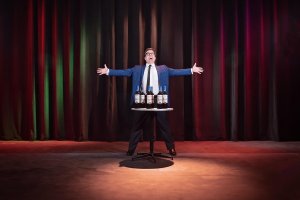 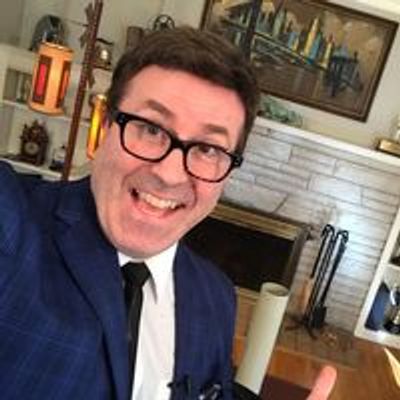 Follow Contact
The Richard Preston Zoom Magic show is a quirky fun show that will fool you and make you laugh till it hurts.
Report a problem ?