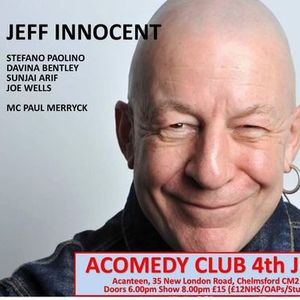 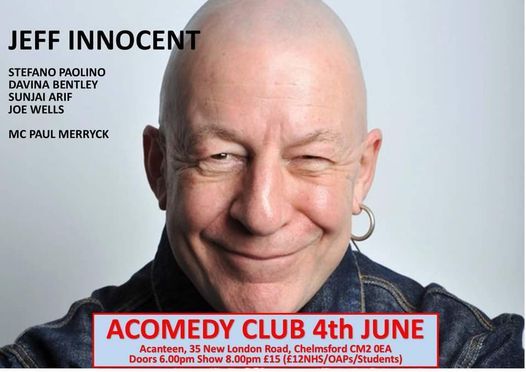 ***TICKET UPDATE – WE NOW ONLY HAVE A FEW TABLES FOR 3 (£45 inc. fees) AND A FEW TABLES FOR 4 LEFT (£60 inc. fees) VIA THE LINK BELOW. TABLES FOR 2 AND TABLES FOR 6 ARE SOLD OUT. BUT IF YOU WANT A TABLE FOR 5, 6 OR MORE CONTACT US AT Q0hFTE1TRk9SREFDT01FRFlDTFVCIHwgR01BSUwgISBDT00= AND WE’LL TRY AND SORT SOMETHING OUT FOR YOU. REMEMBER FULL REFUND IF THE SHOW IS CANCELLED FOR ANY REASON AND £3 CASHBACK ON THE NIGHT FOR ALL OAPS/NHS STAFF/STUDENTS - JUST BRING PROOF OR LOOK REALLY OLD***

AComedy Club returns with a post-lockdown spectacular, featuring a wonderful line-up of comedians...

Jeff Innocent
Jeff is a popular and experienced stand-up comedian, actor, writer and cultural commentator. As a stand-up comedian he has reached near legendary status among his peers and audience alike by staying at the top of his game for over 15 years. He was voted Best Live Club Comedian 2016 at the UK Comedy Awards.

"The body of a nightclub bouncer and the brain of a university boffin"
The Guardian
"It should be made law that every British citizen go and see Jeff Innocent, he's that funny"
Evening Standard

Stefano Paolini
Stefano is a stand-up comedian who performs impressions, characters and beatboxing to create highly entertaining routines. He is a popular face on the comedy circuit, as well as doing voice-overs on radio, television and online.
"ACE…….an obvious star" THE SCOTSMAN

Joe Wells
Joe Wells has made a name for himself with his hilarious and personal material about life as an autistic man. He has supported Frankie Boyle and Alexei Sayle on tour. he has appeared on BBC2s Ouch! Storytelling Live and his viral stand up clip about his non-autistic brother has over 1.5 million views

Sunjai Arif
Sunjai is an exciting new talent from the south coast rapidly making a name for himself across the UK. A charming and engaging comedy story teller, he’s definitely one to look out for in the coming years.

You may also like the following events from ALovesComedy:

Tickets for AComedy Club 4th June 2021 can be booked here. 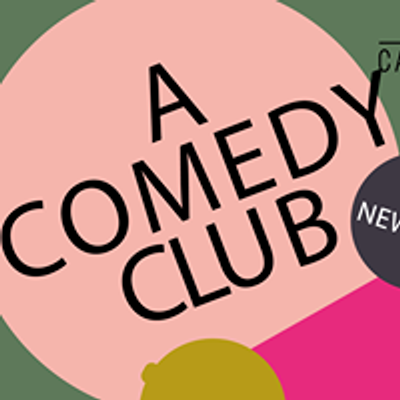 ALovesComedy
Follow Contact
About The Host: The first Friday of every month join us for some amazing comedy acts, great food and drinks! £10 on the door Doors open 6pm Laughs start at 8pm
Website Link: www.acanteen.co.uk
Are you the host?
Nearby Hotels Acanteen, 35 New london road, Chelmsford, United Kingdom
Report a problem ?