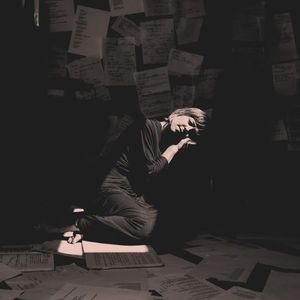 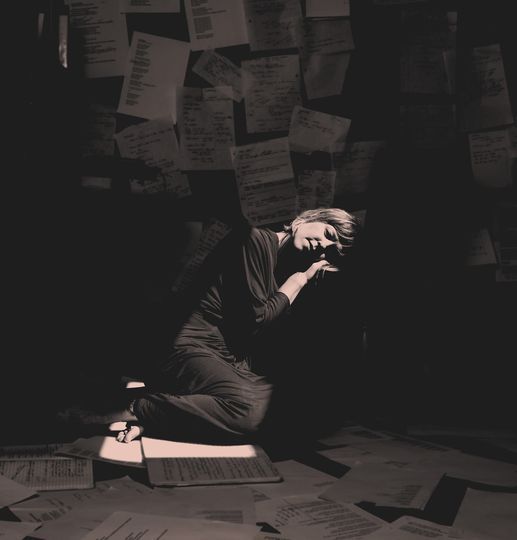 Emily Barker is an award-winning singer-songwriter, best known as the writer and performer of the theme to the BBC’s hugely successful crime drama Wallander starring Kenneth Branagh. She has released music as a solo artist as well as with various bands including The Red Clay Halo, Vena Portae and Applewood Road (with whom she released a remarkable album of original songs recorded live around a single microphone, dubbed “flawless” by The Sunday Times) and has written for film, including composing the soundtrack for Jake Gavin’s lauded debut feature Hector starring Peter Mullan and Keith Allen.

As a performer, Barker is captivating and accomplished, with an adept understanding of audiences that finds her equally at home touring with punk troubadour Frank Turner as she is with American multi-Grammy-winning musician Mary Chapin Carpenter.

On A Dark Murmuration of Words, UK folk singer Emily searches out the invisible connections that shape a rapidly shifting modern world. Like the dark matter that makes up the bulk of the universe or the shape-shifting coordination of a flock of starlings at dusk, it’s the gaps of the unspoken, invisible, and unacknowledged where reality takes shape. Barker’s sixth full-length release, A Dark Murmuration of Words (out September 4 via Thirty Tigers) is a timely exploration of climate change, racism, sexism, and myths of economic progress through the lens of what it means to return “home.”

Born and raised in a small town in Western Australia, Barker relocated to England in her 20s, where she began performing at open mics while working at pubs and cafes. “I had this constant question of whether or not I should go home, but music kept me here,” she says. This lingering nostalgia brought with it a meditation on our conceptions of home. “This question was amplified by our increasing climate emergency and contending with the fact that Australia was originally owned and lived on by indigenous people. My home was acquired by force. ”Wrestling with these questions eventually birthed the song Nostalgia,” which, after a chance performance at a London house concert, became the theme song for the critically acclaimed BBC’s series Wallander, which allowed her to go full time as an artist. Her first albums found themselves treading comfortably in folk, blues, and soul territory, with Barker’s major musical influences having come from artists like Carole King, Aretha Franklin, Joni Mitchell, and John Lee Hooker. Her last album, Sweet Kind of Blue was produced by Matt Ross-Spang (John Prine, Margo Price) at Sam Phillips in Memphis, TN, garnering her a win for 2018 AMA-UK Artist of The Year. For her current album, however, Barker joined forces with producer Greg Freeman (Portico Quartet, Peter Gabriel, Amy Winehouse) in pursuit of a more modern sound inspired by contemporaries like Phoebe Bridgers and Laura Marling. Enlisting the help of a whole flock of musicians, they began production at StudiOwz in Pembrokeshire, Wales. “It was the middle of November, this old chapel-turned-studio, and we slept in the adjacent farmhouse, working 16 hrs a day for a week,” says Barker. “It was a completely different experience, so immersive.” Together with Rob Pemberton (drums, percussion), Lukas Drinkwater (bass), Pete Roe (guitars, keys), Misha Law and Emily Hall (strings), Barker and Freeman sculpted a soundscape that plays with color and texture, largely eschewing the warm, analogue constant of Sweet Kind of Blue. While still recorded predominately live and on analogue gear, the arrangements and production shapeshift like a flock of starlings and creak like the floorboards of an old house. This is an album with nooks and crannies, full of secrets to uncover with every listen.

A Dark Murmuration of Words contends with a modern era built on racial and gender inequality, poverty and slavery, environmental exploitation and the climate crisis, finding them all connected by the dark shadow of patriarchy, pursuits of power, and the suppression of history. “Finding meaning becomes challenging with the deafening clamour of social media in this age of fake news,” she says, “but it’s important to try discerning the patterns, learning to pay attention to things closer to home as well as to overwhelming global issues.” Referencing Emily Dickinson’s assertion that “If you take care of the small things, the big things take care of themselves,” Barker draws connections between the familial, the local, and the global: a mother sings to her unborn child, asking for its forgiveness on Strange Weather, Where Have The Sparrows Gone? looks outside an apartment window and imagines a post-apocalyptic birdless London, and a monument to a Confederate general comes alive for a “how-I-got-away-with-it” confession on Machine. Throughout A Dark Murmuration of Words, all of our choices, our unspoken prejudices, our carelessness, connect us to the whole, but becoming aware and honest on a local, personal scale, can begin to effect change, allow for healing, and tease out beauty from chaos. “Like the starlings in a murmuration, where the movement of each individual bird is related to just seven of its closest neighbours,” Emily Barker says, “none of us are aware of the fluctuating shapes being created by the flock.”

Tickets for EMILY BARKER duo with Lukas Drinkwater can be booked here. 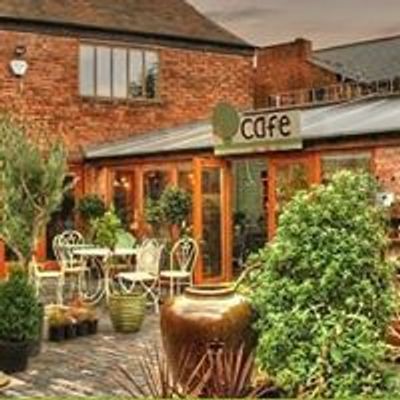