Kennedy Douglas Center for the Arts

About the performing artists:

Jeff Plankenhorn’s life in music has taken him from a childhood in Ohio as a boy soprano, to battling addiction, to two decades as a first-call session guitarist in Austin. Now a successful solo artist, the slide guitar virtuoso is collaborating with his musical heroes and rocking festival stages all over the country.ts Rock and Americana radio charts (#5 and #44). The four-piece band that bears his name has become a favorite on the festival circuit, scoring spots at Old Settlers Music Festival, Kerrville Folk Festival, Telluride Americana Music Festival, and Austin’s annual New Years Eve blowout at Auditorium Shores.Well before he started rocking festival stages as a solo artist, Plankenhorn was already in the musical DNA of his adopted home of Austin, Texas. His bluesy, slide-driven guitar style was born out of jam sessions, residencies and house shows played for local audiences eager for the electricity and edge-of-your-seat musicianship that makes Austin the live music capital of the world. “In Austin,” he says, “few players rehearse. You show up and you play, for better or for worse.”That freewheeling philosophy, and the disciplined songwriting craft that underpins it, is the result of Plankenhorn’s almost ten-year run as a member of the Resentments, a supergroup of sorts that hosts one of the longest running residencies in Austin. Every Sunday for the last 20 years, a rotating cast of Austin’s best songwriters has brought their newest tunes to debut at the Saxon Pub, an Americana stronghold on the famous Lamar Street. The group walks a tightrope between improvisation and songcraft that is thrilling. This musical bootcamp sharpened Plankenorn’s writing process and gives his songs a lived-in ease.Over five freewheeling solo albums, Plankenhorn has drawn on a wide range of styles, combining influences from electric blues, progressive bluegrass, sacred steel, and powerpop to create a musical identity all his own. A big part of it is his voice. Plankenhorn grew up in Ohio singing choral music as a boy soprano. The vocal clarity and power he developed in those early years is evident in the soulful baritone he employs now.The biggest contributor to Plankenhorn’s sound is his virtuosic touch on anything with strings - ranging from electric and acoustic, guitar to dobro and lap steel. His most distinctive sonic paintbrush is the custom electric dobro he invented, appropriately called the Plank. If you’ve listened to roots music from Austin in the last couple decades, you may have heard it - a sharp, crunchy slide sound derived from the instrument's combination of a lap steel neck and electric guitar body. That distinctive burn is all over Plankenhorn’s 2016 album, SoulSlide, in addition to

recordings from Austin greats like Ray Wylie Hubbard and Joe Ely. (In between solo gigs, he’s a first-call session guitarist.) Word of mouth at his shows has even resulted in a few one-off orders for the Plank, including from members of Wade Bowen’s band and Blue October.Plankenhorn’s early musical upbringing was as eclectic as his career might suggest. In his 20s he was as likely to be found arranging horns in a 12 piece funk group as playing guitar in a progressive bluegrass band. But his biggest musical influence by far, he says, is Stevie Wonder, whose positivity is all over Plankenhorn’s songs. Stevie’s mastery of instrumental harmony can also be heard in the jazzy, descending chord progression of “Further to Fall.”Plankenhorn is a magnet for diverse ideas and collaborators, and his genius is in bringing them together. Sleeping Dogs merges styles effortlessly, juxtaposing sweet-hearted anthems like “Love is Love” (a response to the Pulse nightclub shooting) against ominous, weathered tunes like “Tooth & Nail”, which he co-wrote with Ray Wilie Hubbard. Several of the album’s standouts are the result of collabs with Americana royalty, including “Holy Lighting”, which features a duet with Patty Griffin. Tying it all together is a big-heartedness that speaks to a worldly approach to Americana music.Plankenhorn came to Austin by way of Nashville. The way he tells it, he met outlaw-country great Ray Wilie Hubbard on a Nashville sidewalk, sat in with him that very night on dobro, and, before he knew it, had a long-term gig crashing on Hubbard’s couch in Texas hill country. From there, he launched a new chapter as a solo artist, and Hubbard is a mentor to this day.The last few years have been a time of outstanding creativity and commercial breakthrough for Plankenhorn - success for which he credits his sobriety. “I’d toured the country and played the world, but it wasn’t until I got clean and went to rehab that things really started to come together.” Since getting clean seven years ago, Plankenhorn has channeled his addictive energy into songwriting. He lives half the year now living with his wife on Vancouver Island, Canada, where he spends idyllic days writing and playing with their dogs. The other half he spends in Austin, where he remains in demand as a session player, cowriter, and producer. The success of his last two albums have brought international interest in his music, and full tours of Europe and Canada are in the works.


Lucky for us, natural musicians are drawn to Austin like honeybees to a sunflower. For every writer with a dream and a beat up Martin guitar, there is a slinger with a Stratocaster, a Berklee grad with a fiddle or a cowboy with a pedal steel. An embarrassment of riches, we suppose.

“Scrappy” Jud Newcomb is a Mississippi boy who hit Austin in the late eighties as a young guitar virtuoso, and has since evolved into a pillar of the local scene, as well as an all around good citizen. His first steady gig was with Troy Campbell and the legendary Loose Diamonds, and as his reputation got around he became a go to guitarist for a host of artists, both on stage and in the recording booth.

Newcomb is the Austin version of the big hair guitar god. He can play anything with anybody at any time, and when it comes his turn you’ll want to hear every phrase, every nuance, every lick. He’ll close his eyes and slip somewhere far away, and the beauty will just pour from his fingers like praise from a mother’s lips.

Early on the great Stephen Bruton became Newcomb’s good friend and important mentor. Jud followed a path remarkably similar path to Bruton’s, session guitarists that grew into singers, songwriters, producers and prominent arbiters of style and taste for the larger creative community. They played and traveled together until Bruton’s death in 2009.

Newcomb also played regularly with Ian McLagan and his Bump Band at the Lucky Lounge until Ian’s recent death, and he had a long run backing Toni Price at her weekly “Hippie Hour”. As a producer Scrappy has crafted albums for Beaver Nelson, Slaid Cleaves and Walter Tragert.

But Newcomb really shines as a solo artist, having released three albums of captivating original work, including Turbinado (2003), Byzantine (2005), and Ride the High Country (2008). He is also a key creative force behind a number of great albums by The Resentments.

These days you can catch Scrappy on Sunday mornings at the El Mercado with the Purgatory Players (with Jeff Plankenhorn, Seela Misrah, Jon Dee Graham, Jon Greene and whoever else might decide to show up and sit it). Then, on Sunday evenings, at the Saxon Pub, don’t miss Scrappy with The Resentments (with Miles Zuniga, Bruce Hughes, Plankenhorn and John Chipman). Maybe the best show in town, week in and week out.

Scrappy Jud Newcomb, tallest Texan ever to step out of Mississippi.

Three things you should know about Scrappy: (1) he got his nickname from the Loose Diamonds…it started as a joke, “scrappy” referring to a little tough guy (Jud is more reminiscent of a tall Texan), and the name stuck, (2) he travels light, and (3) he dreams of hiking in Slovenia.

Robert began his music career collaborating with members of the Subdudes, while living in Colorado. Cline’s debut album, “All The Right Reasons”captured the sounds and songwriting foundation of American music. Having grownup in Texas, his musical roots were in the Church and in choirs yet embraced the Austin flavors. By blending rich harmonies and grooves, Cline’s passion for the songs came alive in heartfelt country waltzes and ballads.Following his first studio album, Robert began earning his chops touring as a troubadour and performing with members of the Subdudes and later with backing bands such as The Austin A-Team and The Boys from Muscle Shoals.Cline’s sophomore release, "American Mojo,” is an “homage to Muscle  Shoals,” “oozing with spirit and feel” “through various musical styles” that “reflect Robert’s journey across America”– Americana UK. The “feels” are just as real, according to Cline. The 13 Track EP was recorded with the legends themselves! Featuring members of "The Swampers” and studio musicians such Spooner Oldham, David Hood, and The Muscle Shoals Horns, (who recorded Hit Songs with artists such as Otis Redding, Aretha Franklin, Etta James, Wicked Wilson Picket, even Bob Dylan). The B side of the albumreflects the country heritage of the Shoals, with songs co-written with Earl “Peanutt” Montgomery, songwriter of 73 songs recorded by George Jones and original member of the FAME Gang.Roots Music Report awarded “American Mojo” a four out of four starsreview (4/4 STARS), with both single and album charting in the TOP 5! The album reached #35 on the American Chart with radio air play on over 190 Americana and country stations.Since the release of “American Mojo,” Robert has logged three successful European tours and thousands of miles across the US, gaining national and international reviews. Robert has written toured and performed with many of his heroes, including:Robert Earl Keen, Buzz Cason, Shelley King, James LeBlanc, Shiny Ribs, Carolyn Wonderland, Delta Moon, Willis Alan Ramsey and many other talented artists. OfficialFacebookTwitterInstagramYouTubeSpotifyBandsintown

You may also like the following events from Robert Cline, Jr.:

Tickets for USD 15 on eventbrite.com 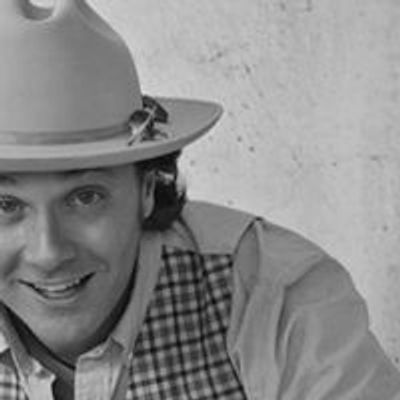