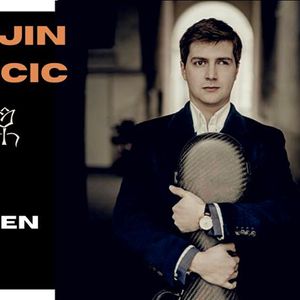 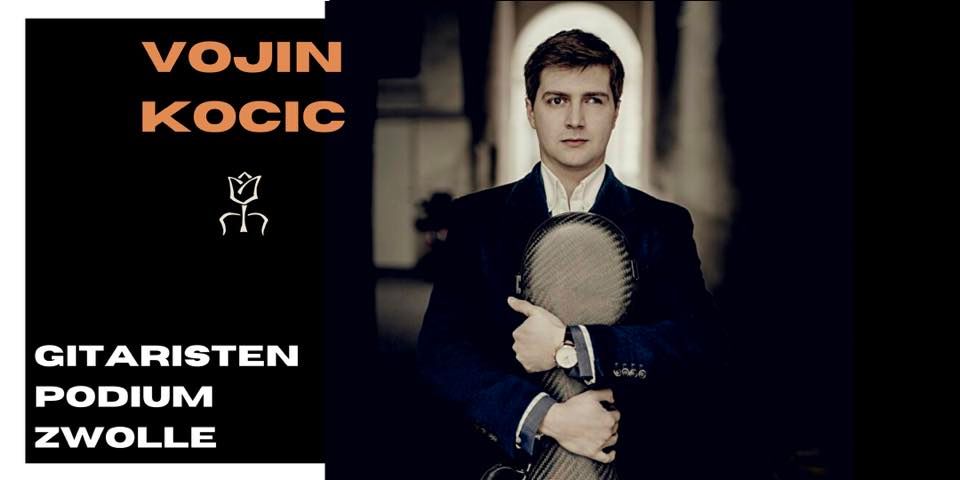 Thanks to his musicality and expressive playing, virtuosity, guitar music interpretation from the Renaissance to the music created in the 21st century, Vojin Kocić belongs to the very summit of the international guitar scene. Critics call him ‘Maestro of Gentle Tones’ (SRF, Switzerland).
He studied in a class of leading professors like prof. Darko Karajic, prof. Srdjan Tosic in Belgrade, and prof. Anders Miolin in Zürich, Switzerland. Vojin was perfecting his playing in 2007, 2010, 2014 and 2015 with Maestro Oscar Ghiglia at “Accademia Chigiana” in Siena, Italy, where he received “Diploma d’Onore” for his artistic achievements, as the only guitarist to receive it in the history of this famous Academy. He also attended the Master classes with famous guitar maestros such as Pepe Romero, Leo Brouwer, Hubert Kappel, Zoran Dukić, Dušan Bogdanović, Carlo Marchione, Paul Galbraith, Pavel Steidl and many others.
Besides the numerous first prizes won in his category at domestic and international competitions, he won his first international competition in the no age limit category when he was only 14, and then continued to win another 17 awards on prestigious guitar competitions, the most prominent being the 1st prize at “Citta di Gargnano” (Italy 2009), the 1st prize at “Ruggero Chiessa” International Guitar Competition (2010), the 1st prize at Heinsberg International Guitar Competition (Germany, 2017). Vojin’s last achievement is the 1st prize at “51st Michele Pittaluga International Guitar Competition” (Alessandria, Italy 2018) where as a prize winner he got opportunity to record his second CD for Naxos record label, as well as concert tour in 2019. Some of the most important concerts will be held in Tchaikovsky Hall in Moscow, Hermitage Theater in St.Petersburg, Verbier Festival in Switzerland, etc.
In December 2014 in Geneva, at the eighth finals of “Prix Credit Suisse Jeunes Solistes” (competition of all instruments and opera singers), Vojin was a winner of this prestigious competition. He was chosen for the best young musician in Switzerland and besides the prize money he was given an opportunity for a debut at the prestigious Swiss Lucerne Festival in 2015.
Vojin Kocic has held over 200 solo concerts in various European countries such as Switzerland, Germany, Austria, Italy, France, Portugal, Ukraine, Greece, Slovenia, Slovakia, Croatia, Bulgaria, Montenegro, Macedonia, Serbia. As a soloist, he has performed with orchestras such as Ukranian Philharmonic Orchestra, Orchestra Classica di Alessandria (Italy), Atina Camerata (Greece), Symphony Orchestra of Radio Television of Serbia, Gudaci Svetog Djordja – Strings of St. George (Serbia), Orchestergesselschaft Zürich, Stringendo Orchestra Zürich, Orion Trio (Switzerland), Casal Quartet (Switzerland).
Vojin Kocic plays on D’Addario strings and records for NAXOS Record Label.

You may also like the following events from Dutch Guitar Foundation:

Tickets for Gitaristenpodium Zwolle: Vojin Kocić can be booked here.