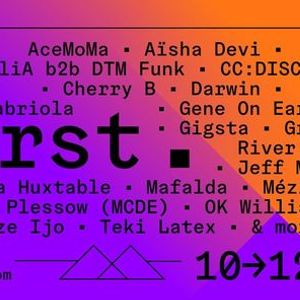 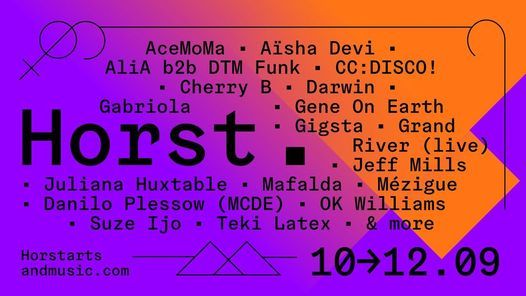 HORST 2021. — SEPTEMBER 10, 11 & 12.
ASIAT, VILVOORDE. — JUST OUTSIDE OF BRUSSELS.
The first dance at Asiat has been extraordinary. The symbiosis of autonomous artworks, community projects, inventive dancefloors, circular architecture, and the collective experience of an immersive music festival makes us think about what a festival can be. In what's the weirdest of times, we're truly looking forward to what's coming next.

????.
======
After a year in which our interactions and sense-of-self have been defined and reduced by online meetings and digital avatar-like representation, the Horst Exhibition will celebrate the raw fleshiness of the human body. Protesting bodies; dancing bodies; love-making bodies; tripping bodies - the concept of bodies in alliance as a way to enforce empathy, solidarity and community.

?????.
======
The 2019 edition was met with raving reviews as Horst moved to a new location: the ASIAT site, a former military site with two iconic cooling towers as a backdrop. The vast warehouses, efficient barracks and spacious driving courts have been taken over by nature. In a space where time stood still, Horst brings back energy and bewilderment
????????.
=========
Horst is made possible with the support & trust of our partners:
Stad Vilvoorde - KU Leuven - Keytrade Bank - Vlaanderen - Eristoff - Vedett - Red Bull Elektropedia - Payconiq by Bancontact - Studio Brussel - Bruzz - VICE Belgium - De Morgen.
???? & ???????.
=============
More info & tickets can be found via www.horstartsandmusic.com. Full program will be announced in the coming weeks. Stay close. See less
#Horst Arts & Music Festival || 2021 #Music

Tickets for Horst Arts & Music Festival || 2021 can be booked here.