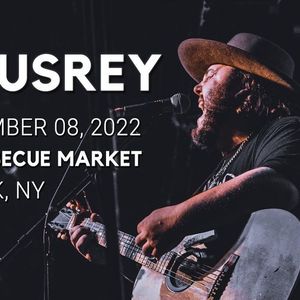 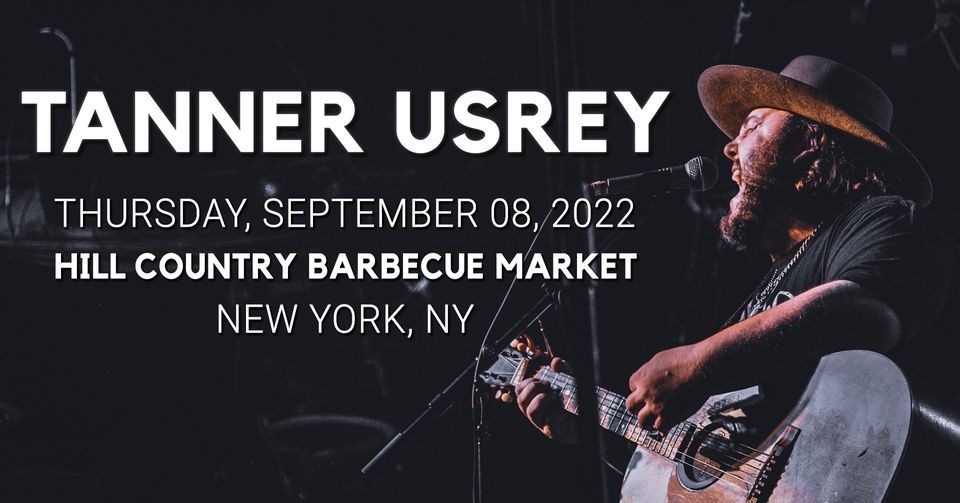 Born and bred in Prosper, TX, Tanner Usrey is a singer and storyteller with a vocal styling all his own. Usrey released his first EP titled “Medicine Man” in 2019. Since beginning his career, Tanner’s style has developed into a soulful, country-rock sound that has built him a strong following across streaming platforms with over 25 million streams.

Tanner has performed at many notable venues and festivals sharing the stage with some of Texas Country's top acts. Taking that momentum, Tanner has gone on to open for notable artists and most recently had his song "The Light" featured in the Season 4 finale of Paramount Networks hit TV show, Yellowstone.

His most recent release, SOL Sessions, features 5 songs that showcase Tanner’s talents as a writer. His diverse artistry is juxtaposed with energetic songs like “Time Bomb” and softer, more intimate melodies as heard in “With You.” Tanner weaves together heartfelt lyrics that tell stories people will easily find themselves connecting with and thinking about long after the song stops playing. From catching the eye of someone at a bar to fighting and making up with your lover or self-reflecting and allowing yourself to change, Usrey’s newest EP has a song everyone can relate to.

At the end of the day, Tanner Usrey's soulful southern style and dedication to his craft create a space where audiences can’t help but listen. If his “SOL Sessions” EP is any indication of where Usrey’s musical journey is heading, the music world has a lot to look forward to.

Gooseberry is a 4-piece band from Brooklyn, New York born during the Fall of 2019. Their combination of indie rock and soul is a recipe for a unique sound that Gooseberry delivers in each song. The band consists of Asa Daniels (formerly of Baked Goods) on guitar/vocals, Evin Rossington (drums), Sam Rappaport (keys, vocals), and Will Hammond (bass).

The band is a genre-bending alchemy of many disparate elements. They are often referred to as having "two bands in one." This phenomenon can be attributed to the distinctly different approaches of their two chief songwriters—Asa and Sam. It is this dynamic that enables Gooseberry to deftly maneuver from a song like The Protagonist, which comeherefloyd described as "indie goodness" with a "catchy melody, pulsing beat, and boastful guitars," to a song like Berkshires, which NYS Music says harkens "back to major influences like D’Angelo, Donny Hathaway, and Stevie Wonder."

While the pandemic put a halt to live music right about the time Gooseberry teamed up, the group kept busy, recording and releasing three singles which have racked up greater than 100K streams to date. Per Tonemill, "The music feels live, organic and...we can imagine belting out adoringly while swaying our bodies at a Gooseberry gig."

Gooseberry's debut EP is due out in 2022.
New on the block, Gooseberry has already begun developing a devoted following in and around New York City, running the full gamut of venues from The Bowery Electric to DROM to house shows across the boroughs, quickly staking their claim in the ever-lively Brooklyn music scene. Fans know they'll be kept on their toes, as the band moves in and out of genres and styles, always keeping the crowd engaged. The band expects a big year on the road in 2022, starting off with gigs at famous NYC hotspots like The Knitting Factory and Mercury Lounge.

Tickets for Tanner Usrey w/ Gooseberry can be booked here.