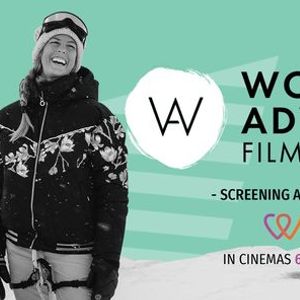 The WOMEN’S ADVENTURE FILM TOUR is back for its fifth season!

This is Australia’s original women’s adventure film tour, created by Adventure Entertainment and presented as an official part of WOMEN’S HEALTH WEEK by Jean Hailes for Women’s Health. This short film festival is a celebration of the inspiring women around us who are doing extraordinary things in the name of adventure.

Every year, our selection of unique films are carefully chosen to show women achieving their personally adventurous goals. Being adventurous doesn't always have to mean being the fastest, going the highest or doing the most extreme things. Adventure for most of us is just stepping outside of our comfort zones and climbing our own personal Mt Everest. The films showcase real stories about women from a variety of cultures and sports around the world. We aim for the festival be enjoyed by women, children and men of all ages.

All ticket buyers will have the opportunity to enter an awesome prize draw from the Women’s Adventure Film Tour official partners including THERMOS and OSPREY.

The WOMEN’S ADVENTURE FILM TOUR is exempt from classification, but the films are suitable for the entire family and would obtain G/PG ratings.

** All competition entrants receive the opportunity to sign up for a 30 days free trial to ADVENTURE+ where you can watch the last 3 seasons of Women’s Adventure Film Tour and a host of bonus films.

You may also like the following events from Women's Adventure Film Tour:

Women's Adventure Film Tour
Follow Contact
About The Host: Get ready for the ride of your life. Join us for a selection of the best female adventure films ever produced!
Website Link: www.womensadventurefilmtour.com
Are you the host?
Nearby Hotels Astor Theatre, Corner Chapel Street and Dandenong Road, St Kilda, VIC, Australia 3182, Wyndham City, Australia
Report a problem ?