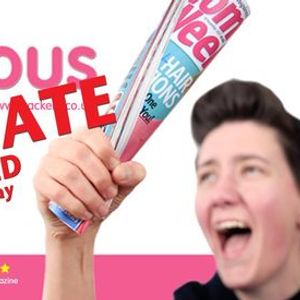 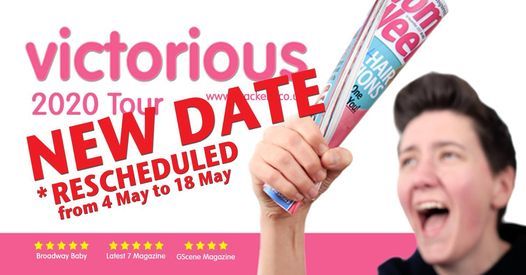 Winner of Best Show (Funny Women Awards 2019) and Best of the Festival (Brighton Fringe 2018), this hilarious and uplifting hour-long show celebrates the life and musical work of a much-missed British comedy icon.

Featuring a generous helping of classic Victoria Wood songs including 'Pam', 'Bum to the World', 'Music & Movement' and the unforgettable 'Ballad of Barry & Freda', deftly interwoven with Brackenbury's own original songs, witty poems and tender monologues written in memory and celebration of her life-long comedy hero.

VICTORIOUS - 2020/21 TOUR
For a list of confirmed tour dates see www.brackers.co.uk/gigs/ - with many more dates to come!!

Hannah Brackenbury is an established cabaret performer based in the seaside city of Brighton & Hove. She was a finalist at the Musical Comedy Awards 2016 and Pride's Got Talent Cabaret 2018. She is also the musical director with the UK's longest-running LGBTQ+ impro troupe, The Short & Girlie Show.

"This comedian is a class act... if Wood could have chosen someone to celebrate and showcase her work... I'm pretty sure Hannah Brackenbury would have been on her shortlist" - Broadway Baby *****

"At the heart of this show is a deep respect for the late musical entertainment icon... a project born out of love and joy... Victorious moves you to tears and to laughter with a racy suburban rhyme and a tender touch" - Latest Brighton ****

"Hannah not only sings catchy and witty songs of her own, she also give Victoria Wood's catalogue the performance it deserves" - Richard Vranch, The Comedy Store Players

"A talented musician and funny lyricist, Hannah Brackenbury will tickle the funny bone of even the hardest to please" - Zhoosh

You may also like the following events from Hannah Brackenbury: 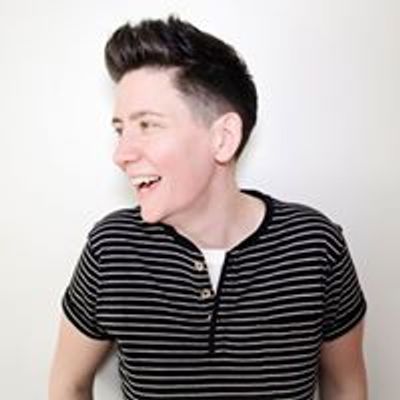 Hannah Brackenbury
Follow Contact
About The Host: Hannah Brackenbury is a comedy songwriter and performer based in Brighton, UK. She writes original comedy songs as well as clever song parodies, and has released two albums of original material – Postcard from Brighton (2010) and Jumbled (2016).
Website Link: www.brackers.co.uk www.myspace.com/hannahbrackenbury www.youtube.com/user/brackersTV
Are you the host?
Nearby Hotels Worthing Pavillion Theatre, Worthing, UK, Worthing, United Kingdom
Report a problem ?