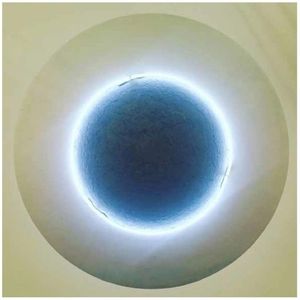 Spanning over 10 years of production this exhibition features prominent artworks by this versatile and prolific artist. Versed in a variety of mediums ranging from sculpture, installations and painting to performance and video, Shirley will fill the Sprinkler Factory's 3 galleries with the full breath of her production. Light sculptures large and small will animate Gallery 1 forming a meditative and awe inspiring entrance. In the rear galleries we will be able to explore further her site-specific installations. Special performances and presentations of her collaborative projects with Shirish Korde, Karen Gottschang and Algis Kizys will be presented during the length of the exhibition.

Raphaele Shirley (born 1969) is a french/american visual artist working in NYC. Shirley’ employs in her work diverse mediums such as LED, laser, neon, watermist, sound, and occasional pyrotechnics, as well as more traditional materials such as wood, metal and paint. She creates sculptures and site-specific environments which play on the tension between ephemerality and permanence. Shirley explores in her work the power of direct communication of materials as the carriers of meaning, in keeping with a minimalist language developed from the 60’ onwards. Shirley specializes in outdoor installations working with raw industrial spaces, natural environments and public parks. She collaborates regularly with composers/musicians such as Shirish Korde, Algis Kizys, David Watson, Laura Ortman and Rhys Chatham to further her installations with sound compositions and live performances.

You may also like the following events from Sprinkler Factory: