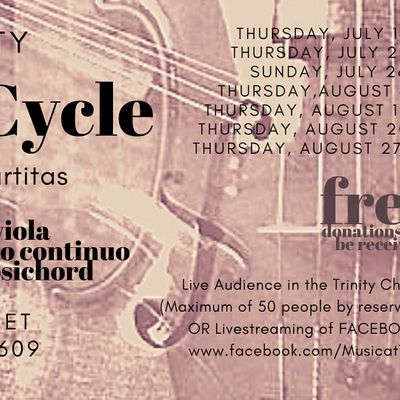 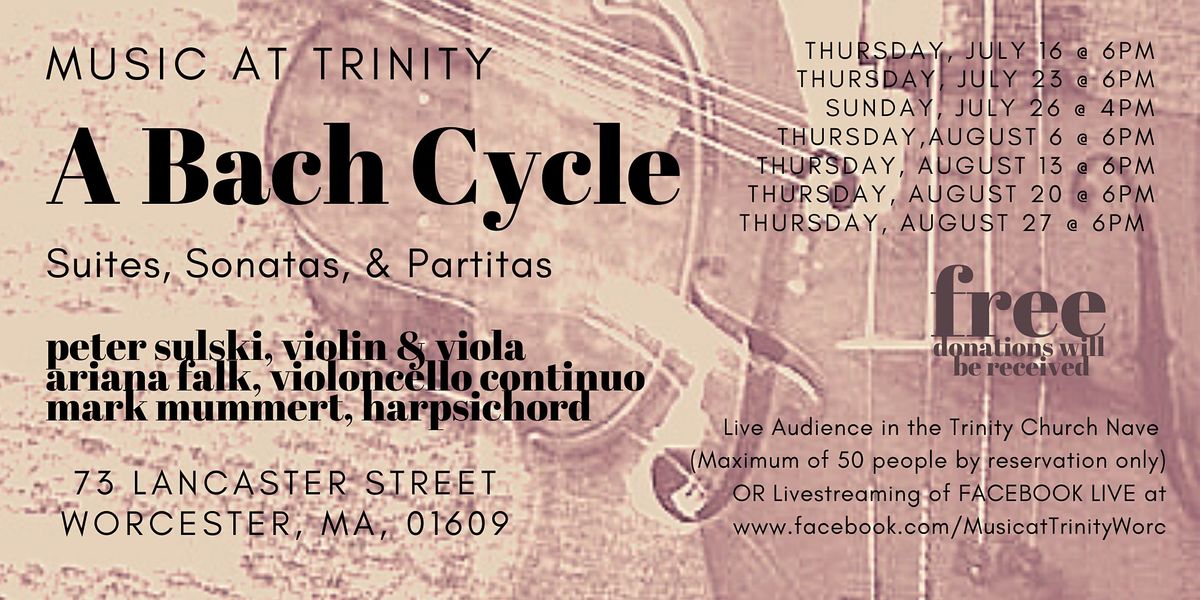 In a summer festival of work by J. S. Bach for strings, hear live in-person concerts of suites, sonatas, and partitas.

Join Peter Sulski (violin/viola), Ariana Falk (violoncello continuo), and Mark Mummert (harpsichord) for six Thursdays concerts at 6pm in July and August. In addition, on Sunday, July 26 at 4pm, they are joined by additional string players for concertos, to observe the commemoration of Johann Sebastian Bach near the anniversary of his death on July 28. 50 reserved ticket holders may enjoy the live 60-minute concerts in the large reverberant nave of Trinity Church in Worcester (seated in assigned seats to provide appropriate distancing). Anyone may observe the concerts also live-streamed on the internet via FACEBOOK LIVE. The concerts are free; donations will be received.

commemorating the 270th anniversary of the death of Johann Sebastian Bach on July 28, 1750

Tickets for A Bach Cycle: Suites, Sonatas, & Partitas can be booked here. 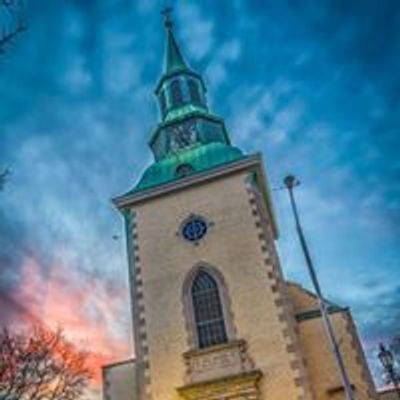