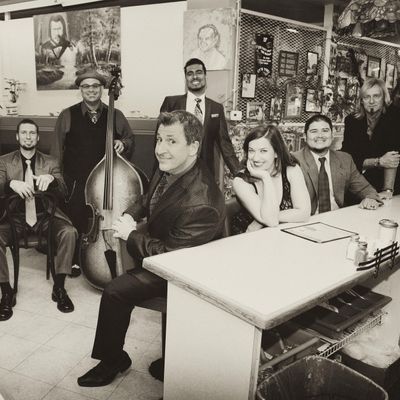 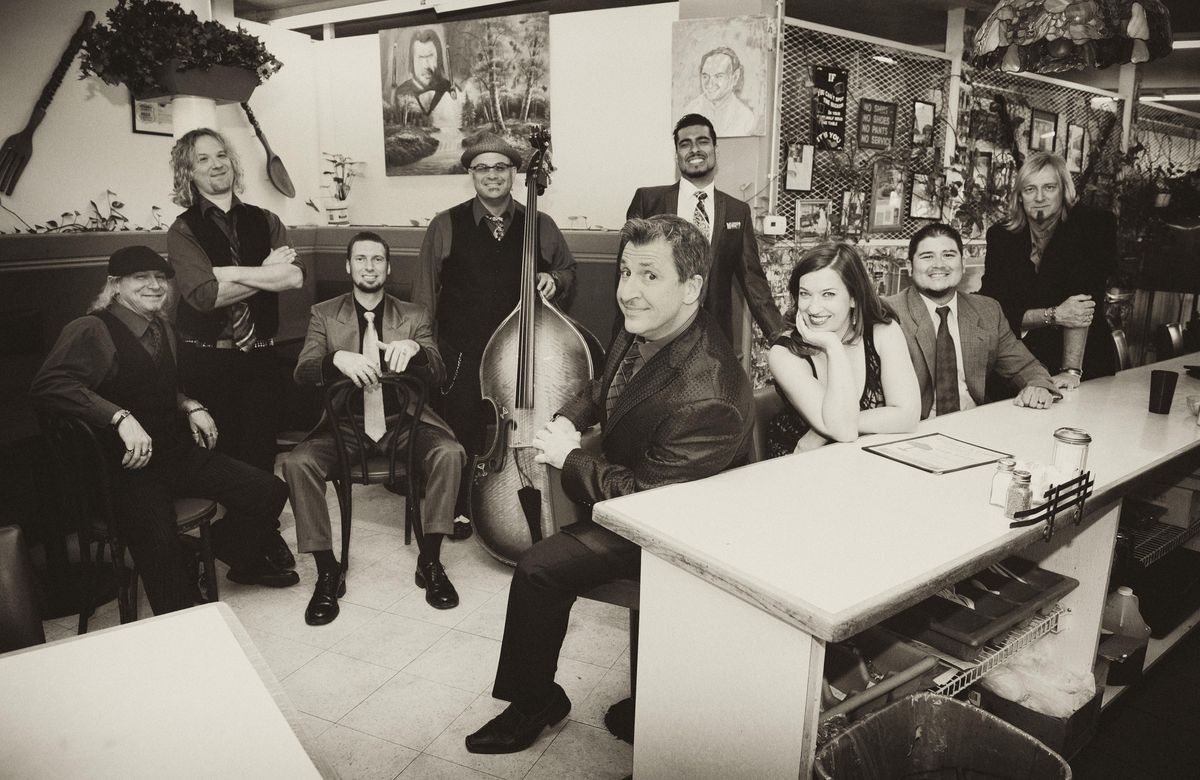 Louis Prima Jr. and the Witnesses return to the Colony in Woodstock NY

Louis Prima Jr. and The Witnesses are a boisterous, horn-driven, 10-piece New Orleans-style band known for their energetic performances that raise the roof and bring audiences to their feet. Their eclectic and rowdy style crosses several genres, from big band and swing to rock and blues, combining original music from their two albums with tail-shakin’ and foot stompin’ favorites from the five-decade career of Louis Prima Sr. With the band’s collective talents and diverse musical tastes, their shows have a sound that is unique while staying true to the vintage Prima style.

Music critics have described Louis Prima Jr. and The Witnesses as “changing the face of ‘big band’ music by combining facets of swing, rock and soul and packing it into one giant punch,” “unafraid to breach the vast divide between the golden age of jazz and big band music and hard- hitting rock and roll” and taking “the robust, swinging jump-blues style of his father and [driving] it up a notch with a contemporary energy of his own.”

Louis Prima Jr. and The Witnesses were formed in 2006 and have been performing to sell-out crowds around the world ever since. Less concerned about reliving the past than about creating a future, the band brings new energy and a current attitude to audiences with what has been called “the wildest show this side of the 60s.” Since their over-the-top breakout performance at the New Orleans Jazz and Heritage Festival, Louis Prima Jr. and The Witnesses have performed everywhere from Seattle to Palermo, from casino showrooms to music festivals and from small clubs to large performing arts centers.

The powerhouse band have recorded two albums, with a third one due out in 2022. “Return of the Wildest!” (2012) and “Blow” (2014) were both produced on the Warrior Records label and distributed by Universal Music Group. “Return of the Wildest!” features Prima Jr. and the band performing 10 Louis Prima Sr. classics with a razor-sharp rock-and-roll edge. “Blow” captures the energy and wild fun of a live show with 11 tracks including eight original songs written by Prima Jr. In its first week, “Blow,” which was recorded at Capitol Records, was the most-added album on American jazz radio and debuted in the CMJ Jazz Chart’s Top 25 and the iTunes’ Top 15 jazz.

Prima Jr. is the son of legendary entertainer Louis Prima, known for his New Orleans-flavored music and lively performances. Prima had a career that spanned five decades and included record-breaking contracts to perform in Las Vegas where legends such as Frank Sinatra, Elvis Presley and Louis Armstrong would regularly jump on stage with the entertainer and his band. His popularity was so great at one point that he was asked to perform at the inauguration of John F. Kennedy. His classic “Sing, Sing, Sing” was inducted into the Grammy Hall of Fame, he won the first ever Music Group Grammy for “That Old Black Magic” and his classic “Jump, Jive ‘an Wail” went on to start a swing revolution in the 90s.

Tickets for Louis Prima Jr. and the Witnesses can be booked here.

Event Photos
There is no photo available at this moment
Nearby Hotels Colony, 22 Rock City Road, Woodstock, United States
Event details from Eventbrite Report a problem ?