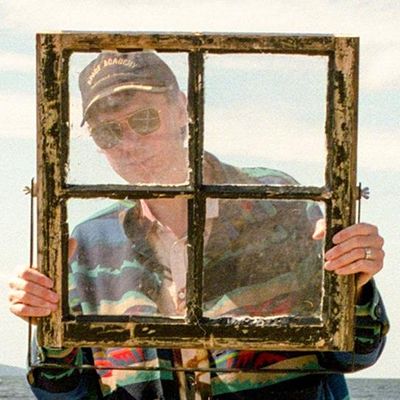 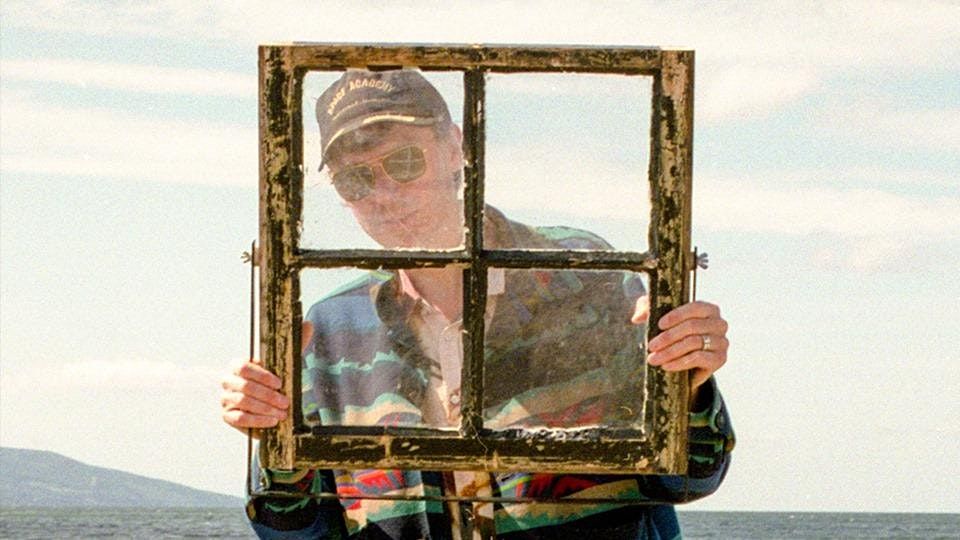 In a world increasingly defined by disconnection under the guise of digital bonding, Joel Plaskett is an analogue holdout, making his most solid connections the old-fashioned way, through the electrifying, uplifting experience of his live shows. That doesn't mean that heading out to get sweaty with a few hundred fellow good-timin' strangers at your town's most storied music venue is the only way to experience Plaskett's tunes—the warmth and care with which he works shines through on his albums, self-produced and recorded to tape at his New Scotland Yard studio in downtown Dartmouth, whether you're experiencing them on vinyl in your dim-lit living room or through headphones via MP3. But there's no better spot than under the bright lights of the stage to catch one of Nova Scotia's favourite sons, shredding in reverie alongside his band, The Emergency, harmonizing with his dad, Bill or spinning tales and songs on his own.

You can't make a reputation for yourself as a world-class entertainer without hitting the road, and there are few musicians who have tramped the globe like Plaskett has. That journey started in the early ‘90s with the playful and explosive Thrush Hermit and their signature neon ROCK & ROLL sign and hasn't stopped (in fact, the Hermit's bright red light is soon to be lit up again with a cross-Canada reunion tour kicking off fall 2019). For over a quarter century, Plaskett has delivered the masses intimate, scrappy singer-songwriter fare (In Need of Medical Attention, La De Da) incendiary riff-rock (Down at the Khyber, Truthfully, Truthfully) conceptual, operatic epics and off-kilter feats of musical stamina (Ashtray Rock, Three, Scrappy Happiness) and a collection of left-leaning folk partly inspired by the genre's British masters with his father (Solidarity). The last album he released under his own name, 2015's The Park Avenue Sobriety Test, showed him at the top of his game, using all the sounds in a wildly diverse musical toolbox. Rest assured that what's coming next will be unexpected, a new evolution for an artist who's never stopped shifting and exploring his medium.

Joel's musical contributions go far beyond his own music, too. Besides producing most of his own records since 1999, he's also set up shop behind the console at The New Scotland Yard studio, along with engineer Thomas Stajcer, to help craft a number of critically-acclaimed records for others. Working with artists like Jimmy Rankin, Two Hours Traffic, David Myles, Shotgun Jimmie, Dennis Ellsworth, Sarah Slean, Old Man Luedecke, Dave Marsh, Colleen Brown and longtime collaborator Mo Kenney has led to numerous awards for production and turned the studio into a popular destination for artists looking to make their mark. Out front, just a stone's throw from the studio, lies The New Scotland Yard Emporium, where Plaskett partnered with Halifax mainstay Taz Records to bring a great selection records to his adopted hometown of Dartmouth, helping shape the future of Portland Street by building a spot music fans can hang out and grab a coffee or beer while they dig for records.

Setting his impressive catalogue aside, Plaskett's legacy is in those communal experiences, the ones that have fans old and new belting out his songs for a couple hours before they stumble wide-eyed onto the sidewalk outside the club, buzzing with the life-affirming electricity that gets generated between the stage and the audience.

Mo Kenney never had that archetypal I-want-to-be-famous moment. But somehow she was always going to make albums, play live and get noticed in her native Canada and way beyond.

Maybe the clues were there in the way she saved up her lunch money to buy records, begged her parents to book guitar lessons for her and made demos in the modest recording facility at a school she wasn't even attending. Now, Kenney's brilliantly accomplished ‘In My Dreams,' one of Canada's most acclaimed records of 2014, is about to become one of the freshest and most inventive releases on the international stage this autumn.

And stage is the word, because the artist, born in Halifax, Nova Scotia, views staying on the road and playing for as many people as possible as her life's work. The reward is in the recognition she's enjoying from her discerning album audience.

‘In My Dreams' is already an award-winning follow-up to Kenney's much-decorated, self-titled debut of 2012. The new set swiftly secured an ECMA (East Coast Music Award) for Pop Recording of the Year, to sit alongside the same trophy that was bestowed upon its predecessor, which also took a Canadian Folk Music Award for New/Emerging Artist of the Year and no fewer than three Nova Scotia Music Awards.

The sophomore set is produced, as was Mo's previous album, by Joel Plaskett, the Canadian rock icon who can fairly be described as her great mentor and key creative collaborator. It was recorded in his bespoke studio, New Scotland Yard, in Dartmouth, Nova Scotia, and for his label, New Scotland Records. We'll return to the story of Plaskett's role in Kenney's career shortly.

In an undeniable progression from the sometimes acoustic folk-pop of the first record, the rockier framework of the new one reflects the fact that Mo is working more often with a band, in the studio as on stage. It's also a perfect showcase for her incisive lyricism. "That's something that's changed a lot from when I started writing, when I guess there was a lot more covering up of the truth," she says. "I'm more direct now, and I like it that way."

"When I'm writing, I'm not thinking about people that are going to be listening to it, which is helpful, so I don't have to worry about what I'm saying, I just go and record it." Indeed, to borrow a phrase, friends probably think this song or that song is about them. "Oh, so many people say that to me," she laughs. "If it is, I tell them."

The album's flagship song ‘Telephones' arrives with a suitably engaging and amusing video and provides an imaginative take on the traditional romantic predicament. It was first written and recorded by Canadian East Coast rock band Mardeen in 2008, and suggested by Plaskett as potentially rich material for Kenney. "I don't think very many people knew of it," she says. "But it was kind of a perfect fit."

Mo is now reaping the rewards of the musical inquisitiveness that started at an early age. She'll happily admit to the poptastic pre-teen period we all go through, when she momentarily favoured Danish hitmakers Aqua. There was even a stage when she was at home to hard rock, in the form of AC/DC and Ozzy Osbourne.

But then Kenney realised that instead of just listening to the guitar, she should be playing it. Unlike many artists who were dragged kicking and screaming to their first instrument, she begged her parents to arrange guitar lessons for her. "I'm not sure why I wanted to play guitar so badly," she says. "I don't even remember asking my mum to put me in lessons, I was that young."

"My uncle had a guitar. He was the only person in my family that I knew of that had a musical instrument. I remember it would just be kicking around at family gatherings, so I'd fiddle around on it. So maybe that's why. But I was so obsessed with playing guitar when I first started, I kind of assumed I'd be doing something with it later on in life. But I wasn't sure what it would be."

As her listening tastes developed alongside her own playing, Mo began to empathise with one much-admired composer in particular. I didn't really have a guitar idol when I was growing up," she says. "I only started listening to Elliott Smith when I was 14. That was the first kind of confessional songwriting I'd really heard. I was obsessed with him. I still am."

When she started to experiment with her music, fate took a hand. "There were a few bands recording at this school in downtown Halifax," she recalls. "I didn't go there, but I knew some people who did. They had a little makeshift studio where everybody could just go in and make demos, and Joel came to talk to us one day about the music industry, trying to give us advice on being a musician."

"So we played him one of our songs each and that was it, he went away. I think that was about 2007, I showed him my song, he really liked it and then I didn't hear from him. In 2010, I got a call from his manager, who's now my manager, inviting me to a songwriting camp."

"Joel had recommended me, and I hadn't talked to him in three years. Actually, it was my birthday. I was heading to work to go and make pizzas and I got a call. It made my day. I'd just been playing open-mic, and that wasn't really doing anything for me except helping me with my live show. I don't know how I would have managed if it hadn't been for Joel."

When Plaskett went on to sign Kenney to his label, she had the platform from which to create that debut album, and to find out about the music business. "It was a huge learning curve," she admits. "I had an idea in my mind what it was going to be like, and it was totally different. I was just really fascinated by how everything works."

As well as having toured in Canada with Plaskett, Ron Sexsmith and extensively in her own right, Mo is already no stranger to international audiences. She has played Iceland Airwaves, The Great Escape and Green Man Festival in the UK, where early in 2014, she toured for six weeks with her good friend, Scottish artist, Rachel Sermanni. Kenney is heading back to Britain, Ireland, and Germany in support of ‘In My Dreams.' The stage is literally set for her.

"Besides writing, the aspect of being a musician that I like most is playing live," says Kenney. "I love touring, so if I can build up audiences all over the place, then I can stay on the road forever, which is what I want."

Tickets for Joel Plaskett with Mo Kenney can be booked here.