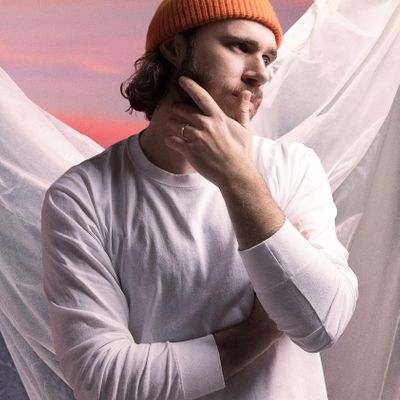 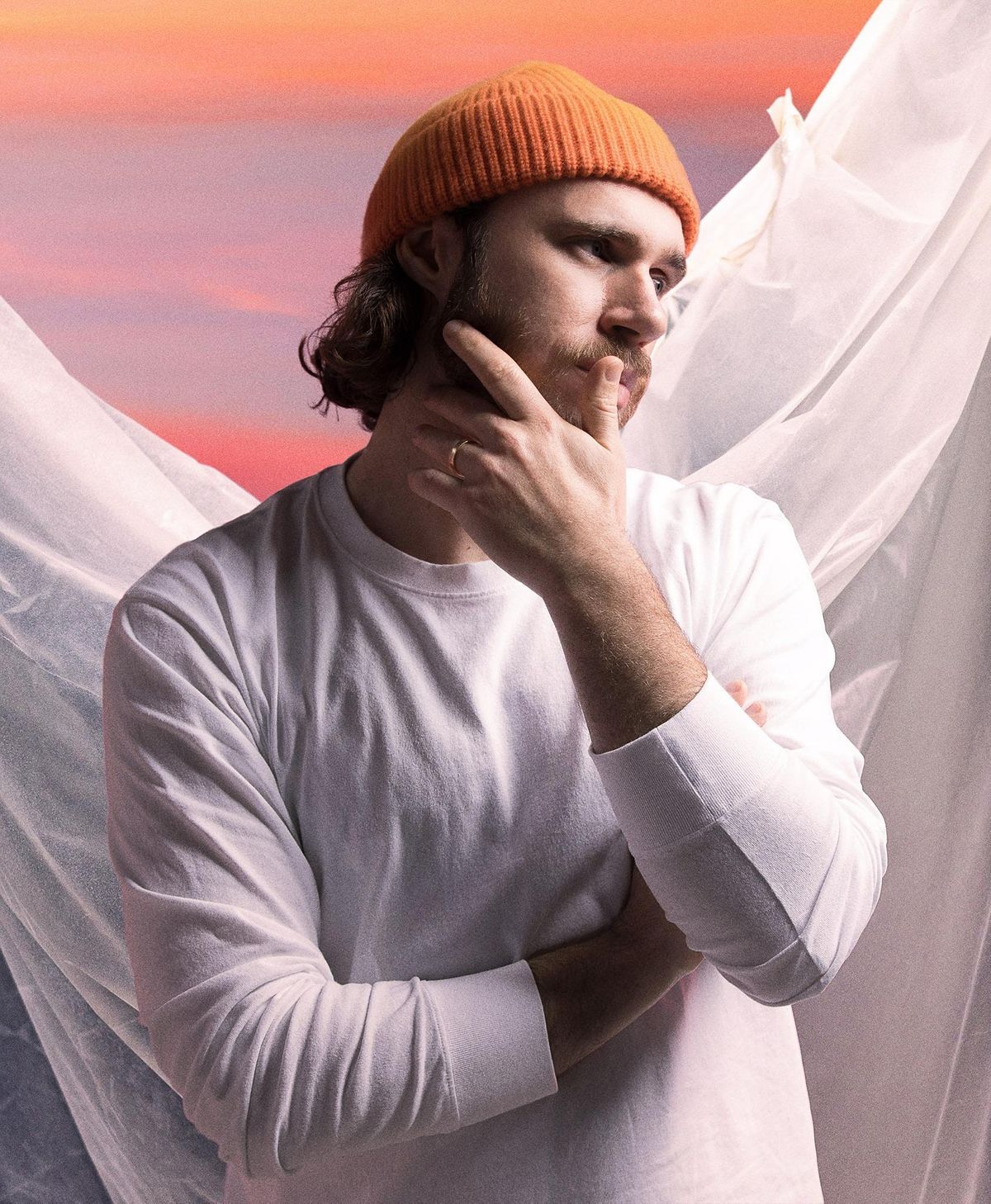 PLEASE NOTE: Any purchase of concert tickets through third-party sites or resellers is at your own risk. Tickets should only be purchased through winnipegfolkfestival.ca or someone you know and trust to reduce risk.

"There's a particular lyric on James Vincent McMorrow's forthcoming fifth studio album which works as a skeleton key for the entire record. It comes at the beginning of the sparse and rhythmic "Gone," when an animated McMorrow sings, "I give less fucks than I used to, still give a lot of fucks."

It's a sign of belligerent intent: known as a cryptic vocalist whose poetic lyrics often needed a second or third analysis, the line is a provocative uppercut. "I've always written in a truthful way," says McMorrow, "but I've grown a lot in these last few years and now I feel less fearful than ever." On this album, he's come to understand and accept himself on a deeper level. It's not about how everything in life suddenly makes sense; it's about making peace with the fact that nothing does.

Over the last decade, Dublin-born McMorrow has established himself as a multi-faceted songwriter with a vast spectrum of styles. He sings, produces, plays everything, and has a network of collaborators that stretches around the world. He's crafted a home for himself in the worlds of hip-hop and textured r&b even worked on Drake's 2016 album, Views. It's fair to say his early days of being pigeon-holed as an 'indie folk singer-songwriter' are long dead.

He's remained resolutely independent this whole time, self-financing his artistic ambition. But for his new record, Grapefruit Season, he felt it was time to push things up a level. "I've always made albums to the degree that I could afford, and they usually hit a wall. A point would come where you've maxed out your budget and you have to compromise," he says. This time, he wanted no compromises. For Grapefruit Season, he signed to a major (Columbia Records), flew out to LA, rented a big studio and started bringing collaborators in.

But things didn't work out the way he'd planned. The LA instinct is to move fast and get things made and out so that more can be made. The sessions were energized and fruitful, and he created a bank of special moments, but McMorrow quickly realized that the album in his mind -- the album that wanted to be made -- would require much more patience, detail, and specificity than LA would allow it. "I like to find something small that is amazing and blow it as wide as possible, then rip it back to square one," he says, "that's how I love to make music."

He'd also just become a dad, which made him look at his craft in a whole new way. "In the past, I used to equate productivity with working as much as physically possible," he says. "But once I had a kid -- and I had this small person I wanted to be around as much as possible rather than being in the studio -- I realized that it isn't about how much you work but what you create. I realized that if I didn't want to be in the studio, then it was because the work wasn't as good as it needed to be."

He went back home to Dublin. In LA he'd created the bare bones of something unique, but he didn't know what. He got back into his usual patterns: working on his laptop at home, or at his studio five minutes down the road. It swirled in his head, a million avenues he could walk down. He wanted to bring someone in to discuss the work, someone who could give him clarity. Then one day Lil Silva told him that the Grammy and Academy Award-winning music producer, Paul Epworth, was a big fan. "This was someone I'd admired since I was a kid," says McMorrow.

In Epworth's studio, a big refurbished church in North London, the pair explored their musical imaginations for a while. "I would play him something," says McMorrow, "he would run around the room, jump on some synths, or whip out a guitar and start playing something. It was super infectious. He energized me. He basically said: you don't need anyone's help on this, you got it. And when one of the best producers in the world is telling you that, it means something. I'd lost a little faith in my workflow and methods. But he helped me realize my brain would make sense of this."

McMorrow's internal journey of the last ten years underpins the lyrics of the album. "I have more responsibilities, people and expectations around me than ever, and the world is constantly telling me to change and grow as a person," he explains. "But I don't feel any more responsible or capable than I did when I was 18 years old. The record is about embracing the idea that it's okay to not have things figured out. It's about embracing the chaos and belligerence of life, rather than bending or changing yourself to suit what society expects of you," he says. "I see so many people trying to preach about some higher plane of thinking, but I wanted this record to just be like: I'm a mess, we all are, and that's okay." This feeling inspired the title of the record: Grapefruit Season.

"As a kid, I used to watch my mum eat grapefruit, she'd say it's good for you. I started eating it a lot, even though I didn't enjoy it," he says. "I feel like there are so many things in life that people tell you to do because it will be 'good' for you or it will 'change' you in some way. You can spend your life trying to have these revelations, and wait for everything to click into place or make sense. But life is chaos, nobody is in control, there is no big revelation. But there is magic. I finally feel accepting of who I am and at ease."

This idea that life is chaos spreads across the entire album. Epworth produced a handful of songs, and other collaborators include Lil Silva, Kenny Beats, Patrick Wimberly (Chairlift), and more. But the bulk of the album was written and produced by McMorrow himself. The result is myriad and intoxicating. Delicate acoustic songs sit alongside dancehall bangers in between tender r&b ballads. There's rap beats, emo-sounding live drums, and alt-country.

A perfect example of this is the enormous sounding "Headlights." The song opens with a vocoder reminiscent of French bloghouse, before evolving into a soaring gospel-tinged track filled with drum breaks that propel it forward. "I wanted it to start in a plaintive humble place and finish in this huge place," says McMorrow, whose crisp and glowing vocals, by the end of the song, turn strained and impassioned. "Everyone could start to leave," he sings, threading together bittersweet imagery of things around you fading away.

At the complete other end of the spectrum is "I Should Go," a sparse and soul-inflected jam with a thick bass line -- that was started with Tim Suby in LA and finished with Kenny Beats in between London and LA.

The song "Paradise," which was produced by Paul Epworth and Lil Silva, features a children's choir. The lyrics are about pretending everything is fine when it really isn't. "It features a children's choir because it needed to feel naive and sincere," says McMorrow. "I'd assumed this song wouldn't connect with a bunch of kids, but when they arrived in the studio they had learned every single line and couldn't stop singing it. It reminded me why we make music: it's not a selfish endeavor, it's for everyone."

There are no recurring motifs on Grapefruit Season. Every song stands alone, a group of islands, between which only connection is McMorrow's diverse musical imagination. "The album is completely disconnected, and I love that," says McMorrow. "I didn't want a sonically consistent album, because that's not how I listen to music. When I was a kid, I had 200 CDs in my car and would change songs mid-way, from Deftones to Justin Timberlake to N.E.R.D without any irony or concern. I've never brought that energy to my own work because I was afraid to. But I've lost that fear now. The result is a record that is by its very nature chaotic because that is how life is to me."

Tickets for James Vincent McMorrow can be booked here.