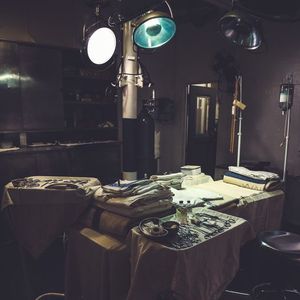 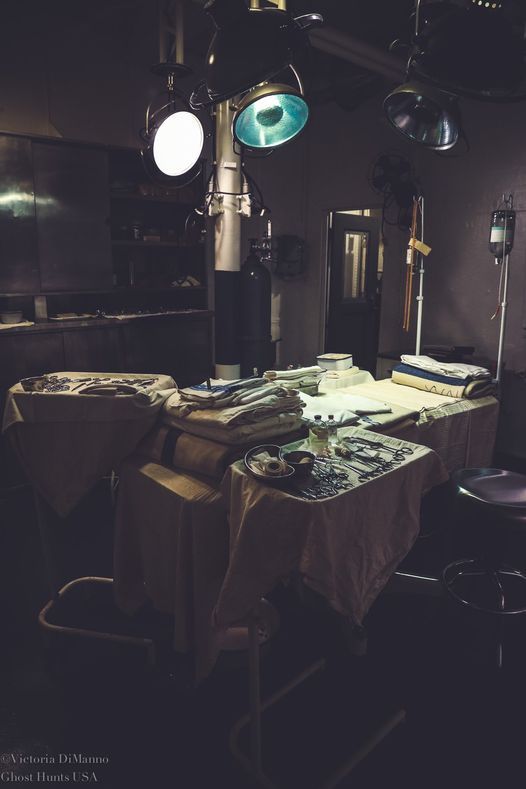 The USS North Carolina is the most decorated battleship from World War II. Earning 15 battle stars for her courageous actions in the Pacific Theater of Operations, the USS North Carolina saved thousands upon thousands of lives. This battleship that now commemorates the veterans and 11,000 North Carolinians that lost their lives in World War II, is a hotbed of paranormal activity that has drawn attention from investigators and enthusiasts from all over the globe!

There have been several sightings of full-bodied apparitions, particularly one of a young man with blonde hair that has been seen in several passageways. Apparitions and shadow figures have been witnessed peering through portholes and around corners. Hatches and doors have opened and closed themselves, lights turn off and on of their own volition, electrical devices turning on and off, items on the USS North Carolina move by themselves, people being touched, objects being thrown, disembodied voices, running, footsteps, and multiple EVPs (electronic voice phenomena) have been captured—one thing is sure, although the battleship has come to rest in the harbor at Wilmington, the spirits are still hard at work!

Commissioned in 1941, the USS North Carolina was a formidable seafaring weapon that required 144 officers and 2195 military men to keep her operating at top speed. Even though she took part in every major naval offense in the Pacific Theater, she only lost 10 men in action and saw 67 wounded. One of the most infamous attacks that left casualties was a Japanese torpedo strike in the battleship’s hull. Five men died during the attack, but the expertise of her crew allowed her to keep up with the fleet. Many believe the spirit of the young soldier that has been seen in the battleship’s washroom is one of the men who died in the torpedo attack.

After World War I, the United States retreated into itself becoming less involved in Foreign conflicts and affairs. After an economic and political roller coaster that lasted almost two decades, the United States laid the keel of the USS North Carolina in its cradle in October of 1937. The New York Navy Yard became the birthplace of the first battleship to be constructed in sixteen years. She was the first of ten battleships that would join the American fleet when the United States overcame its impotence and joined the battle in World War II.

Commissioned on April 9, 1941, the USS North Carolina boasted nine 16-inch/45 caliber guns and twenty 5-inch/38 caliber guns. This formidable seafaring weapon required 144 commissioned officers and 2195 military members to man her hull. She would go on to take part in every major naval offensive in the Pacific Theater of operations earning 15 battle stars. It was during the Battle of the Eastern Solomons that her primary role was established. In August of 1942, the USS North Carolina’s anti-aircraft barrage helped to save the Enterprise and she became the protector of aircraft carriers.

During her service in World War II, the USS North Carolina carried out nine shore bombardments, sank an enemy troopship, destroyed 24 enemy aircraft and assisted in shooting down many more. Her anti-aircraft weaponry proved to protect the aircraft carriers halting several attacks. She covered over 300,000 miles and survived the propaganda of the Japanese radio that claimed she had been sunk on several occasions. With several near misses and one hit with a Japanese torpedo in the Battleship’s hull, the crew manned her well and she was able to keep up with the fleet. At the end of the war, there were only 10 casualties and 67 wounded.

The USS North Carolina is a survivor and she had one more battle to win. After being decommissioned in June of 1947, she was placed on the Inactive Reserve Fleet in Bayonne, New Jersey for 14 years. It was decided in 1958 that she would be scrapped so the citizens of North Carolina set off to fight on her behalf. The Save Our Ship (SOS) successfully brought her home in October of 1961 where she was dedicated the following April as North Carolina’s memorial to the World War II veterans and the 11,000 North Carolinians who lost their lives during the war.

The regal battleship is a historical beacon for remembering a tumultuous time that impacted the entire world. Having witnessed violence on such an escalated scale, there is no reason to question the visitors, staff and investigators that have all claimed seeing figures in various passageways and portholes around her majestic decks. Probably the most infamous hauntings is that of a solider, who lost his life in the battleship’s washroom during the Japanese torpedo strike. Whomever still lingers aboard the USS North Carolina, they have stories to tell and are simply waiting on someone who wants to listen!

You may also like the following events from Ghost Hunts USA:

Also check out other Sports Events in Wilmington.
Tickets