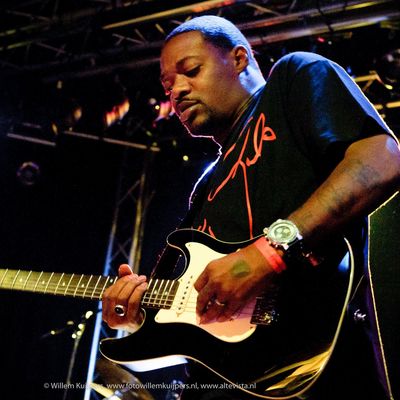 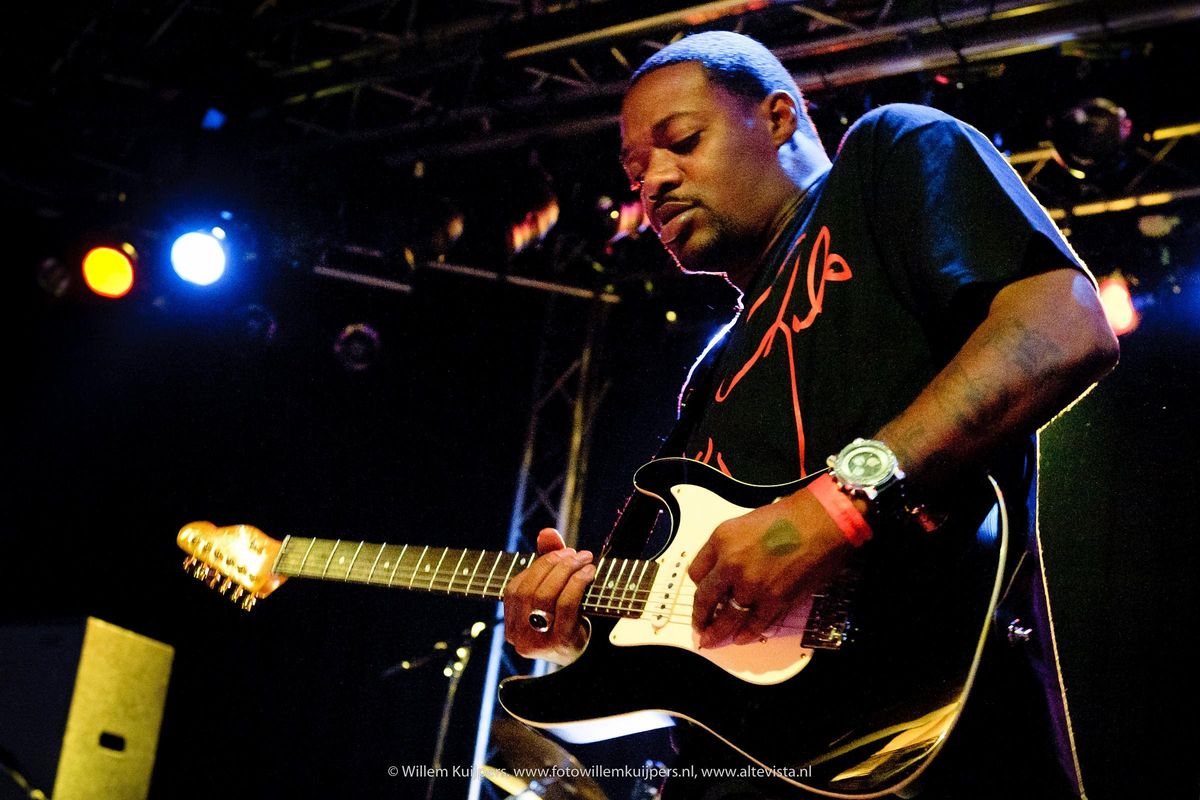 Eric Gales grew up in a musical family with four brothers, two of them who learned to play the guitar upside down and left handed in the sam

Eric Gales grew up in a musical family with four brothers, two of them who learned to play the guitar upside down and left handed in the same fashion that Eric does. Eric’s brother Eugene Gales played bass in the Eric Gales Band and his brother Little Jimmy King had a thriving career as a blues artist before his untimely death. Eric released his first record at Age 16 for Elektra records to an amazing response from the media and music fans around the globe. Guitar World Magazine’s Reader’s Poll named Eric as “Best New Talent,” in 1991. After recording a second record for Elektra, all three brothers teamed up for The Gales Bros. “Left Hand Brand” which was recorded for the House of Blues label in 1996. Through the years, it would not be unusual to look out in the audience and see artists like Carlos Santana, Mick Jagger, Keith Richards, B. B. King, and Eric Clapton, looking on with interest as Eric took his God-given talent and worked crowd after crowd into a frenzy. The new Millennium presented new opportunities for Eric and he was signed to a deal with Nightbird Records which was affiliated with the Hendrix family and distributed through MCA/Universal. Under this deal, Eric recorded the critically acclaimed record “That’s What I Am” in 2001 and hit the road, mesmerizing fans around the world with his uncanny connection to his guitar. In 2006 Eric recorded the critically acclaimed CD “Crystal Vision” for Blues Bureau and set the stage for his incredible Blues Bureau follow-up, “The Psychedelic Underground.” in 2007. Eric followed sharply in 2008 with "The Story of my Life" and in 2010 hit a new stride altogether with the incredibly successful album "Relentless". That album combined with his latest studio album "Transformation" released in 2011 set the stage for his upcoming Double Live Album/DVD due in October of 2012.As both an African-American left-handed guitarist of extraordinary ability and an expressive vocalist, it is natural for people to compare Eric to Hendrix but Eric has developed a unique hybrid blues/rock sound that also draws upon influences as diverse as Albert King and Eric Johnson. A unique amalgam of styles, Eric Gales stands head and shoulders among other guitarists in his genre."

Featuring soaring guitar and pedal steel over a heavy groove, Marvelous Funkshun blends Funk, Southern Rock, Blues, Sacred Steel, Hip Hop and R&B.  The band has toured heavily since 2014 and they have solidified a unique sound and supportive fan base from North Carolina to Florida.  The live shows are a dynamic, foot-stomping getdown and "The Funkshun", as fans have been known to call them, have shared the stage with many of the top names in the jam scene.

Tickets for Eric Gales and Marvelous Funkshun can be booked here.