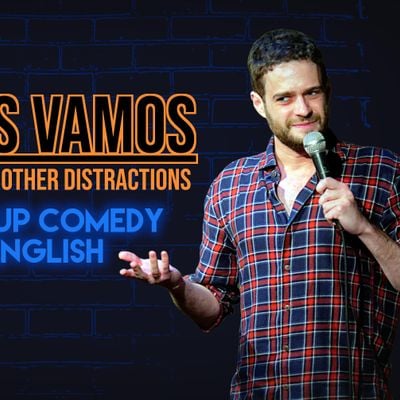 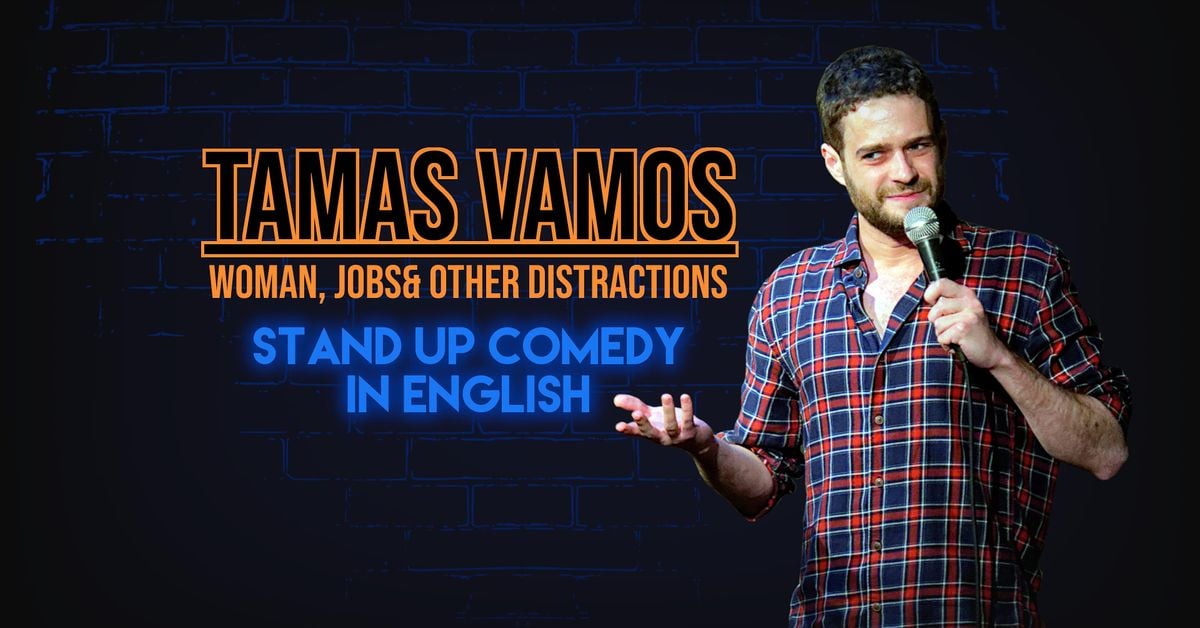 Tamas is a half Hungarian, half South - African all round great guy who first tried doing stand up comedy in 2014 in Vienna as a "laugh" but having years of experience in improvisation as well as acting in theaters and small movies,he quickly got addicted and fell in love with the stage light (once again).

Since then he became not only a creator but one of the staples of the Vienna comedy scene, he was the in-house comedian of the famous Austrian Wein &Co franchise where he ran his twice a month show "Wein & COmedy - Thirsty for a laugh?" he is the founder of the stand up comedy - theater play the "Jewslim show - when a Jew and a Muslim join forces to make you laugh". and is currently running his show "Offensively Funny - A safe space for Jokes" twice a month.

In his free time Tamas is touring the World performing stand-up comedy. Which he has done in over 35 cities spread out in 15 countries and 2 continents!

“Comedian Tamas Vamos owns the stage, delighting audiences with his charm, ease, and sidesplitting cultural commentary. His unique brand of comedy left me not only laughing, but also thinking more deeply about the deliciously quirky ways we human beings have for dealing with life on Planet Earth.”

"Headlining the show, following an earlier gig that evening round the corner in The Immigrant, was Tamas Vamos, a Hungarian-South African Jew living in Vienna (keep up!). As you might expect from that introduction, Tamas’s comedy is heavy on cross-cultural comparisons and the complexities that derive from conflicting identities, living in Western Europe as a Hungarian. He turned out to be a worthy headliner, linking political, cultural, observational and dark comedy together with subtlety, while always remaining woke and self-aware. After a great night of comedy, the audience, larger than usual for Velvet Comedy, was in high spirits, and Tamas interacted naturally with the crowd, dealing with a heckler with flair at one point."

“Tamas Vamos is a talented, intelligent, international comedian who can make any audience laugh. His perspective is unique, and refreshing. Defintely worth seeing.”

You may also like the following events from Tamas Vamos - Comedy:

Tickets for English Stand up Comedy Night with Tamas Vamos can be booked here.

Tamas Vamos - Comedy
Follow Contact
About The Host: South African-Hungarian Stand up comedian based in Vienna, performing all around the Globe! Leave a like for further information on upcoming shows :) Instagram -> @tgrandmasterv
Website Link: tamasvamoscomedy.com
Are you the host?
Nearby Hotels Shebeen International Pub, 45 Lerchenfelder Straße, Wien, Austria
Event details from Eventbrite Report a problem ?