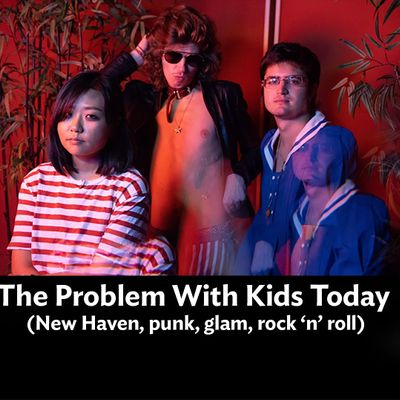 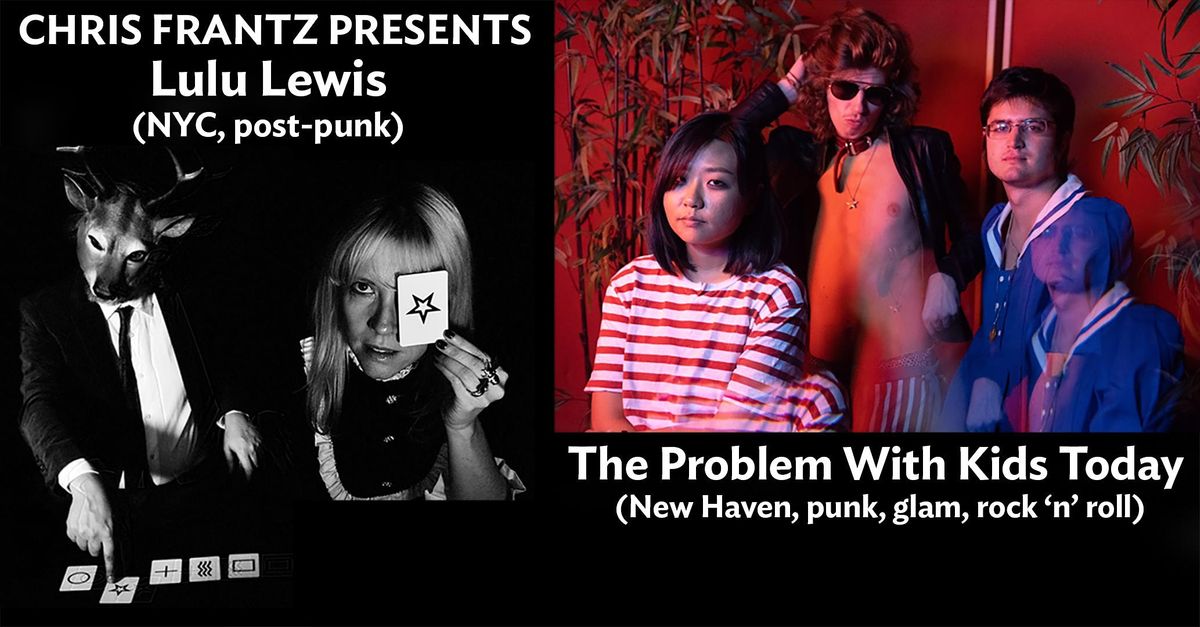 This is another music collaboration and production by Verso Studios at the Westport Library and the Westport Weston Chamber of Commerce. The series will feature up and coming regional, national, and international talent, hand-picked by Frantz, with the goal of bringing new music to new ears and be an incubator for rising talent.

“It’s fantastic to see Lulu Lewis shape up into such a groovy, dark, post-punk band,” said Chris Frantz. “I’m particularly excited to catch The Problem with Kids Today who have caught my eyes, ears, love and attention. If this night doesn’t take us straight back to the CBGB’s days, I don’t know what will.”

“Verso Studios at the Westport Library is thrilled to be aligning local and regional talent for a night to remember,” remarked Westport Library Executive Director Bill Harmer. “With our amazing friend Chris Frantz curating the talent, and our performance space, state-of-the-art equipment, and outstanding staff, this is going to be a killer night of sights and sounds.”

“Bringing new music and bands to people’s attention is our goal,” said Matthew Mandell, Executive Director of the Chamber. “You never know if you’ll be seeing the next U2 when you come. Steps like this can really propel a band forward.”

Straight from the soul of the Bowery, Lulu Lewis brings a multi-faceted offering in the world of modern rock. Founded by Dylan Hundley (Metropolitan) and Pablo Martin (Tom Tom Club), Lulu Lewis’s influences are far and wide but can best be aligned with post-punk, gothic, soul, and new wave. Their debut LP, Genuine Psychic, arrived in July 2019 on Ilegalia Records. The Vinyl District exclaims, “…album highlight ‘Intelligent Life’ manages to blend Mechanical Man era Devo with the Tubeway Army and the joyous Saturday afternoon B-movie matinee energy of the early B-52’s, all while wielding social commentary with a sense of humor. And if that’s not punk, then go eat a sock.”

The Problem with Kids Today is a hot trio of rock ‘n’ roll delinquents with Tate Brooks leading the charge on guitar/vox/mic head-butting, Stone-Cold-Silas Lourenco-Lang on low end bass/vox, and Reena Yu pounding on drums. TPWKT’s fun, wild shows and feverish, fashionable following evoke the Mercer Center Arts era of the New York Dolls. Fast, combustible, lewd and spontaneous – they have all the gems of a fantastic live act. With a debut album recorded at Sans Serif Studio in New Haven on the way this winter, teaser tracks like “You’re in Love With Junk” and “Fly Boy” can be found on the band’s Bandcamp site as well as major streaming platforms.

Tickets for Chris Frantz Presents: Lulu Lewis, The Problem with Kids Today can be booked here.

The Westport Library
Follow Contact
Jay Miles is the Broadcast Studio Production Manager for Verso Studios. He brings over 25 years of professional media work, as well as over a decade as a media instructor, to the Westport Library.
Are you the host?
Nearby Hotels Westport Public Library, 20 Jesup Road, Westport, United States
Event details from Eventbrite Report a problem ?