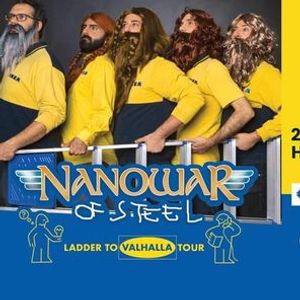 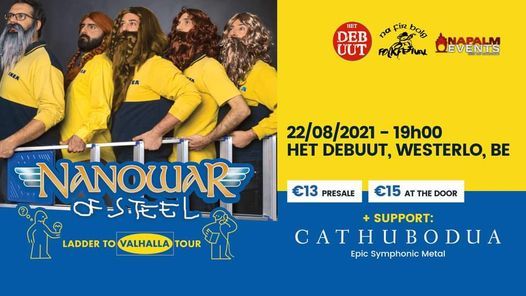 Humor in metal is a rarity, but NANOWAR OF STEEL impressively boost its existence by mixing contrastingmusical styles like ska and true metal, crafting a genre-fluid fun formation.The band was formed in 2003 in Rome and has been dedicated to tongue-in-cheekmetal ever since. They have toured all over Europe for five times since 2007 and played big festivals like Metaldays,Hellfest, Rock Harz and Leyendas Del Rock among others. The band’s unique sense of humor is rooted somewhere between the Italian sun and the darkness of the Norwegian winter.

Their second latest release, “Norwegian Reggaeton”, combines allwell-known clichés of both cultures, creating a new, unprecedented offering.With their latest release,“Norwegian Reggaeton”, NANOWAR OF STEEL have created the first metalton (metal+ reggaeton) song in the history of summer hits. After four full length studioalbums, the band is now ready to take the next step on the Stairway to Valhalla,and signed a worldwide contract with Napalm Records.Beware: NANOWAR OF STEEL take“parody very seriously”!

CATHUBODUA WAS BORN IN 2013, IN THE HOPES OF BRINGING EPIC STORIES AND BOMBASTIC SYMPHONIES TO THE WORLD!

After their first EP release in 2016 they have upped their game and composed“Continuum”, a world where stories are told of a mysterious hero, who ravagesall. Cathubodua brings a uniquesound, where a splendid metal basis is reinforced with the folky touch of theviolin and a wide range of vocals. The addition of symphonies immerses you intotheir music and vision of epic symphonic metal.

During the years, Cathubodua has built a rock-solid live reputation and they have played at metal shows and festivals (Black out Bash, FemMe,…) as well as folklore and fantasy fairs (Elfia Haarzuilens, Elftopia, …). They have shared the stage with numerous bands such as Saille, Grave Digger, Battle Beast, Dyscordia, Skiltron, Prima Nocta and many more...

Tickets for Nanowar Of Steel - Cathubodua !New Date! can be booked here. 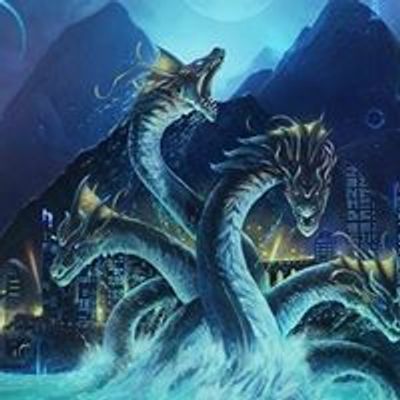