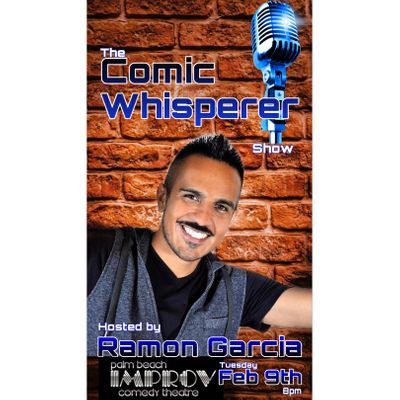 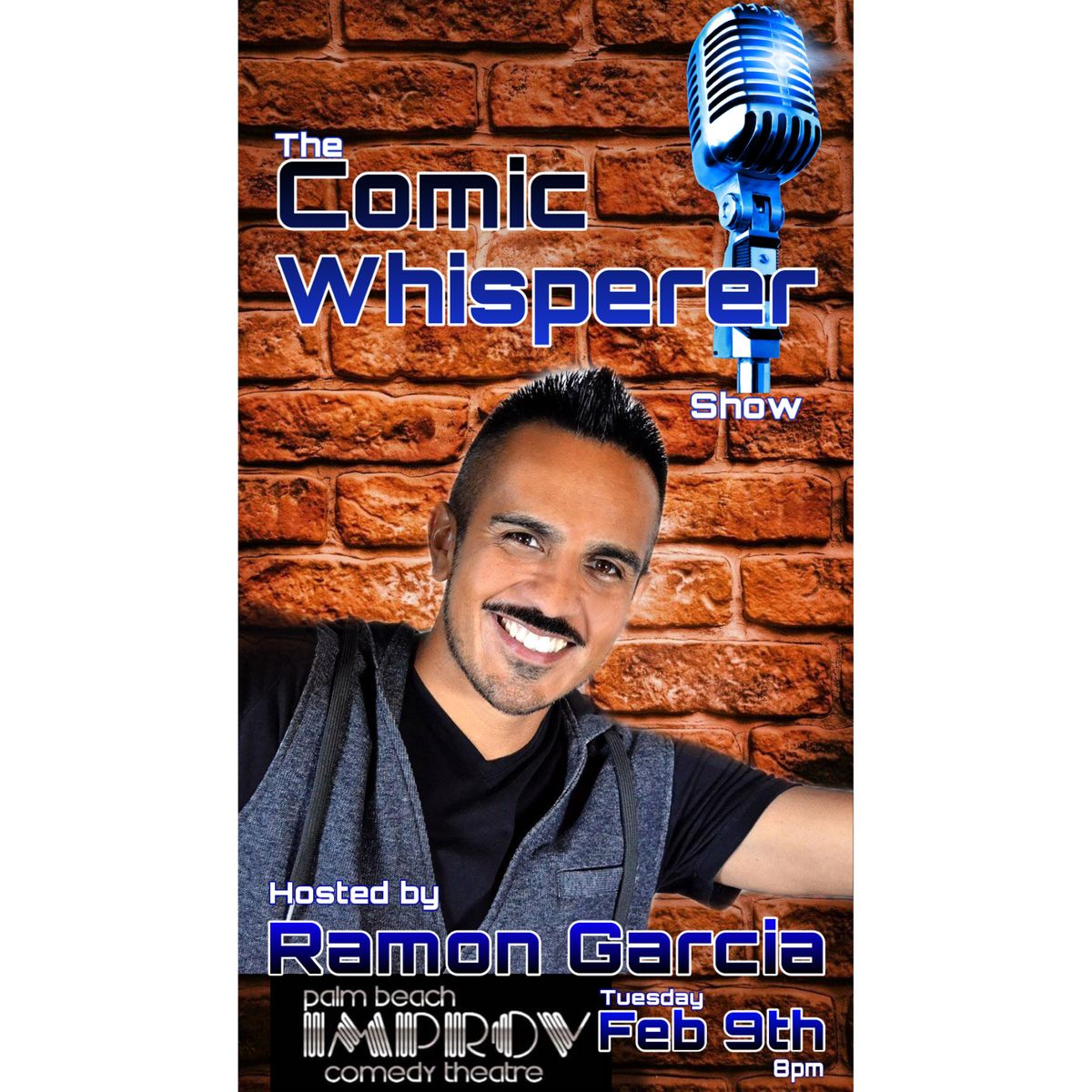 The Comic Whisperer Show
features the Palm Beach Improv’s latest stand up comedy 101 class graduates!Hosted by Ramon Garcia!!!
As seen on Amazon Prime’s
“Not Too Deep” Ramon Garcia Live in Miami.Register for a VIP 4 pack! 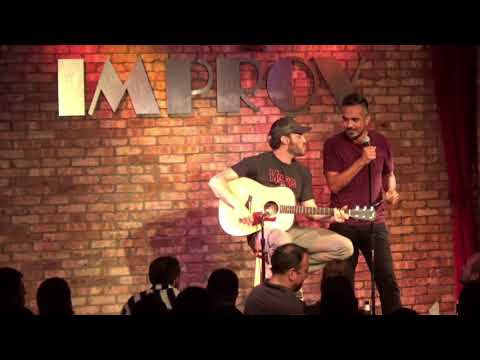 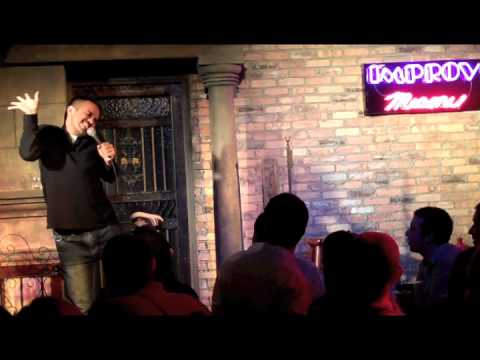 Ramon Garcia
Follow Contact
About The Host: Ramon Garcia is one of the hottest emerging comedians to come out of South Florida! His comedy special "Not Too Deep" was filmed live at the Miami Improv is jam packed with non-stop laughter. As well as his comedy single titled “RG Raw LIVE” currently available on iTunes. Ramon’s comedic timing and acting skills have landed him appearances on networks like Investigation Discovery, Lifetime & Telemundo.  After serving in the military and realizing that getting up early was not his calling,he decided to follow his dream of standup comedy. He quickly took to the stage where he honed his comedic skills opening for numerous comedy legends.  Like his special, Ramon keeps his act light, fresh and not too deep, for all to enjoy. His act includes humorous pieces of life growing up in a multicultural household, his experiences in the military, romantic woes that will make you cry for more.  Ramon brings his act to life with enthusiasm, high energy and use of hilarious spot on sound effects. Ramon’s natural stage presence allows him to work the crowd and invite them into his world, which makes for a very personal experience and electric response. In only a few short years, he has won numerous standup competitions, most recently taking home the crown of the "Ultimate Miami Comedian"! Ramon is always on tour, so be ready to laugh when he comes to your town!
Website Link: https://www.ramongarcialive.com/
Are you the host?
Nearby Hotels Improv Comedy Club and Dinner Theatre, 550 South Rosemary Avenue, West Palm Beach, United States
Event details from Eventbrite Report a problem ?