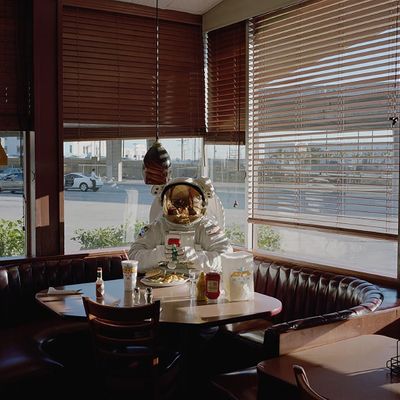 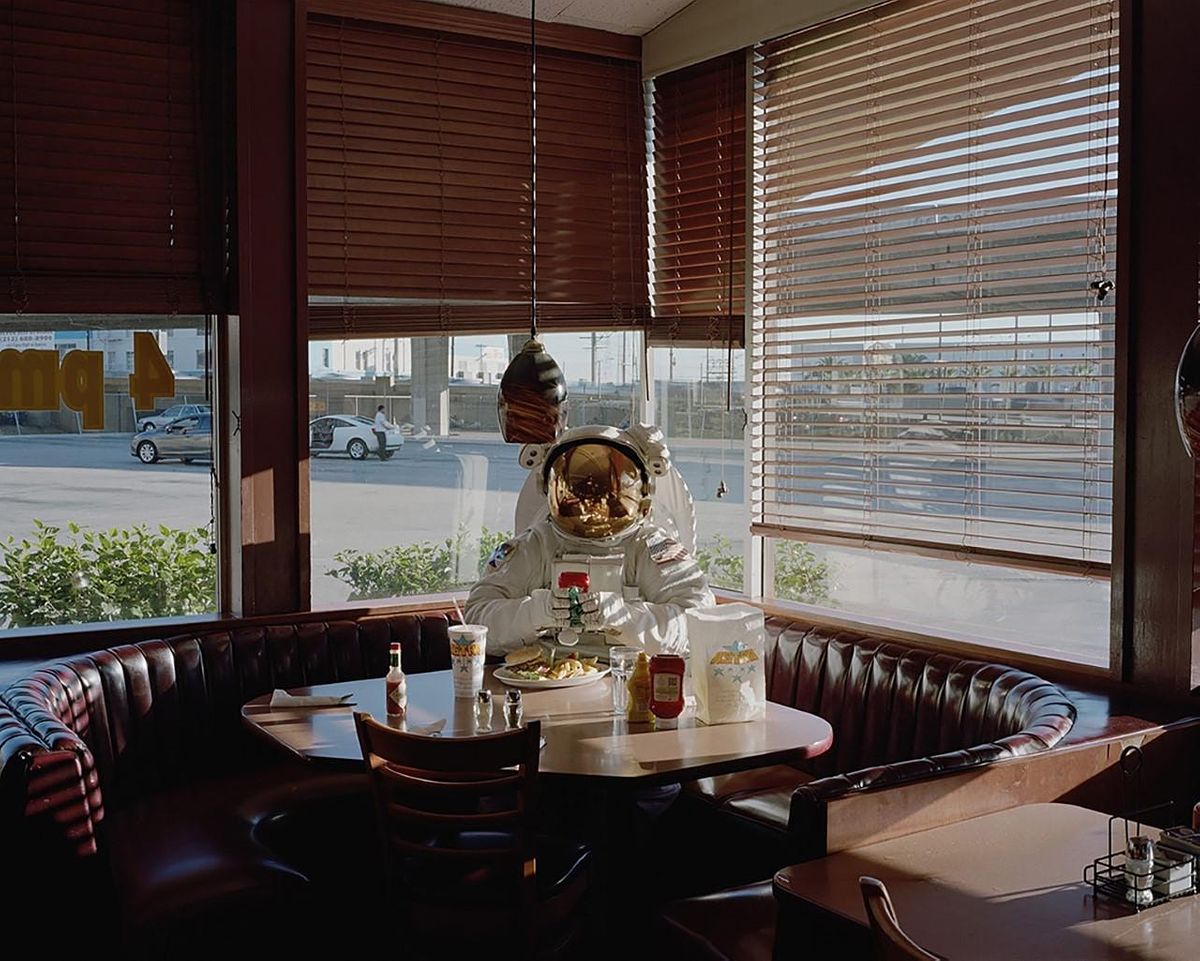 Outer Space on the Ground

In his new book of photographs, Time Traveler, Gianluca Galtrucco abducts our sensibilities, casting us into the cosmos – a playful, even absurd cosmos that upends science. We encounter UFOs, some of them strangely antiquated, others futuristic. We come across an astronaut eating in a diner, or lying in an earthly bed, fully dressed in a spacesuit and helmet with a gold visor. Machines and vehicles fill what could be rocket launching complexes, or interplanetary colonies. Designed with an avant-garde flair, Time Traveler is full of unlikely scenes that collapse time and space. Some of these scenes Galtrucco has staged, others he has found in reality, but all hover in a gray area of fantasy and disbelief. What is actual, what is virtual, what is science fact, what is science fiction? Galtrucco's cinematic approach to photography, brimming with a sly, enchanted whimsy, is apparent on every page.

Los Angeles-based photographer and filmmaker GIANLUCA GALTRUCCO (* 1971, Milan) immerses himself in the spirit of cinema even when working with a still camera. His photographs have appeared in such publications as Rolling Stone, Wired, Der Spiegel and Art in America. In 2017 Hatje Cantz published Galtrucco’s first major book, For Your Consideration, which portrays the Hollywood landscape much the way Time Traveler treats outer space. For Your Consideration won a Silver German Photo Book Prize. Time Traveler his latest book publication by Hatje Cantz in 2021 won a Silver Paris Photo Book Prize the PX3. Time Traveler in 2022, touring exhibition will premier at Edition ONE Gallery, Santa Fe, NM (Summer) followed by the Leica Gallery, Los Angeles (Fall).

You may also like the following events from Leica Camera: