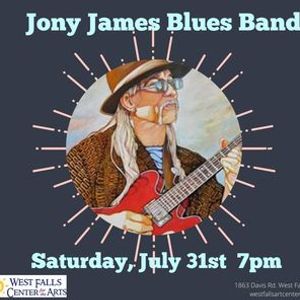 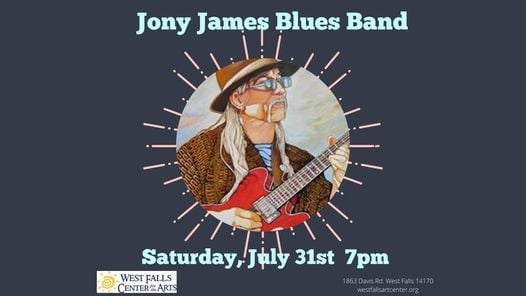 Jony James is overflowing with soul. It drips down from his hands onto his guitar, in lyrically urgent bends and intense ethereal assaults. It pours out through his weathered, leathery voice, telling vivid, open-minded tales of a tumultuous life. His jovial, yet pensive nature is evident in both his music and stage presence.

Born in Buffalo, New York, Jony was raised in Chicago, which was full of Blues, Motown and Soul influences. B.B. King, Albert King, Otis Rush, Muddy Waters, Buddy Guy and Jimi Hendrix, were among those influences and are evident in his playing.

By the age of 17, Jony was playing Blues Clubs on the south side of Chicago, with local Blues legends such as Eddie Taylor, Willie Williams and J B Hutto, among others. After touring with Hutto and chasing Hendrix to Europe, Jony settled in Canada, playing with the Native American "Roadhouse Band from Six Nations" and finally the Matt Minglewood Band from Cape Breton, Nova Scotia.

In the 90's, Jony returned to Buffalo and began playing and writing his own material. After independently producing and releasing three albums of original music, Blue Wave Records signed Jony and released "In This World" to international acclaim.

The second Blue Wave release titled, "What About Tomorrow", is currently available and has got some heavyweights in the Blues Industry very excited. To experience original "Survival Blues", you must listen to the Jony James Blues Band.

All Ticket Sales are final. No Refunds
Face masks are mandatory when you enter the building and may only be removed while you are seated.
**Please stay home if you have experienced symptoms of fever, fatigue, difficulty in breathing, or dry cough or exhibiting any other symptoms relating to COVID-19 or any communicable disease within the last 14 days.

You may also like the following events from West Falls Center for the Arts:

Tickets for Jony James Blues Band can be booked here. 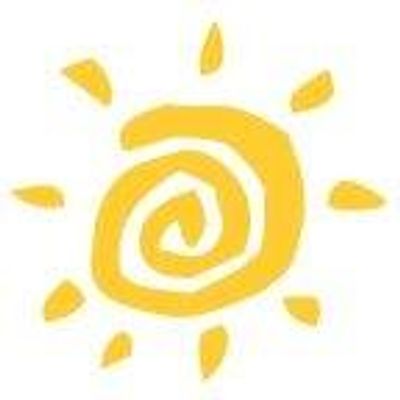