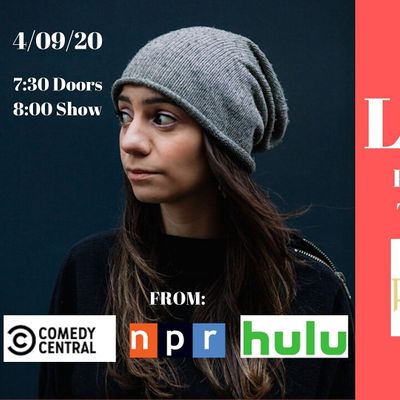 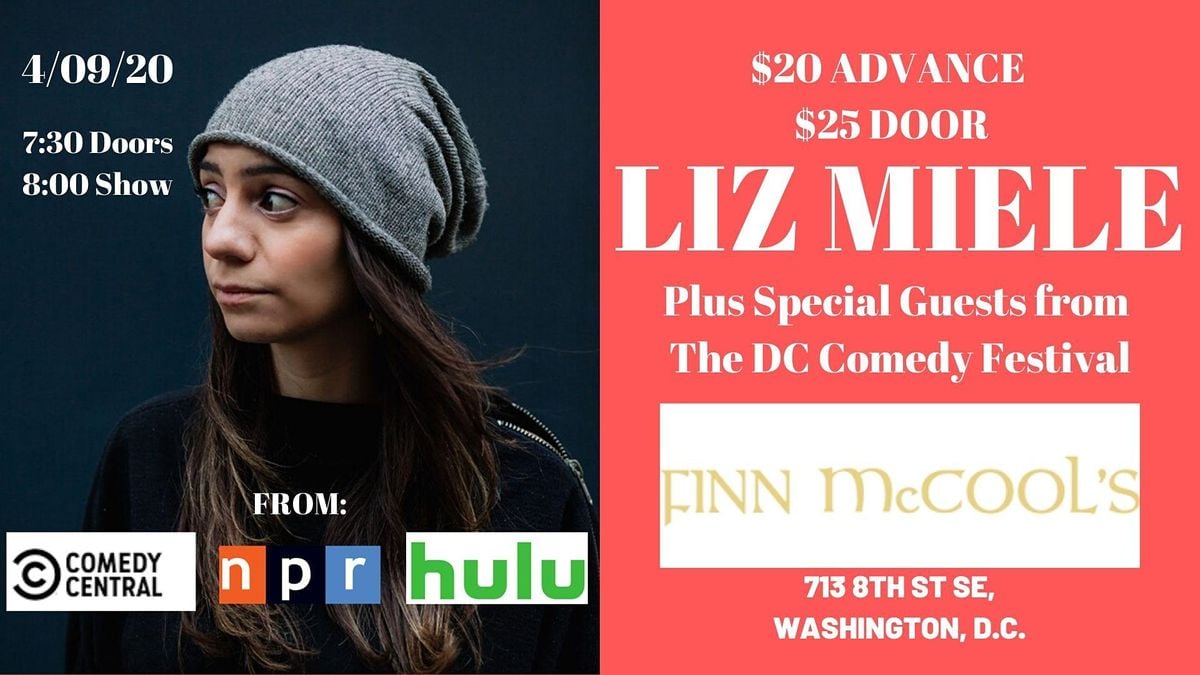 This event will SELL OUT, please purchase in advance. Also, you save $5, as tickets are more expensive at the door.

Liz will be joined by comics hand selected from the DC Comedy Festival.

Here's more about our headliner:

Liz Miele, originally from New Jersey, started doing stand-up at 16 in New York City. At 18 she was profiled in The New Yorker Magazine, at 22 she appeared on Comedy Central’s “Live at Gotham.” She recently appeared on Comedy Central’s “This Week at the Comedy Cellar,” NPR’s “Wait Wait Don’t Tell Me,” Hulu’s “Coming To The Stage,” AXS TV’s “Gotham Comedy Live,” and was profiled in the March 2015 issue of Runner’s World. She’s completed several tours with the “Nobodies of Comedy” and Armed Forces Entertainment and performed on a book tour for Chris McDougall, author of “Born to Run.” Her joke “Feminist Sex Positions” went viral both on YouTube and Upworthy.com. She wrote and produced season one of her animated web series “Damaged,” voiced by great comics including, Maz Jobrani, Hari Kondabolu, Ted Alexandro, Dean Edwards, DC Benny, Joe Machi and so many more. She also co-produced and co-starred in 40 episodes of a web series called “Apt C3” with fellow comic, Carmen Lynch and fashion photographer, Chris Vongsawat. Liz recently released her debut comedy album, “Emotionally Exhausting” on iTunes and Amazon.

This show is produced by Callback Comedy Productions as part of the 2020 DC Comedy Festival.

You may also like the following events from Jon Yeager: 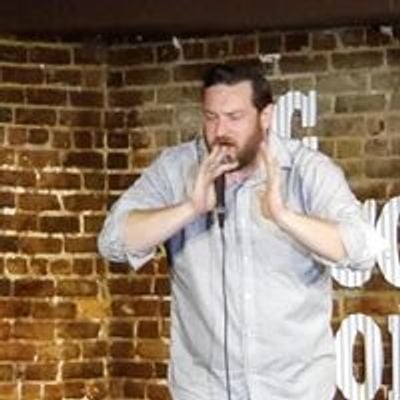