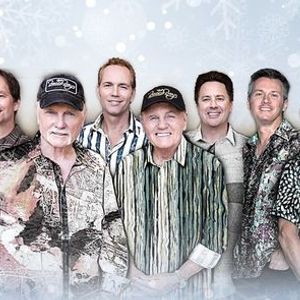 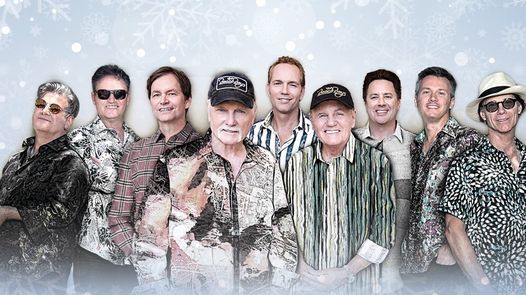 The Grammy® Award-winning and Rock & Roll Hall of Fame band The Beach Boys today announced that they will bring their iconic Southern Californian sound to several cities across the U.S. and Canada this winter as part of their “Holiday Harmonies” tour. Kicking off December 7 at Soldiers & Sailors Memorial Auditorium in Chattanooga, TN, the tour will make 9 more stops before concluding in Calgary, AB on Friday, December 31. Tickets for most markets go on sale Friday, October 1 at 10am local time, with dates in select markets available now. For VIP package and ticket information, please visit thebeachboys.com and mikelove.com.

The 2021 holiday tour will feature a mix of holiday classics from the band’s Christmas album as well as songs from The Beach Boys co-founder and lead singer Mike Love’s holiday album, Reason for the Season. Featuring an array of new holiday songs and Christmas classics ranging from bright guitar and horn-filled pop and rock and track to softer traditional carols and ballads, Reason for the Season was produced by Sam Hollander (One Direction, Panic! at the Disco, Train) and Steve Greenberg (Hanson, AJR) and features artists including Hanson as well as Love’s children Ambha, Brian, Christian and Hayleigh Love. Tickets for participating shows include a digital download of Mike Love’s album Reason for the Season.

Most recently, The Beach Boys released a compilation album and box set honoring the 50th anniversary of their timeless albums Feel Flows – The Sunflower and Surf’s Up Sessions 1969-1971 via Capitol/UMe. The expansive 5CD and digital box set chronicles and explores in depth this metamorphic and highly influential 1969-1971 period of the band's legendary career. The expansive collection features newly remastered versions of Sunflower and Surf's Up and boasts 135 tracks, including 108 previously unreleased tracks, live recordings, radio promos, alternate versions, alternate mixes, isolated backing tracks and a cappella versions, culled from the album sessions. The box set is available HERE.

The Beach Boys have sold over 100 million records worldwide and have received more than 33 RIAA Platinum and Gold record awards. The Rock And Roll Hall of Famers were also honored at the 2001 Grammy Awards with the Lifetime Achievement Award. With more than five decades of touring under their belts, The Beach Boys have performed more concerts than any major rock band in history.

Tickets go on sale Oct. 15 at 10 am!
www.honeywellarts.org/live-shows/the-beach-boys

You may also like the following events from Honeywell Center:

Tickets for The Beach Boys Holiday Harmonies can be booked here.