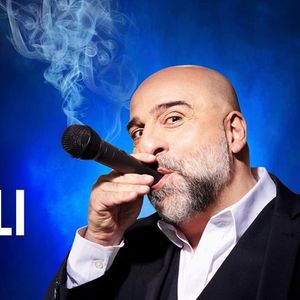 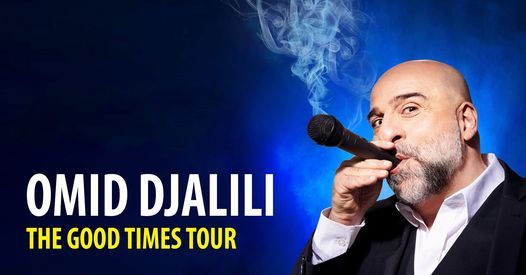 Desperate times require comedy measures! That is why after a wasted year of 2020 Stand Up, Vienna is proud to give you once more first-class comedy entertainment:

please big up for multi award-winning comedian and actor *** OMID DJALILI *** who is again where he belongs, on a stage and bringing back the Good Times. Live at the newly refurbished and now Covid-19 safe Globe Wien on 21 April 2021.

Intelligent, always provocative, entertaining, Omid’s legendary stand-up performances is a captivating comedy masterclass. His credits range from Hollywood films to television and the West End stage. Earning praise across the world for his performances, Omid appeared in legendary movies such as The Mummy, Notting Hill, Gladiator, Pirates of the Caribbean as well as in the smash hit Mama Mia 2: Here We Go Again, His Dark Materials for BBC1 & HBO, and Letter For The King on Netflix. Omid also gained rave reviews for his leading role of Tevvye in the Chichester Festival Theatre production of “Fiddler On The Roof”.

And it could not come soon enough for Omid - after experimenting with a Zoom gig where he got muted by 639 people and a drive-in gig where he witnessed an audience member get out his car, attach a hose pipe to his exhaust and feed it through the window; Omid Djalili is now where he belongs, live on stage performing the Good Times Tour.

Well-loved for his legendary stand-up shows, Omid’s performances are famed for their piercing wit - with routines that range from the provocative to the silly. Omid’s stand-up is always highly energetic, incredibly passionate and above all supremely entertaining.

With a career in comedy spanning across three decades, Omid Djalili's renowned performances on stage and screen have won him fans and accolades all over the world, in The Good Times Tour Omid will wax lyrical about life, the universe, and the unfathomable world in which we find ourselves.

A firm favourite at the Edinburgh Festival, Omid's stand-up awards include the Time Out Award for Best Stand Up and the EMMA Award. He's also been a nominee for a Perrier Award and the South Bank Award. Omid was also awarded a Best Actor award at the Turin Film Festival for his lead performance in The Infidel. His credits range from Hollywood to television, the West End Stage to his critically acclaimed performance as Tevye in Fiddler on the Roof.

Omid’s drama, Letter For The King is currently showing on Netflix and he is filming a second series of His Dark Materials. He will be hosting the brand new ITV quiz show Winning Combination that starts in November.

You may also like the following events from Stand Up, Vienna:

Tickets for OMID DJALILI - The Good Times Tour can be booked here. 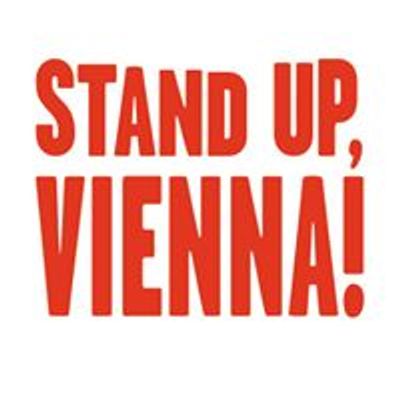 Stand Up, Vienna
Follow Contact
About The Host: Bringing the finest names in Stand-Up Comedy to Austria since 2013!
Website Link: http://www.standupvienna.com
Are you the host?
Nearby Hotels Globe Wien, Karl Farkas Gasse 19, Vienna, Austria
Report a problem ?