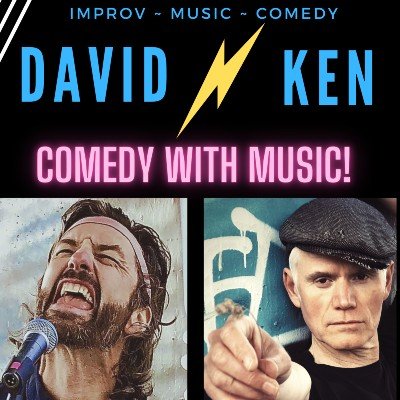 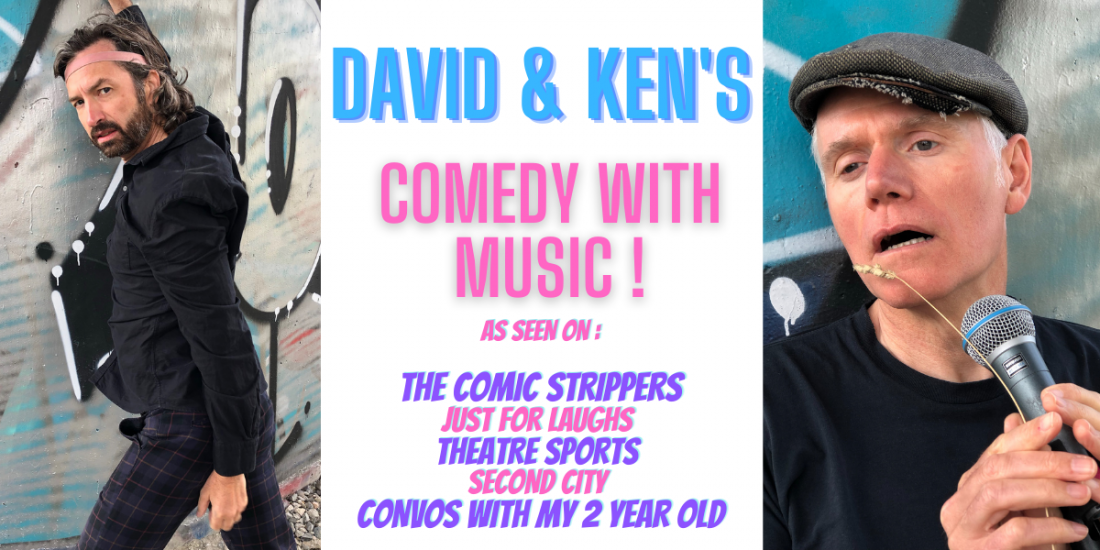 After 6 months of live-streaming it’s our first real live show in front of an in-person audience! David and Ken’s Comedy with Music!” Is an audience fuelled conversational comedy show with real stories character-driven improv scenes and hilarious spontaneous songs with ripping guitar solos. Come join this playful-absurdist-adventure that will leave you feeling joyful and connected.

David and Ken are Improv comedians and spontaneous singer-songwriters

Think: Reggie Watts Bo Burnham Flight of the Conchords Tenacious D & the Smothers Brothers (thats an old reference)David Milchard and Ken Lawson are award-winning improvisers musicians and actors who love making up songs based on your suggestions! Come join the fun with this interactive comedy show!

David and Ken have toured across North America Australia and The Caribbean with the Comic Strippers and the Second City. They’ve also performed at comedy festivals such as: Just For Laughs BumberShoot Adelaide/Australia Fringe Edmonton’s Improvaganza and the Chicago Seattle Miami Vancouver and San Francisco Improv festivals.

They’ve both played in many styles of bands including metal funk Brit pop and blues. Ken has played guitar on many solo artists albums and one of his bands once opened up for Nickelback!

David and Ken are:

Members of the Internationally acclaimed The Comic Strippers

You may have seen them in these TV Shows & Movies:

You may also like the following events from David Milchard:

Tickets for David and Ken's Comedy with Music! can be booked here.