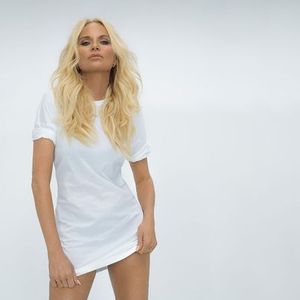 Emmy and Tony Award winning actress and singer Kristin Chenoweth’s career spans film, television, voiceover and stage. In 2015, Chenoweth received a coveted star on The Hollywood Walk of Fame. In 2009, she received an Emmy Award for Best Supporting Actress in a Comedy Series for her role in “Pushing Daisies.” In 1999, she won a Tony Award for “You’re A Good Man, Charlie Brown” and she was also nominated for her original role of Glinda the Good Witch in “Wicked” in 2004. Chenoweth has been nominated for two Emmy Awards and for a People’s Choice Award for her role on “Glee.” In 2009, she wrote an upliftingly candid, comedic chronicle of her life so far, “A Little Bit Wicked,” which debuted on the New York Times Hardcover Non-Fiction Best Seller List.

Chenoweth has performed to sold-out audiences across the world, including performances at Carnegie Hall and Royal Albert Hall. Chenoweth released “The Art of Elegance,” her album of American Songbook classics via Concord Records. The album debuted at #1 on Billboard’s Current Jazz and Traditional Jazz charts, and #1 on Amazon’s Vocal Pop chart. Chenoweth also returned to the stage in her limited engagement MY LOVE LETTER TO BROADWAY, at the Lunt-Fontanne Theatre, receiving rave reviews. In 2014, she released a CD and DVD of her own live concert performance, “Kristin Chenoweth: Coming Home.” Last December, Chenoweth performed with iconic The Tabernacle Choir and Orchestra in their annual Christmas concert.

Tickets for An Evening with Kristin Chenoweth can be booked here.