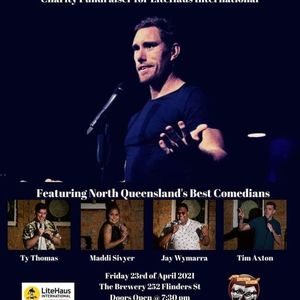 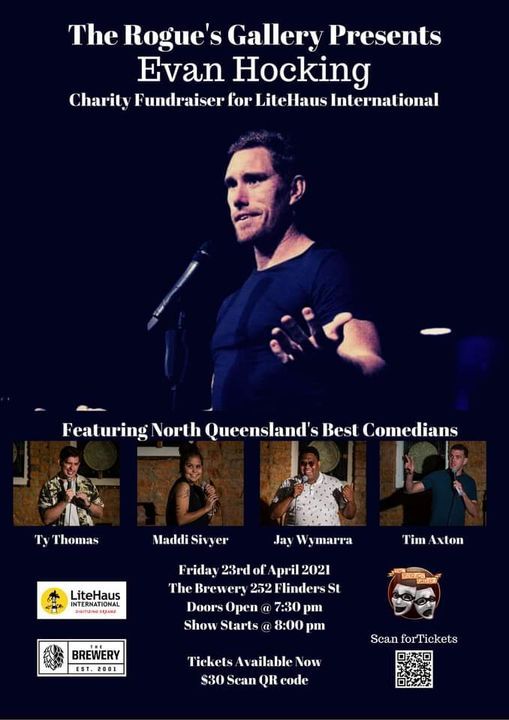 Evan Hocking is an up and coming stand up comedian with a huge career in front of him. Ask Hocko what he loves doing in life and he’ll say “making people laugh and having a cold one after”. Hocko is your average Joe knock about bloke who happens to be hilarious when he has an audience in front of him. Starting his entertainment career on radio in Port Douglas, his show “Unnecessary Noise with Buddah” gained a cult following.

However; the thriving metropolis of Port Douglas was only ever going to hold onto Hocko for a short period of time before he moved back to Melbourne to further his comedy career. Evan has risen quickly through the Melbourne comedy ranks in the last few years and has become a regular at sporting clubs, corporate fundraisers and comedy rooms around the country. His punchy delivery mixed with observational humour and storytelling is a perfect fit for any event, and don’t don’t judge a book by its cover, even though Hocko is a bit of a lad he’s as comfortable at a packed sporting club comedy show as he is at a thousand seat corporate comedy event.

Evan Hocking is a name to watch in the Australian Entertainment industry. If you had to liken him to anyone in the Australian comedy industry then you would say Hocko is a cross between Dave Hughes and Dave O’Neil. So popular amongst his peers has Evan become, he spent time travelling around the countryside supporting the hilarious Nelson Twins from Australia’s Got Talent.

Evan performed in his own comedy show at the 2015 Melbourne International Comedy Festival and you can catch him touring around the country on The Aussie Pub Comedy Tour.

Check out one of Evan's podcasts “Down On One Knee” and “Good Banter with Tom Siegert and Evan Hocking” at Apple Podcasts or Spotify.

Jay Wymarra, Ty Thomas, Maddi Sivyer and you MC for the evening is local stand up legend Tim Axton

LiteHaus International is a Townsville-based organisation founded by Queensland Emerging Philanthropist of the Year, Jack Growden, which exists to bridge digital divides and digitise dreams across four countries.

In Papua New Guinea, our Digital Infrastructure Program they have established the first eight functional primary school computer labs in the country, with a further twenty due for completion in the remote Western Highlands in June 2021. This will bring their total impact in Papua New Guinea to more than 27,000 students and teachers given access to a digital touchpoint.

All of their devices are professionally refurbished, diverting tonnes of e-waste into opportunities for the future leaders of their countries of operation. To actualise their vision for a digitally-literate Papua New Guinea and Australia, they are always looking donated devices or more holistic partnerships. Check out their website https://litehausinternational.org , LinkedIn, Facebook, or YouTube to learn more.

Tickets for Evan Hocking for LiteHaus International can be booked here.