This concert has been rescheduled to Sunday, February 27, 2022 at 7pm.


"All the mornings of the world may fade away, but Jordi Savall endures.”(Boston Musical Intelligencer) This special concert, called The Distant Voices, features music from Afghanistan, Armenia, Istanbul, Sarajevo, Persia, and Italy, which Jordi Savall performs on viella and rebab, accompanied by Hakan Güngor on kanun, and Dimitri Psonis performing on oud, santur, saz, and percussion.

Jordi Savall is an exceptional figure in today’s music world. Brimming with live emotion and spectacular creative vitality, he is always faithful to historical music of Europe, the Mediterranean, and the whole world. For more than 50 years, he has explored and fashioned universes full of emotions and beauty. A tireless researcher into early music, he interprets and performs the repertory both as a gambist and a conductor. His activities as a concert performer, teacher, researcher, and creator of new musical and cultural projects have made him a leading figure in the reappraisal of historical music. Savall has rescued musical gems from the obscurity of neglect and oblivion and given them back for all to enjoy.

"For sheer opulence, generosity and breadth of repertoire, Jordi Savall ... blows the competition away.” (Gramophone)

Tickets for Jordi Savall Trio can be booked here. 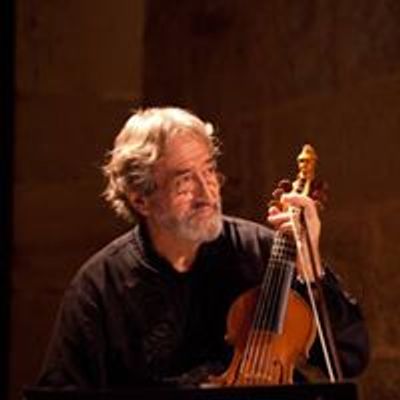 Jordi Savall
Follow Contact
About The Host: For more than forty years, Jordi Savall, one of the most versatile musical personalities of his generation.
Website Link: http://www.alia-vox.com
Are you the host?
Nearby Hotels Koerner Hall, 273 Bloor Street West, Toronto, Canada
Report a problem ?