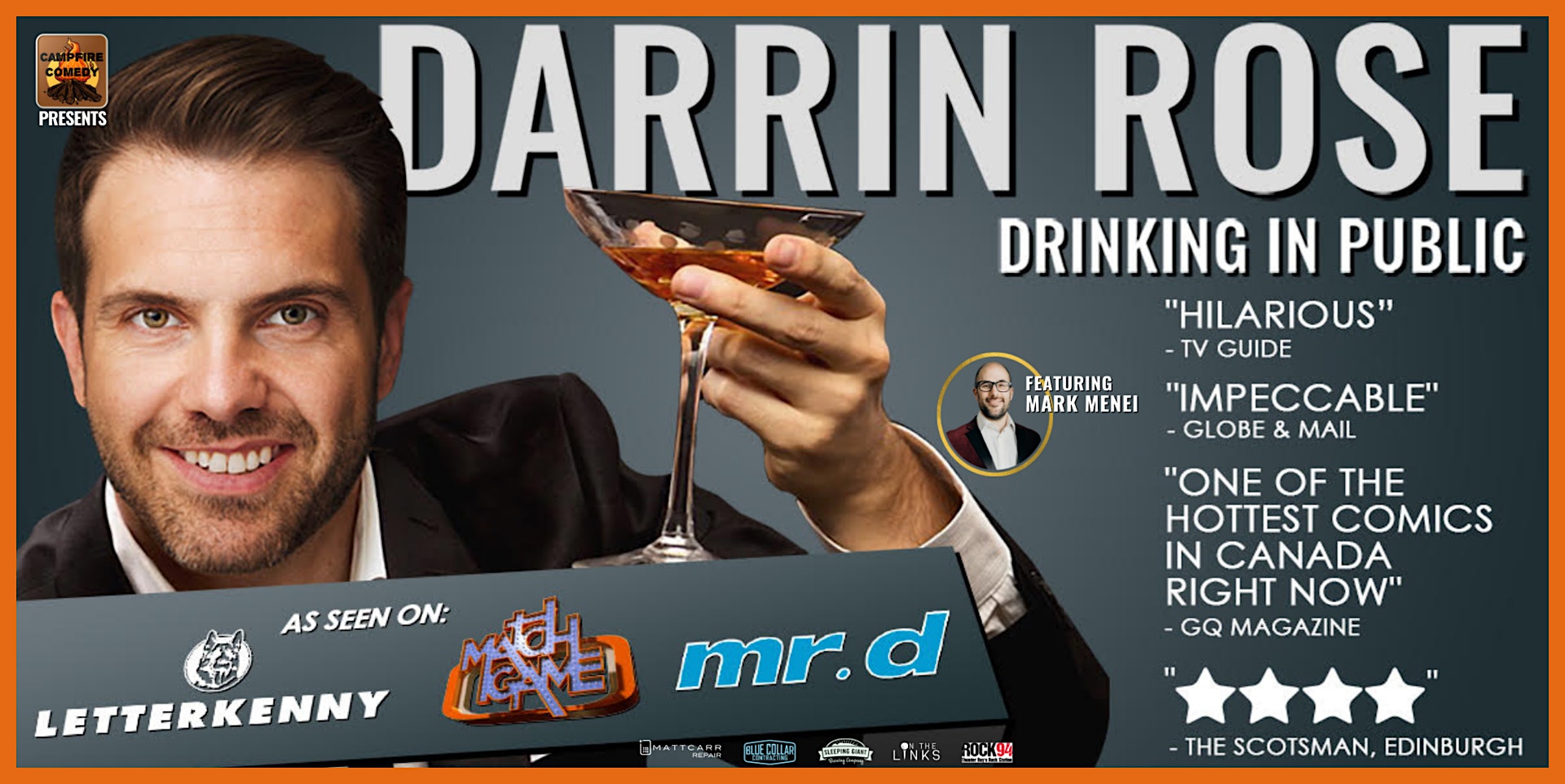 Darrin celebrates our chance to drink in public again with new material about marriage, having a baby, getting sucker punched in Halifax and much more!

Darrin Rose is one of Canada’s most popular comedians, and an award-winning writer and actor. Audiences know him best for playing Bill on the hit CBC sitcom Mr. D for eight seasons, as the host of Match Game on the Comedy Network for four years, and as Doc on the hit show Letterkenny.

Darrin has appeared twice on The Late Late Show on CBS, and is an eight-time performer at the Montreal Just For Laughs Comedy Festival. He wrote on the CBS sitcom Happy Together starring Damon Wayans Jr. He was called “Hilarious!” by TV Guide, “impeccable” by the Globe & Mail, and GQ magazine called him “one of the hottest comics in Canada.” A Canadian Comedy Award winner, he was twice nominated as the Best Stand-Up in the country. He recently sold a TV show to Sony, based on his award-winning short film One Last Last Heist, which played at the Tribeca Film Festival.

Darrin tours internationally as a stand-up comedian and has played the MGM Grand in Las Vegas, the Borgata in Atlantic City; and in Hong Kong, Singapore, Ireland, Mexico, and the United Kingdom. He tours across the United States and Canada.

Mark Menei: Mark was named 'Best Comedian' in the Walleye magazine, was featured on CBC and can be seen locally in commercials for The Power Centre when not headlining public and backyard comedy shows. Mark is a high energy comic who integrates the crowd into all of his performances so expect the unexpected every time he hits the stage. Mark is also the owner of Campfire Comedy and continues to grow the brand and bring top notch entertainment to his home town of Thunder Bay.

Recommended for ages 16+ due to mature humour.

***Paramount Theatre is not wheelchair accessible***

***Tickets will be refunded if event is cancelled for any reason*** 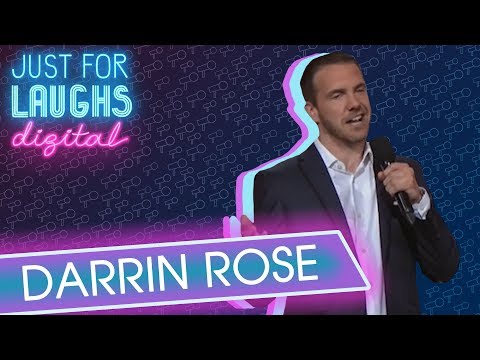 Tickets for Darrin Rose: Drinking in Public Comedy Tour can be booked here.