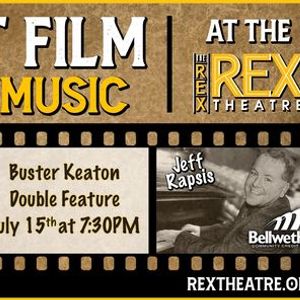 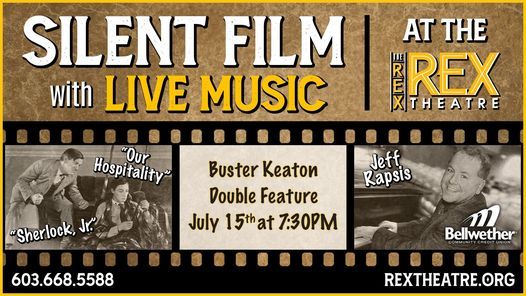 In this highly influential silent horror film, the mysterious Count Orlok (Max Schreck) summons Thomas Hutter (Gustav von Wangenheim) to his remote Transylvanian castle in the mountains. The eerie Orlok seeks to buy a house near Hutter and his wife, Ellen (Greta Schroeder). After Orlok reveals his vampire nature, Hutter struggles to escape the castle, knowing that Ellen is in grave danger. Meanwhile Orlok’s servant, Knock (Alexander Granach), prepares for his master to arrive at his new home.

Jeff Rapsis is a New Hampshire-based musician and composer who specializes in creating live music for silent film screenings. Over the past 15 years, he has accompanied more than 1,000 screenings in New England, around the nation, and in Europe. Notable recent appearances include the Cleveland Cinematheque, the Niles Essanay Silent Film Museum in San Francisco; the Harvard Film Archive in Cambridge, Mass.; and the Cinema Museum in London, England. In 2019, Jeff accompanied a silent film program at Tanglewood, summer home of the Boston Symphony Orchestra. As a composer, his Kilimanjaro Suite for Large Orchestra was premiered in 2017 by the N.H. Philharmonic Orchestra. A long-time journalist and editor, Jeff co-founded and is co-owner of the Hippo, the region’s weekly entertainment guide. When not accompanying silent films, Jeff is executive director of the Aviation Museum of N.H. at Manchester-Boston Regional Airport. For more information, visit www.jeffrapsis.com

Visit the Palace Theatre website at www.palacetheatre.org or call 603-668-5588 for tickets.

Tickets for Silent Film with Live Music at the Rex Theatre can be booked here.

The Rex Theatre
Follow Contact
Are you the host?
Nearby Hotels The Rex Theatre, 23 Amherst St., Manchester, NH 03101, Tema, Ghana
Report a problem ?