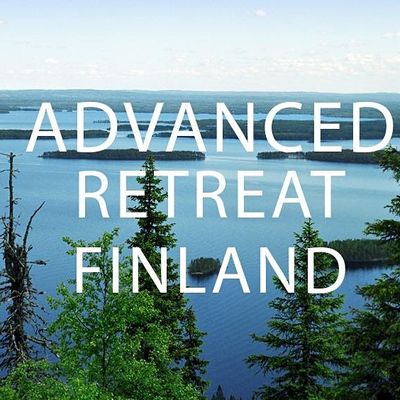 Transform Your Life by Telling the Truth in Finland, 5-9 August 2020

During this Radical Honesty advanced retreat in Finland, we’ll spend five days and four nights together in Finnish lakeside cottages, surrounded by a lush pine forest beside a lake. The retreat will include daily workshop sessions as well as free time for mushroom and berry picking, swimming, boating and nightly Finnish saunas.

This retreat is intended for participants who have already previously attended at least one other Radical Honesty workshop. The intention is that, with everyone present already familiar with the practices, process and language of RH, we hope to dive even deeper with our work right from the get go.

Our goals will be to live out loud, to be happy and to not give a shit! Radical Honesty is a way to create connections and to stay present to our experience and bodily sensations.

This workshop is for you if:

The workshop is not for you if you:

Workshop on How to Live, Love, Laugh & Be Happy & Completely Ruin Life as You Know It

Radical Honesty is direct communication that leads to intimacy. It is the difference between making a performance and laughing and playing with friends. Honesty is kind of scary fun that turns out better than you thought it would. Lying is work and a pain in the ass and makes you lonesome as hell.

We claim that lying is the major source of all human stress. It wears us out and eventually kills us. When people engage honestly, energy that was wasted maintaining a performance to make an impression is suddenly available for real creativity in playing together. When we admit our pretenses we can refresh our relationships and powerfully create new ways of living together. That is the not so secret of Radical Honesty.

On each day, we’ll do some yoga, meditation and workshop sessions. The sessions will include an introduction to Radical Honesty; a deeper dive into RH; and learning through theory, discussions, sharing and exercises on how to be radically honest. We’ll do group and paired exercises as well as hot seat work.

We will also have free time for connecting, relaxing, swimming, walking in the forest, berry and mushroom picking, rowing a boat, hammock lounging, fishing and appreciating nature in the Finnish summer.

The training will be conducted in English. Finnish speakers will have the opportunity to do paired exercises together in Finnish.

To reach the retreat site from outside Finland, fly to Helsinki airport and then take a two-hour train ride to Tampere. Another option is to fly directly to Tampere airport (served by Finnair and Scandinavian Airlines among others).

Participants will be asked to assist in the cooking, serving and cleaning up of meals/snacks as a way to help create a community during our five days together. This is commonly done in residential Radical Honesty workshops.

The early bird price—available until 15 June 2020—is €620. The regular price thereafter is €670. The fee covers the workshop, healthy vegetarian / vegan meals and snacks, teaching, daily saunas, shared room accommodation and ongoing support of the group to live out loud. If you prefer, you can pay in several installments.

For more information and to register, please email us at aW5mbyB8IGhvbmVzdHlldXJvcGUgISBjb20=.

You are warmly welcome to join the exciting journey of Radical Honesty!

Who are the trainers?

Tuulia Syvänen is the certified Radical Honesty trainer who has led the most RH workshops in Europe. She also does 1:1 and couples coaching. For two decades, she held leadership positions at international, non-profit organizations that are concerned with social and environmental justice issues. A native of Finland, she has lived in Germany, The Netherlands, New Zealand and Canada.

Having grown up in a dysfunctional family—where difficulties and negative feelings were often swept under the rug—Tuulia became passionate about self-expression and self-awareness, and learned the importance of setting one’s boundaries. Most important, she learned the power of honesty. Her life’s mission is to help create more love and connection between people through honest sharing.

Tuulia participated in her first Radical Honesty training in 2012 with the founder of Radical Honesty Dr. Brad Blanton and continued her training under the guidance of Dr. Blanton and RH Master Trainer Taber Shadburne. She has led more than 50 RH workshops in various European countries. She has also attained a four-year certification in the Human-to-Human Coaching and Therapy Program in Finland and is a certified leader of Dr. Fischer’s Rebuilding Divorce Seminars. She earned a BA in Journalism from the University of Tampere and has a 16-year-old son.

Pete Jordan is the only certified Radical Honesty trainer in the Benelux countries. He organizes and co-lead Radical Honesty workshops around Europe with his wife, Tuulia, as well as does 1:1 coaching.

Pete has changed his life for the better by committing to live honestly, expressing his resentments and appreciations in the moment and by asking for what he wants. A major breakthrough for him was to have honest talks with his ex-wife and four siblings. He has broken the traditions of his childhood’s family and began to talk about things he was afraid of and embarrassed about and what he didn't like in his childhood.

Pete has great listening skills and he is keen on developing and learning every day. His vision is to support others to live happier, freer lives. Born and raised in San Francisco, Pete has lived in Amsterdam for almost two decades and still makes himself happy each day he wakes up in that city. A writer by profession, Pete has a passion for cycling and has contributed his writing and photographs to several Dutch cycling publications for more than a decade. He is in the midst of following a three-year training to become a Somatic Experiencing practitioner. When he is not organizing or attending Radical Honesty workshops or spending time with his teenaged son, he can be found meandering around Amsterdam on his bike. (And he feels some tightness in his stomach now as he writes this stuff about himself in the third person.)

You may also like the following events from Honesty Europe: 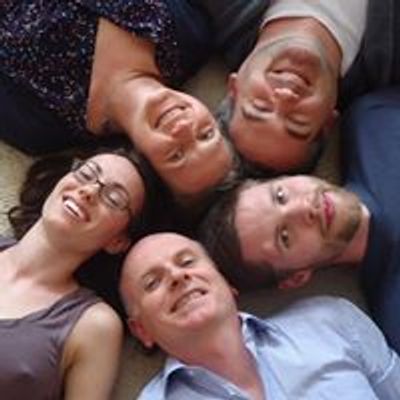