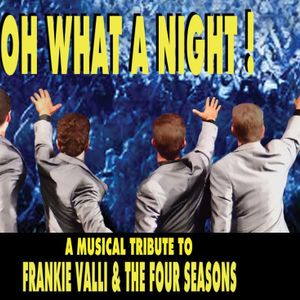 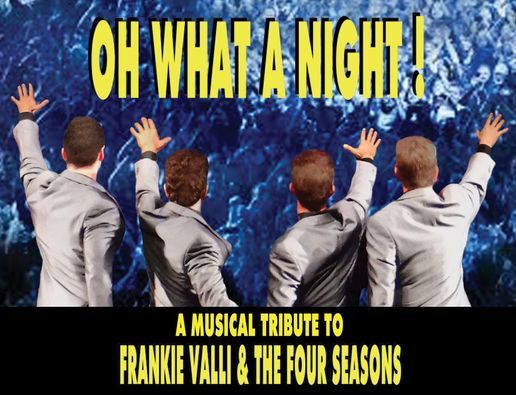 Oh What a Night! is a blockbuster musical revue - a tribute to Frankie Vallie and The Four Seasons.

Oh What a Night! features hits including ‘Sherry,’ ‘Big Girls Don’t Cry,’ ‘Walk Like A Man,’ ‘Can’t Take My Eyes Off You,’ ‘My Eyes Adored You,’ ‘Working My Way Back To You,’ ‘Let’s Hang On’ and ‘Who Loves You’ which you’ll enjoy from the dynamic songbook of those boys from Jersey, Frankie Vallie and the Four Seasons.

Between the score of recognisable tunes, Oh What a Night! delivers informative and hilarious banter between the stellar, high-spirited cast.

Oh What a Night! has played to sold-out theatres, showrooms and arenas since its sold-out premiere in Las Vegas in 2008. The show also performs with prestigious symphony orchestras and at major theatres and concert halls worldwide.

Tickets for Oh What A Night! can be booked here.