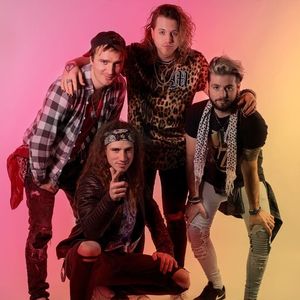 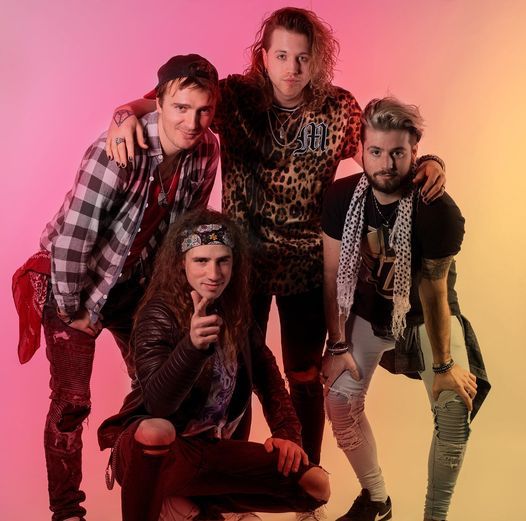 SAINTS OF SIN - live at The Vic

“These guys are the real deal, they do not mess about” – Johnnie Walker, BBC Radio 2
Hailing from the beaches of Bournemouth in the UK, SOS are a four piece rock band founded by brothers Sparxx and Ash Jenkins (guitar and bass) and drummer Josh Rose, with vocalist Rui Brito completing the line up.
Following their formation in 2013, the band have earned themselves a reputation as a sensational live act with a stadium-ready show. Their insatiable drive to get out in the real world and play has gained them a dedicated fan base who enthusiastically follow them all over the country. The band have graced the bill on renowned festivals such as The Isle Of Wight, Common People, Hard Rock Hell and Teddy Rocks. They have also played many notable venues including Sheffield’s O2 Academy, The Telford International Centre and packed out headline shows at The Old Firestation, Bournemouth and The Dublin Castle, London, to name a few.
2019 brought the band their first major support tour with American supergroup ‘Lost Angels,’ which features members of Alice Cooper, Slash’s Snakepit and The Gilby Clarke band. The tour allowed the band to conquer new territory, adding to their ever-growing mob of adoring supporters. Other notable achievements include the release of two full studio albums, mainstream airplay on BBC Radio 2, BBC Radio Solent, Kerrang and Planet Rock, as well as endorsements with EVH Gear, Bare Knuckle Pickups and Vocalzone.

You may also like the following events from Saints of Sin:

Tickets for Saints of Sin - live at The Vic can be booked here.