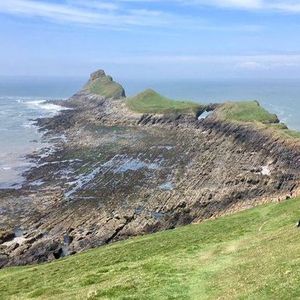 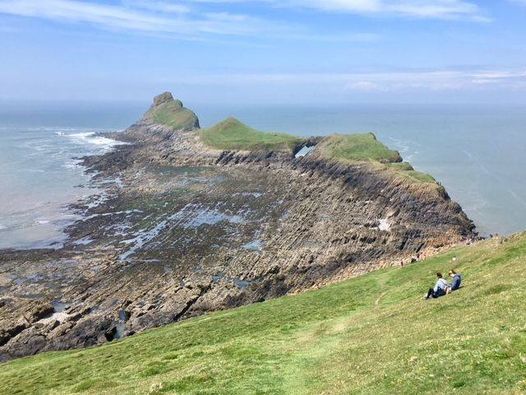 The Worm’s Head is a tidal island at the very end of the Gower and is only accessible for a couple of hours either side of low tide. This walk is timed to give the maximum opportunity to walk out to the end of the island.

The walk starts from the National Trust car park in Rhosili (cost £6, coins only). After a short stroll through the village we ascend to the trig point at the southern end of Rhosili Down. From here, on a good day, there are extensive views west along the Pembrokeshire coast as far as Caldey Island and east across the entire Gower peninsula. The walk then goes the length of the hill, visiting the remains of a WW2 radar station before heading diagonally down to visit Sweyne’s Howes, two Bronze Age burial chambers. From here it’s back to the coast above Mewslade bay from where we follow the Wales Coastal path to the Coastwatch station at the end of the Rhosili peninsula.

The real adventure starts here. An easy descent to the shoreline is followed by wandering between the rock pools revealed by the falling tide until the island is reached. Once on the inner island keep your eyes out for seals basking on rocks. The walk to the end of the outer island involves clambering over a couple of stretches of sea worn rocks and walking over a spectacular rock arch. Finally, at the very end there is an optional easy short scramble to get to the top of the ‘head’ from where you can look back along the length of the island and the whole of Rhosili bay. And then it’s back to the mainland before the tide comes back in and and a short walk back to the car park and a coffee, or something stronger, in the Worm’s Head Hotel.

The walk is approximately 9 miles but has only about 1500ft of ascent.

Do search the programme for other great events!

You may also like the following events from Wales Outdoors: 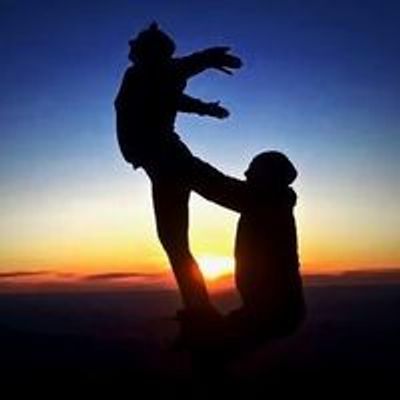