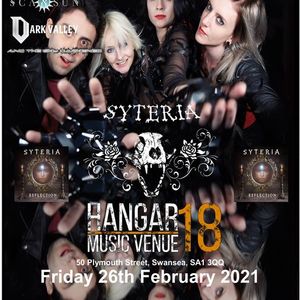 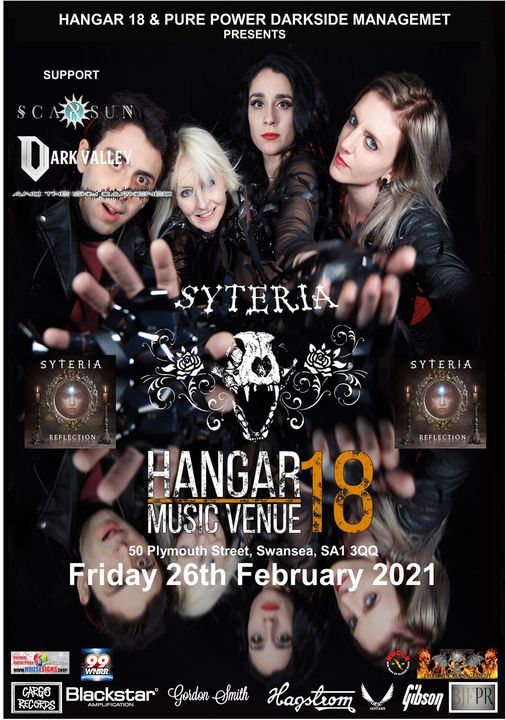 Syteria are a band formed by Jackie 'Jax' Chambers Lead Guitarist of the Legendary Girlschool and are based in Yorkshire, England.

They first came on to the scene with an introductory video for Christmas late in 2015 called Santa’s Harley.

Then they kickstarted a full on campaign in 2016 self releasing their EP 'Wake UP' featuring Mike Kenworthy formerly of Raven playing drums, Keira's (Bass) dad, who helped out whilst they secured a permanent drummer.

They added the final member of the band with Pablo Calvo, Julia's (Vocals) little brother, shortly afterwards playing gigs they were noticed and added to play the Main Stages at major festivals all over the UK.

In 2017 after a successful Pledge campaign, they recorded their Debut album Rant-O-Bot and received rave reviews from magazines and online here in the UK and abroad.

In 2018 Syteria were nominated for an Independent Music Award for the Album reaching the Final 5.

Then a new chapter of Syteria started in late 2019 with Keira leaving the band due to other commitments and was replaced with Steph Dawson, formerly of the band Scream Of Sirens.

Watch Syteria at Hangar 18 Music Venue in Swansea with February as they promote their new album "Reflection".

Scarsun was formed in 2014 by guitarist Matt Hall, after the break-up of his former band - Fell On Black Days. Having spent years on the UK gig circuit the mission was to create a band that was more musically open, without genre considerations but still with high energy & passion.

An exciting and energetic classic/hard rock band hailing from the Valleys of South Wales (UK). Formed in 2016, this power trio has a passion for performing, creating and and telling stories through the medium of thought-provoking lyrics and inspirational music. With songs that contain chunky riffs, searing solos, emotive and melodic bass lines with a solid percussive foundation with flair, this is a band not to be missed.

Opening support: And The Sky Darkened

Tickets for Syteria with support from Scarsun, Dark Valley & And The Sky Darkened can be booked here. 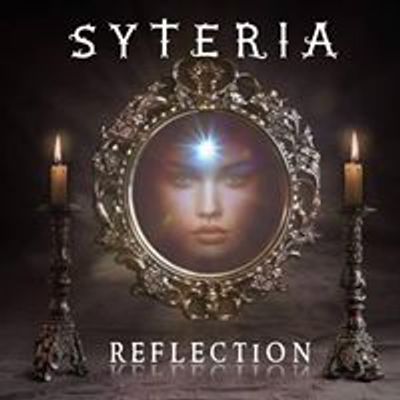