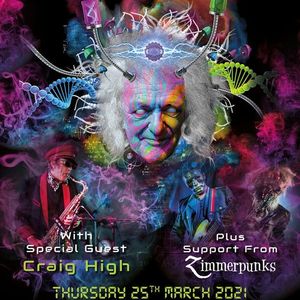 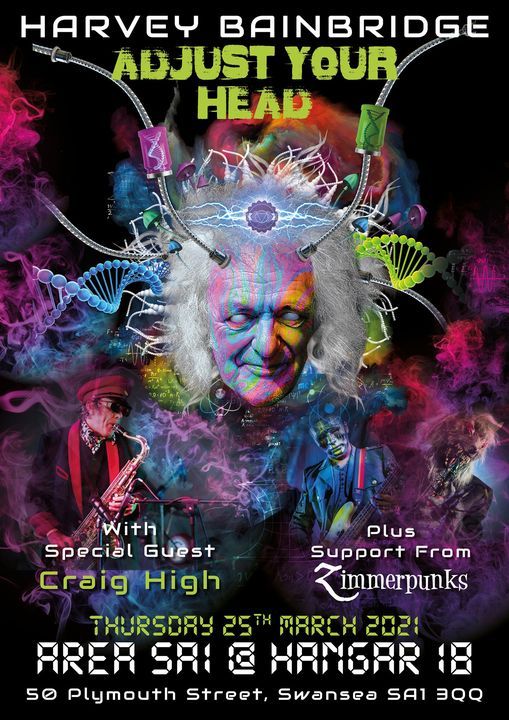 2021 is all about getting out and trying new things, as part of the Adjust your head tour you will experience an audio visual show that will transport you to another planet with guest musicians, dancers and a spectacular light show.

AREA SA1 want to share this experience and many more with you because we believe sharing experiences brings us closer together as a community (and because we’re scanning your minds and collecting data about your every movement).

Thanks to the hard work and generosity of Hangar 18 Music Venue advance tickets are available exclusively from www.ticket247.co.uk with ZERO BOOKING FEE, making this the best value date on the tour. So you’ll have more money left over to buy a T-shirt.

In 1977 Harvey Bainbridge joined Dave Brock & Robert Calvert from Hawkwind to create a band called Sonic Assassins where he played bass. Hawkwind briefly split up in 1978 and Brock & Calvert went on to create the Hawklords and they invited Harvey to join them. By 1979, the Hawklords parted ways and Dave Brock & Harvey went on to re-create Hawkwind. He continued to play bass with them until 1984 then Alan Davey was brought in to cover bass duties, while Harvey moved over to keyboard/synths corner where he excelled with his arsenal of electronica until 1991. In 2008, the Hawklords formed again where he played keyboards up until 2019 when he decided to concentrate on his solo projects.

Harvey has proven himself to be one of the longest tenured Hawkwind veterans to date. A one-man dynamo, he surrounds himself on stage with keyboards, synthesizers, and samplers. Harvey is known lyrically for his socially relevant commentaries and can soothe you with dreamy, spacey ambiance - or jolt your consciousness awake with his trancey, pulsating beats and direct vocal approach! His signature Hawkwind compositions such as "Dream Worker", "The Changing", "T.V. Suicide", and "Back in the Box" shows that Harvey has an acerbic wit and very keen observation while his contributions to Hawkwind classics like "Valium Ten", "Free Fall", "Angel Voices", "Coded Languages", "Dust of Time", "Mutation Zone", "Joker at the Gate", and the increasingly prophetic "Fall of Earth City" have helped Hawkwind maintain their legendary underground status. Since the early 1980's, Harvey has periodically released his solo and collaborative works on the side. These include, Harvey Bainbridge Live at Strange Daze festival in 2000 and Red Shift.

Harvey is a true free spirit and a gentleman who will escort you down some less travelled corridors in your mind with his thought-provoking lyrics and trancey beats.

You may also like the following events from Hangar 18 Music Venue: 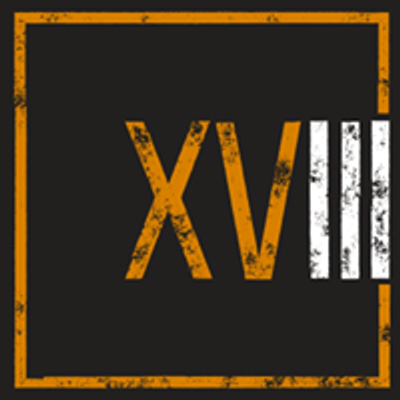