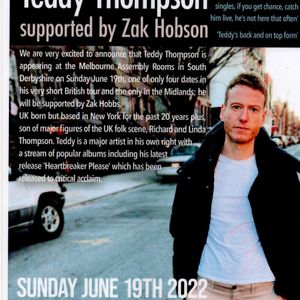 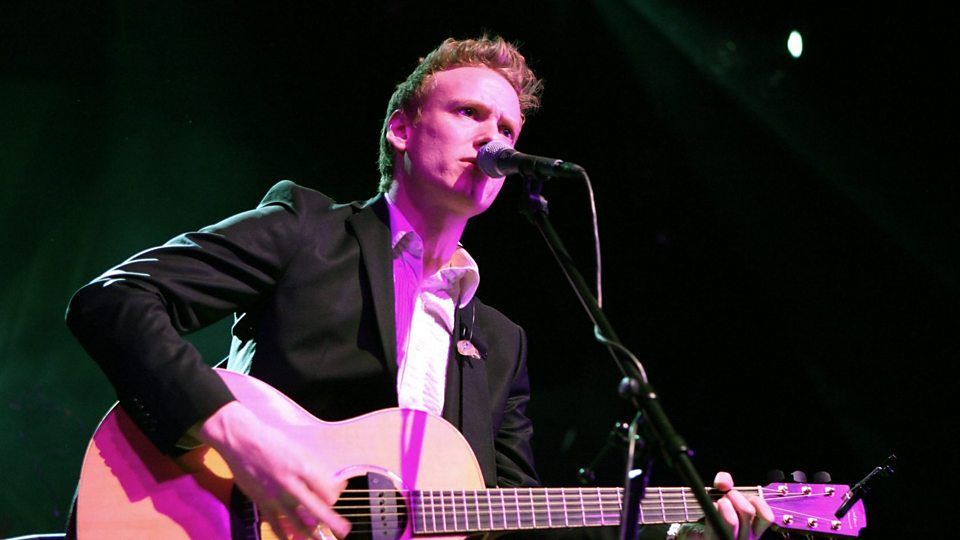 We are very excited that Teddy Thompson is appearing at the Melbourne Assembly Rooms in South Derbyshire on Sunday June 19th, one of only four dates in his very short British tour and the only in the Midlands; he will be supported by Zak Hobbs.
UK born but based in New York for the past 20 years or so, son of major figures of the UK folk scene, Richard and Linda Thompson. Teddy is a major artist in his own right with a stream of popular albums including his latest release 'Heartbreaker Please' which has been released to critical acclaim.
Melbourne Assembly Rooms has a limited capacity, tickets are £25, available on www.ticketsource.co.uk/mccl or from the venue (01332 863522, e mail to aW5mbyB8IG1lbGJvdXJuZWFzc2VtYmx5cm9vbXMgISBjbyAhIHVr)
Door 7pm, on stage from 7.45pm

You may also like the following events from Melbourne Assembly Rooms:

Tickets for Teddy Thompson in concert (MARs & Village Folk) can be booked here.