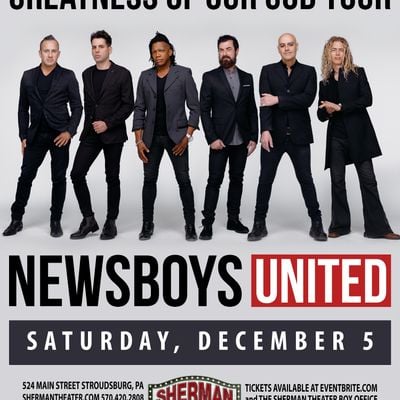 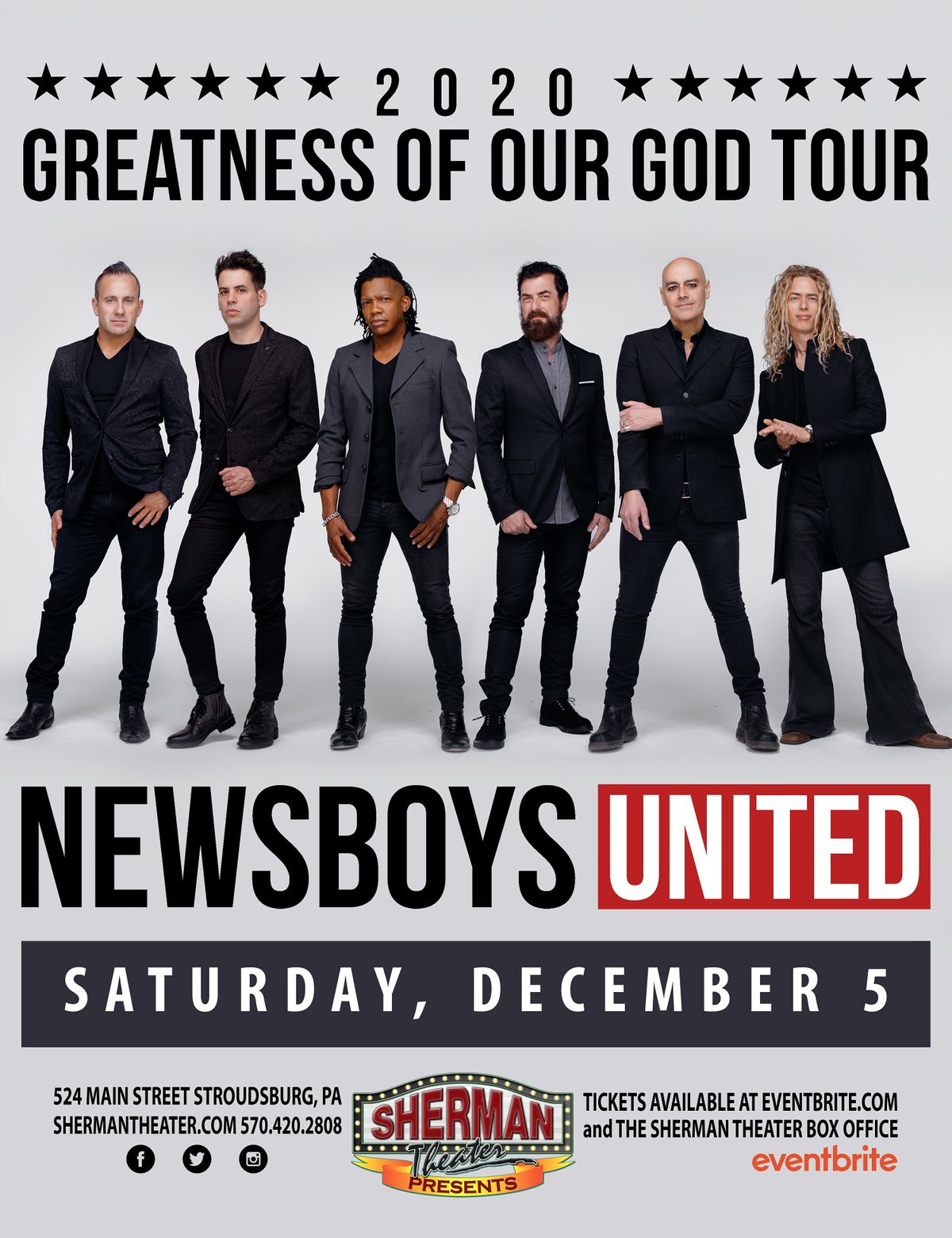 All Ages Admitted // 21 to drink with ID

This is a Reserved Seated event

FOR INFORMATION ON VIP BOXES AND SKYBOXES,

Can't make the show? Donate now to support so we can bring more events like this!

Having played to capacity audiences across the nation this fall, Christian music supergroup Newsboys United announced today it will extend its monumental “Greatness Of Our God” Tour into the spring of 2020. On the heels of the group’s history-making #1 album, United, the band plans to hit the road again next spring with a slate of nearly 35 new shows. Back by popular demand, the spring leg of the “Greatness Of Our God” Tour will once again bring together former members Peter Furler and Phil Joel with Newsboys’ Michael Tait, Duncan Phillips, Jeff Frankenstein and Jody Davis. The iconic band will be taking the stage to perform several of the new songs from their recently released United album, as well as a set of songs spanning their three-decade career, from recent chart-toppers “God’s Not Dead” and “We Believe,” to classics like “Shine” and “Entertaining Angels,” among many others.

Tickets for the “Greatness Of Our God” Fall Tour will be on sale in most markets by Friday, Nov. 8, and special VIP add-on packages are also available which include early entrance, pre-show Q&A with Newsboys, souvenir tour laminate and poster, and exclusive VIP location for buying tour merchandise. A limited number of Platinum VIP packages will also include an exclusive photo with Newsboys backstage. For more information and to purchase tickets, visit Newsboys.com.

Newsboys’ latest release, the groundbreaking United, debuted at #1 on the Billboard Top Christian Albums chart following its May 10 release. A 10-song collection of compelling praise & worship moments and powerful pop tracks, United was produced by Peter Furler and Geoff Duncan and showcases four songs co-penned by Furler. The album is highlighted by the hit debut single “Greatness Of Our God,” a triumphant worship celebration showcasing Furler and Tait on lead vocals, and also includes “Love One Another,” with guest vocals from Kevin Max; pulsing praise anthem “Only The Son (Yeshua)”; “Symphony,” a call to complete surrender; and the worshipful “Set Me Ablaze,” which was originally recorded by Bethel Music and written by Mia Fieldes, Bryan & Katie Torwalt and Jacob Sooter.

One of the most influential bands in Christian music history, GRAMMY®-nominated, Platinum®-selling Newsboys have sold more than 10 million units, amassed eight Gold® certifications, 33 #1 radio hits, four GRAMMY® nominations, two American Music Award nominations and multiple Dove Awards. Since their formation in Australia three decades ago, Newsboys have released 24 recordings and their signature songs include “We Believe,” “He Reigns,” “Miracles,” “Born Again” and the Platinum® certified mega hit, “God’s Not Dead.” For further information visit newsboys.com or follow the band on Facebook, Twitter and Instagram.

Tickets for Newsboys UNITED - Greatness Of Our God Tour can be booked here.