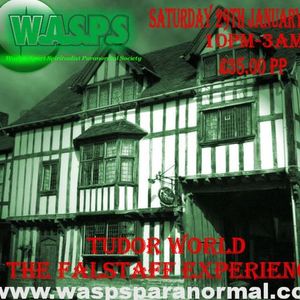 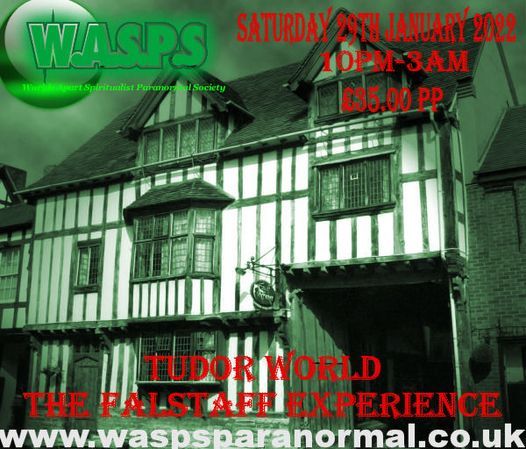 Situated in the historic town of Stratford Upon Avon, Tudor World is a step back in time, taking you to the days of Elizabethan England and the Plague. The museum sits in Shrieve’s House Barn. Shrieve was one of Henry VIII’s most loyal archers and possibly the local sheriff.
During the 16th century it was used as a tavern and it is said the tavern-keeper, William Rogers, was the inspiration behind Falstaff - Shakespeare's character who appeared in three of his plays. Shakespeare himself may have supped a pint in this very building as he was rumoured to be a close friend of the family!
In the 17th century, it housed soldiers wounded at the Battle of Edgehill, a fierce bloodshed from the English Civil War and Oliver Cromwell himself is said to have bedded down in the Shrieve House next door!
Tudor World is rumoured to be home to over 40 ghosts! Visitors to the attraction often report strange activity during the day and at night the museum is said to be quite foreboding!
William Shrieve is said to haunt the building along with a strong male presence thought to be fond of rape and murder! A little girl is often reported by staff and they believe it is her who rearranges exhibits in the museum overnight possibly a pickpocket from the buildings time as a tavern.
Parliamentary soldiers are often seen and a strange hooded figure is said to glare at you with red burning eyes!
Tudor World is simply a must for any ghost hunter and has been described by many as the most haunted and terrifying building they have visited!
We have access to the building from 10pm – 3am
Please be aware that tickets for this event are limited so get in quick to avoid disappointment!
Just £35.00 pp
with £15.00 non refundable, non transferrable
Light refreshments will be supplied including tea and coffee

Wasps Paranormal
Follow Contact
About The Host: Welcome to W.A.S.P.S !! Home of our Paranormal Investigation team. Affordable paranormal events all over the country. Join us for a night to remember !!!
Website Link: HTTP://WWW.WASPSPARANORMAL.CO.UK/
Are you the host?
Nearby Hotels Tudor World-Falstaff Experience, 40 Sheep Street, CV37 6EE Stratford-upon-Avon, UK, Stratford-upon-avon, United Kingdom
Report a problem ?