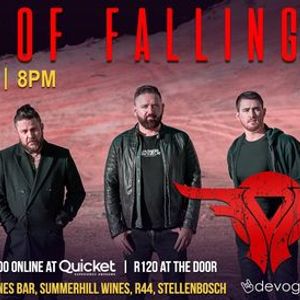 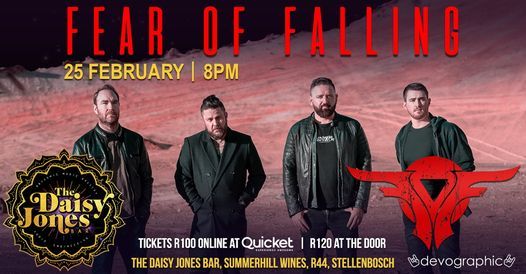 FEAR OF FALLING is gearing up to take things to a blistering next level! The seasoned collected talents of drummer Dale Schnettler (Prime Circle), guitarist Lloyd Timke, vocalist Jack Atlantic and bassist Brendon McCaig (You, Me and The Harmony) have been hard at work preparing their album TURNING POINT, and they are excited to rock Cape Town at The Daisy Jones Bar on Friday 25 February 2022.

TURNING POINT is a commanding collective of Rock and Alternative tracks that look set to catapult this talented quartet to the biggest Rock Band in South Africa, and beyond …