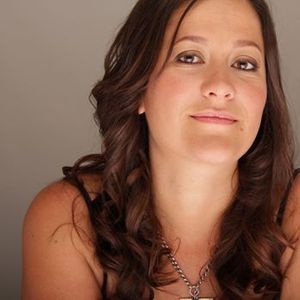 
Luna is also owner of Iluminar Productions where she develops and produces music theatre productions such as Die Ander Konsert: in jou omgewing, Korreltjie Kantel, Her Blues and brand-new production Smeltkroes which will be making its debut at KKNK and Suidoosterfees in 2020.

Paige dedicated much of her creative time to Iluminar Productions over the last couple of years. In 21 Years later she challenged herself to dig into her notebooks, diaries, poems and notes written over the last 2 years and to use these as inspiration for new songs. She wants to present these new songs at Toyota US Woordfees before she decides which songs will make it onto her next album. Come and celebrate her 21st birthday in the industry on the 14th of March at Woordfees (Stellenbosch).

A 21st year in the music industry is a big moment and a trigger for reflection and renewal. In 21 Years Later Luna offers her audience new music while she rediscovers the art of and love for song writing. The new material is a result of introspection about her place as artist in a diverse music industry within the current socio-political climate in South Africa. In her own words:


“I am celebrating my 21st year in a tough industry. While celebrating I can’t help but ponder on my relevance as an artist in this country. I can’t help but ask myself in what way I am contributing to the cultural landscape of this interesting and colourful country of ours. I think it is important for all artists to evaluate their relevance every now and then. To honestly look at what it is they are creating, why they are creating it and how it is contributing to the legacy of our musical archives. I have no idea what will come out of my own introspection. What I do know is that with a new enticing yet challenging decade ahead of us – it is important to let go of the old things that are not working, to hold onto that which is working and build on it, to embrace the unknown and to be brave enough to be fearless and honest representations of ourselves and our ideals”.

You may also like the following events from Luna Paige: