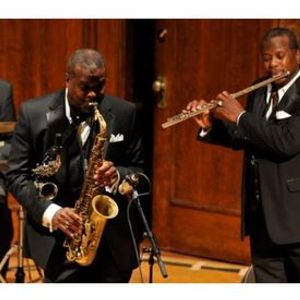 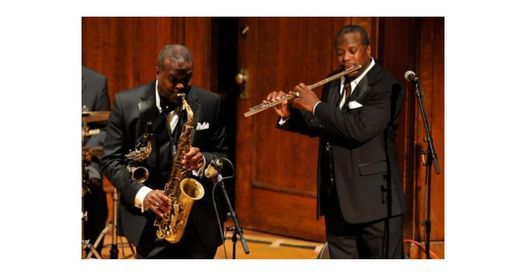 Once in a while a person gets so lucky that they pinch themselves. For the normal promoter at Joe's Cafe, this is such a moment.

The Bosman Twins are in the super heavyweight division of jazz. If you don't know them, well, you don't know jazz in STL. Period. They have been playing super high end jazz in STL for decades. Joe's Cafe had arranged for them to play in early May but they reached out wanting to do a February show as well and we said, heck yah! So the guys are bringing some other great musicians with them and will absolutely light the roof on fire! It looks like the Mighty Mix (Darrell Mixon) and the one and only Ptah will be behind them for starters. More to be announced soon.

We are doing things a little differently for this one. First, it's on a Saturday night. Second, it's a variable price range. All tickets are $20 but if you are a student we will give you $5 cash at the door with a student ID. (It's kind of weird but it should work). Third, we are starting the show at 7pm instead of 8pm. So it's doors 6, show 7. Fourth, the band will likely play a little longer with a shorter break. Expect about an hour and a half of playing before a break. These guys are going to stretch it out and we aren't going to stop them. They will determine the course of the evening and our fate is with them. We are in good hands!

It is black history month and the artists are paying tribute during this time. There will no doubt be more than a nod in this direction.

The "normal Joe's rules" don't really apply this evening because this isn't a "normal Joe's show". We do ask that you be vaccinated against Covid-19 and will remind you that we don't sell food or alcohol so please bring your own. Park on Des Peres and not on Kingsbury as the folks who live on Kingsbury get upset if they don't have somewhere to park at night. We encourage students to attend this show as the guys are hoping to have some younger jazz fans there. A "student" is basically anyone under 25. Yes, the club that normally asks you to be over 25 is now encouraging young people to show up to the tune of a $5 discount!

Alright, well, that's enough for now. This one will sell out quickly folks so get those tickets while you can. See ya there!

Tickets for The Bosman Twins play The Moose Lounge Show at Joe's Cafe! can be booked here.