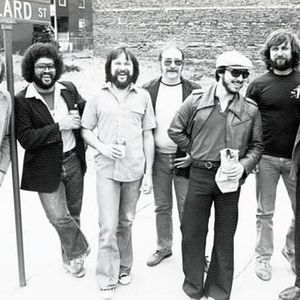 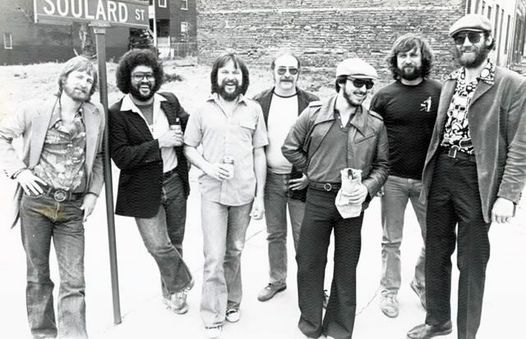 This is the band that started it all at Joe's Cafe. One day Arty and Bill were sitting in the back and Bill casually suggested that Arty have a show at the place. (It was not Joe's Cafe then.) It was a "why not?" sort of moment so the Soulard Blues Band played a show and a few people showed up and everyone had fun. So they did it again the following weekend. And the one after that. Finally Arty told Bill that he should probably get other bands before people get tired of seeing the same band over and over. So Bill started hiring all his favorite bands and best friends to play each weekend. After much trial and error Joe's Cafe came to the place where it is today. The Soulard Blues Band has been playing there regularly the whole time. The way Joe's is going today we save this founding band for the holiday season when Bill's kids come home and the place is full and humming. So it's an annual ROMP and we are gonna have a swell time!

The photo on this event is a picture of the band from a few decades back. Sometimes it's fun to hearken back to when the whole thing started. Maybe we can convince Arty to tell us about this picture at the show.


SOULARD BLUES BAND
After 25+ years and many incarnations, the Soulard Blues Band - arguably the hardest working band in town - still tears up the town one show at a time.

It is not every band you run across that has a mission beyond just steady giggin', but then again, as one of the longest-lasting acts around - and with nine straight wins in the "Best Blues Band" category in a popular local poll - the Soulard Blues Band is not just any band.

As bassist and sole remaining founder Art Dwyer will tell you, "Our mission always is just to leave things around a little better than we found 'em." That ethic applies equally to song arrangements, the mood of the audience and the entire musical scene in this city that birthed such towering talents as Miles Davis, Johnny Johnson, Henry Townsend, Oliver Sain and many more.

Thanks for following these simple rules, it makes it work for everyone.