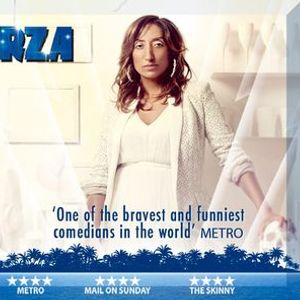 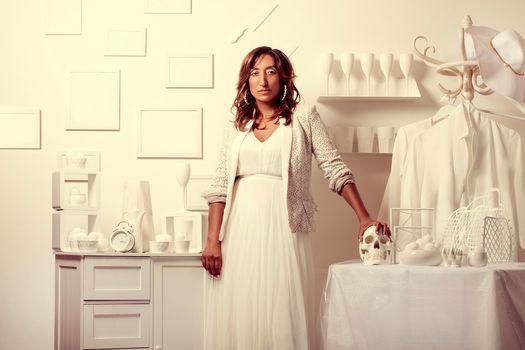 Strap in for a hilarious and uplifting joyride into the art of survival in a world of crocodiles, coconuts, solitary confinement and alpha males in award-winning, critically acclaimed Shazia Mirza’s brand-new show.

Following the success of her last solo shows, ‘With Love From St. Tropez’, a riot of Brexit, buquas and butt-plugs through the lens of the periodic table, and ‘The Kardashians Made Me Do It’, a searing and urgent exploration of life, love and Jihadi brides, Shazia is now taking on the burning issues of our time. What’s going on? Why is everyone fighting? Why does everyone hate each other? Who the hell is Alexa? And why are there no women left with real eyebrows? Women are in fashion now but the eyebrows come and go? And why do all the right-wing papers keep calling her for answers every time there is a paedophile with the same skin colour as her? Can we really educate people? Can we drag anyone forward against their will?

Recently seen back to absolute basics in Channel 4’s Celebrity Island with Bear Grylls, taking a speedy turn (2.07 seconds to be exact) in BBC2’s Top Gear and temporarily enjoying the high life in Channel 4’s Travel Man – 48 Hours In… Côte d’Azur, Shazia has also guested on ITV’s Jonathan Ross and Loose Women, BBC1’s The One Show, and is a regular panellist on Channel 5’s The Wright Stuff. Other TV credits include Have I Got News For You (BBC), F*** Off, I'm a Hairy Woman (BBC), Celebrities v Child Genius’ Christmas Special 2018 (Channel 4), Celebs In Solitary (Channel 5), NBC's Last Comic Standing, Beautiful People (BBC2), The World Stands Up (Paramount Comedy)and The Late Late Show (RTE). She has also appeared on BBC Radio 2’s Graham Norton and Steve Wright, Radio 4’s The Now Show and Saturday Live, and her Pause For Thoughts can often been heard on Radio 2’s Vanessa Feltz Show.
In 2008 she was listed in The Observer as one of the 50 funniest acts in British comedy, won 'Columnist of the Year’ at the prestigious PPA Awards for her fortnightly column in The New Statesman and won The GG2 Young Achiever of the Year Award. She has performed all over the world, selling out performances from Singapore to Kosovo, and regularly writes for various publications, including The Guardian, The Financial Times and New Internationalist.
PRESS ON SHAZIA
★★★★ “The bravest thing you’ll see on a comedy stage this year “SUNDAY TIMES
★★★★ “Shazia Mirza is provoking laughter and large intakes of breath once again … brave and urgent” THE TELEGRAPH
★★★★ “One of the bravest and funniest comedians in the world” METRO
★★★★ “As brave a piece of comedy as you’ll see” MAIL ON SUNDAY
★★★★ “Properly funny, chilling and superb” THE SKINNY
★★★★ “Delightfully written…an accomplished hour” ONE4REVIEW
★★★★ “Shazia Mirza is dry as they come, sharp socio-political sass” FRINGE BISCUIT

You may also like the following events from Hanger Farm Arts Centre:

Tickets for Shazia Mirza - Coconut can be booked here. 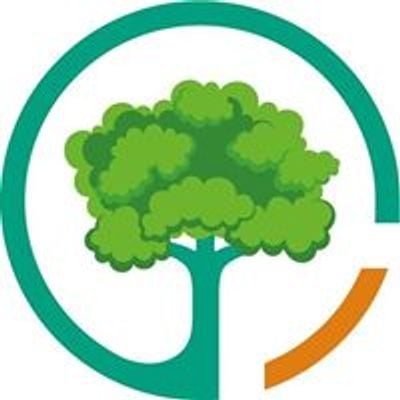