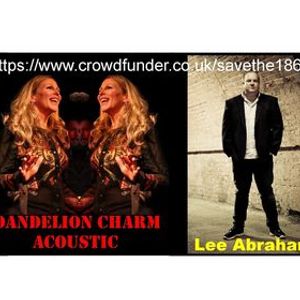 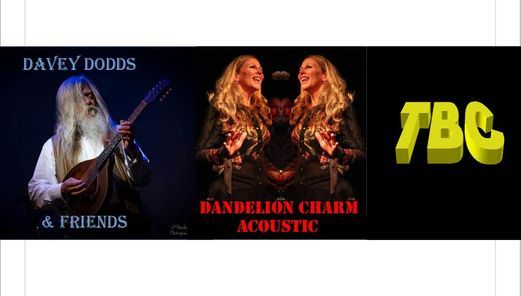 Lineup is subject to change, dependent on the ‘Tier’ that each artist is based in.​
I expect to have a third act but will not know until nearer the date who it will be

DAVEY DODDS, described by Fantasy Forest Festival this year as ‘The master of Celtic rock’n’reel’ is a songwriter of some renown. Top performers frequently record his songs – the classic ‘Magpie’ appeared on the Unthanks recent album, Mount the Air, was used for The Detectorists on BBC2 and was performed at the Proms in 2018. It was recently performed by Dave Gilmore in a Facebook stream at about 22:40 here Davey has an interesting musical history. Once upon a time, he was the front man of the quintessentially English prog rock band Red Jasper, who topped the bill at The European Symphonic Rock Festival, at The Noorderligt in Holland in 1994. In those far off days, he also played as an acoustic support act for Fish in Holland. When the Dutch record label, SI Music went bust in 1994, Davey stopped playing music and moved to a different planet. For many years, he worked as a fly-fishing guide in remote, wilderness locations. Now that he’s been cajoled back onto the boards, he’s busy writing songs, grown from the roots and bones of his home in North Cornwall. A new solo album, Toadstool Soup, has received rave reviews and he should have been playing main stage slots at big festivals to promote it. He’s lucky to be back in Blighty – he caught the last flight from Poland before the Corona insanity derailed Pendragon’s big European tour. He’s itching to get back to playing with his real live band members to real live human audiences! His live shows fizz with energy. Incisive lyrics and startling musicianship will rattle your braincells and put blisters on your feet. Because he writes great songs and performs with real stage presence, top musicians regularly join him for live shows. Davey is convinced that playing music is making him younger. By this time next year, he fully expects to be in his early thirties!

Newhaven-based DANDELION CHARM combine prog, folk and rock influences into a luxurious blend of intricate harmonies, soaring melodies, superb musicianship and heartfelt lyrics. Imagine Fleetwood Mac meets Opeth and CSN meets Yes. Very much a personal as well as a creative partnership Dandelion Charm sprang to life in 2015, the brainchild of John and Clare Fowler performing as a duo, trio and with a full band. As a live act Dandelion Charm have been wowing audiences, with slots at The Real Music Club, The Cambridge Rock Festival, Cropredy Fringe, The Big Green Cardigan and Purbeck Valley Folk Festival.

Tickets for Davey Dodds & Friends, Dandelion Charm and TBC can be booked here. 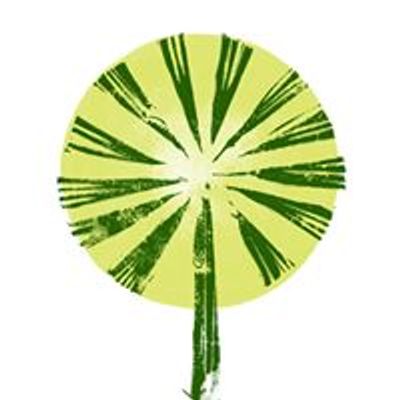 Dandelion Charm
Follow Contact
About The Host: Like Buckingham and Nicks without the agro. Scorpio song writers with a love of harmony and epic outros, think CSN meets Yes.
Website Link: http://www.dandelioncharm.com
Nearby Hotels The 1865, Brunswick Square, Southampton, United Kingdom
Report a problem ?