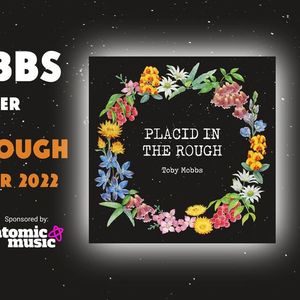 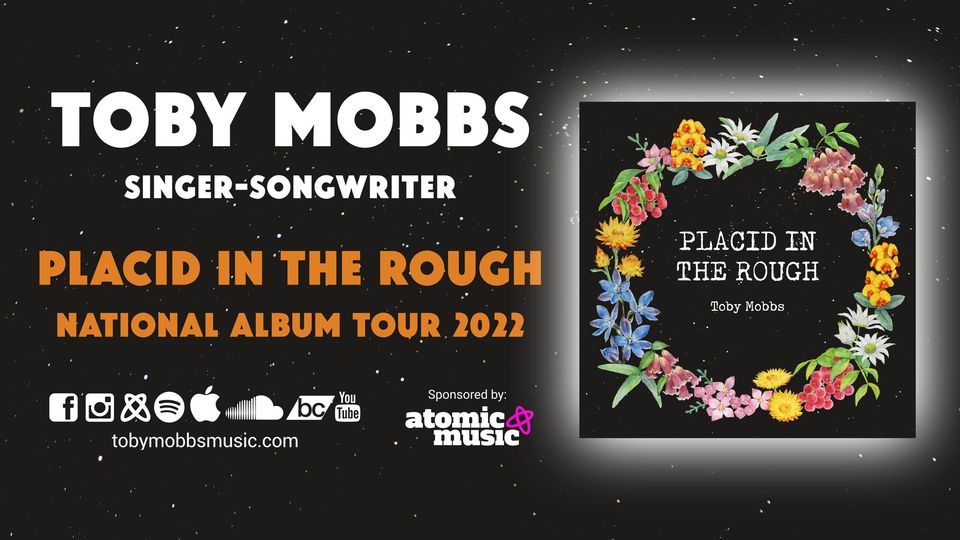 Toby Mobbs will be showcasing stripped back versions of his debut album ‘Placid In The Rough’ on his first national tour, starting in his hometown of Wagga Wagga, playing every capital city, before a final show in his current home of Albury-Wodonga. Toby will be supported by an array of local support acts, many of which feature on the album.

Listen to ‘Placid In The Rough’: https://tobymobbs.lnk.to/PlacidInTheRough

Toby Mobbs is a librarian by day and pop-folk singer-songwriter by night. Mobbs has sought to carve a unique music style both live and in the studio by incorporating thick, dynamic, and rhythmic guitar, warm vocals, and introspective lyrical storytelling. When not in his hometown of Albury NSW, you will find him traveling around Australia finding new towns and audiences to connect with, providing insight into the stories behind the music, and promoting his latest studio releases.

While Toby has been labelled one of the hardest working independent touring musicians in the country, his studio recordings shine a different light to his stripped back performances on stage. These recordings break far away from the solo artist typecast, showcasing a unique interpretation of the many musical genres that inspire his writing.

In 2020 Mobbs announced his ‘Making Lemonade’ Regional Tour consisting of thirty-nine shows across regional New South Wales and Victoria. The tour promoted his debut single by the same name which took out the #1 spot on the Atomic music charts for an unprecedented 15 consecutive weeks, gaining the first 'Triple Uranium' award. In 2021 Mobbs' follow-up track 'Moments' shot up the Triple J Unearthed Chart gaining the #1 spot for Rock and #2 overall. Other charting accolades include reaching #3 on AMRAP's national weekly regional charts with 'Just One Thing' in 2021.

Can You Keep A Secret ?
Follow Contact
About The Host: It's a lounge bar! It's a vintage shop! It's a way of life ;)
Website Link: http://www.canyoukeepasecret.net.au
Are you the host?
Nearby Hotels Can You Keep A Secret ?, 619-621 Stanley Street, Woolloongabba, South Brisbane, Australia
Report a problem ?