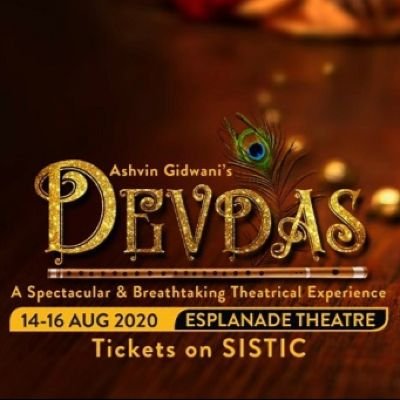 Esplanade - Theatres on the Bay, Singapore 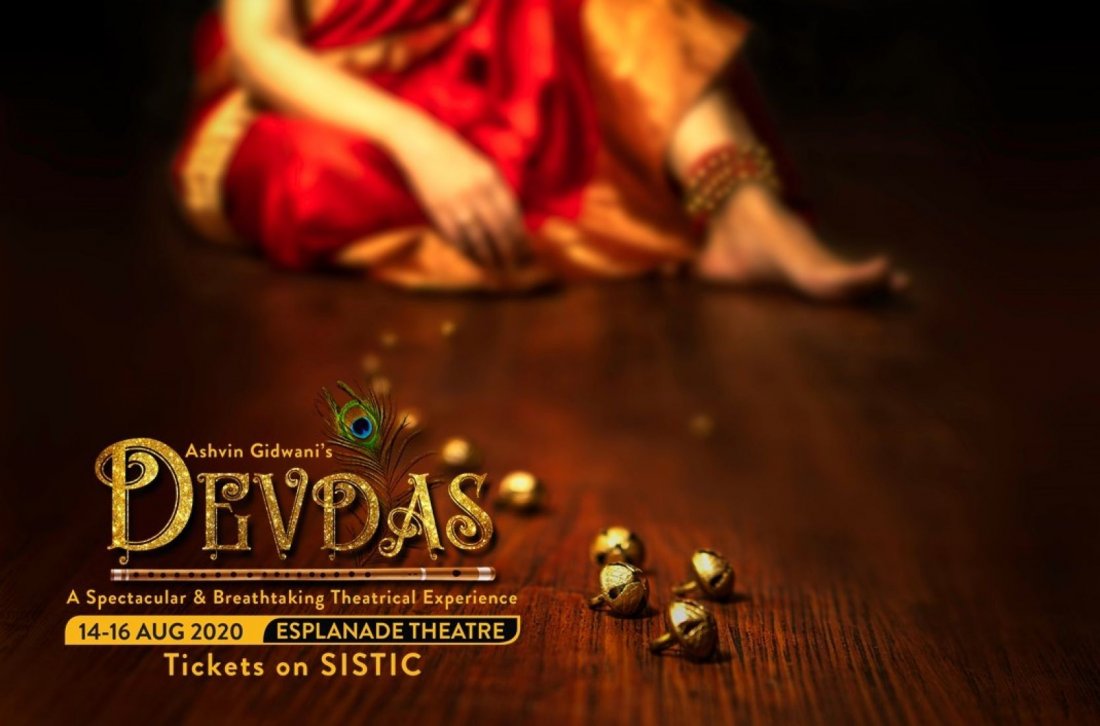 Due to the COVID19 situation in Singapore for the safety of our cast crew and patrons Devdas the Musical is postponed. The March dates are postponed to August 2020. This event is produced by AGP World and co-produced by Arte Compass and ZEE TV. They together are bringing 4 shows this coming August 2020. 1 show on Friday 14th August 2 shows on Saturday 15th August & 1 show on Sunday 16th August 2020 at Esplanade Theatre.

Devdas a novella by Sarat Chandra Chattopadhyay is probably one of the most famous love sagas in Indian Literature.

Translated into almost every major Indian Language this novella has seen its glory in Indian Cinema.

This time AGP World brings this Classic on Stage with all the grandeur! AGP World’s theatrical rendition has a universal appeal and is narrated by Chandramukhi a courtesan and principal character in the musical an opportunity to delight hearts with eternal music and dance to continue the rich legacy.

It is the story of Devdas and Paro childhood sweethearts who are torn apart when Devdas is sent away to Calcutta by his father the local zamindar. When Devdas returns to his home town now a handsome lad Paro asks him to marry her. But Devdas is unable to stand up to parental opposition and rejects the proposal. Stunned Paro agrees to marry an elderly widower. Devdas returns to Calcutta but every waking hour of his life is now filled with thoughts of Paro and his unfulfilled love for her. Heartbroken he seeks solace in alcohol and in the company of the glamorous courtesan Chandramukhi. She falls in love with Devdas even though he can only think of Paro and his love for her while drowning himself in his misery. It is now his destiny to hurtle on relentlessly on the path to self-destruction. His tortured life ends when dying of a liver ailment brought on by alcoholism he journeys to Paro’s house one last time. Arriving in the middle of the night he dies unknown untended at her doorstep. And now AGP World shares with you what happens to Paro and Chandramukhi after Devdas passes on ! And is this unrequited love or eternal love ?

Devdas has enthralled readers and filmgoing audiences alike for the last century. This new adaptation brings the classic tale of star-crossed lovers for a new generation of readers. The stage version will have twelve songs dance recitals aerial choreography and grand sets that highlights the underlying passion of the original story.

Tickets for Devdas The Musical can be booked here.

Esplanade - Theatres on the Bay, Singapore