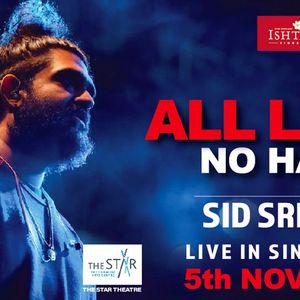 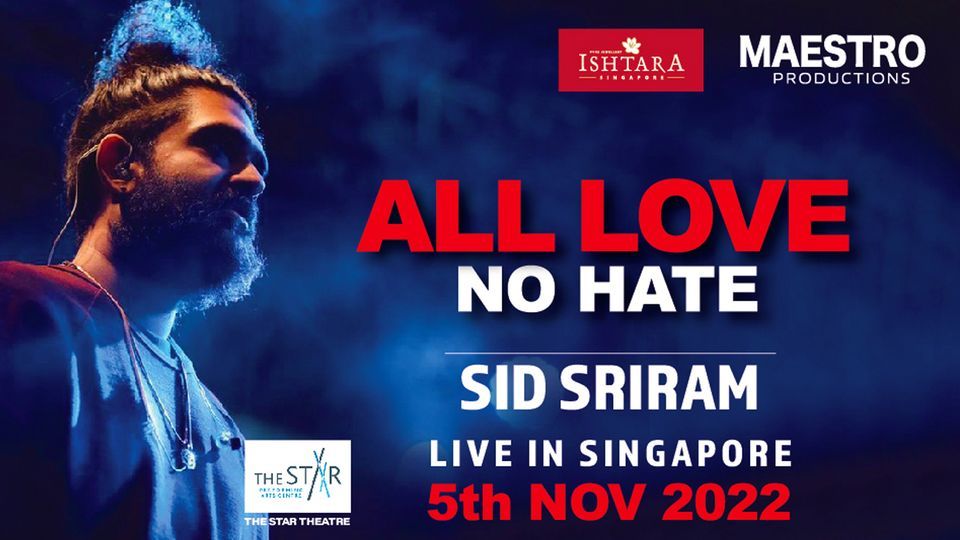 Sid Sriram performs live in Singapore on 5th November 2022 at The Star Theatre, as part of his ALL LOVE NO HATE world tour. This marks his 3rd full-fledged music concert in Singapore since 2016. Hailed as the New Voice of South Indian Music, Sid continues to be a trendsetter, smashing charts, scooping awards, mesmerising millions with his magical voice and music since his debut with the hit song ‘Adiye’ from the movie ‘Kadal’ composed by the one and only AR Rahman in 2013. An accomplished Carnatic Singer who is also trained in western R&B styles and having attended the prestigious Berklee College of Music, Sid Sriram is unlike any other singer in his generation.

The Sid Sriram Concert is not just an event. It will be a mind blowing experience, enthralling and unique in its own way. He will perform songs that has moved the Indian cinema as well as hand-picked songs from his recently released album Entrophy. Sid will perform live with his touring band, which includes world-class musicians like Keba Jeremiah, Ramkumar, Tapass Naresh, Sanjeev T and Leon James. It is a musical celebration not to be missed!

You may also like the following events from The Star Performing Arts Centre:

Tickets for ALL LOVE NO HATE SID SRIRAM LIVE IN SINGAPORE can be booked here.